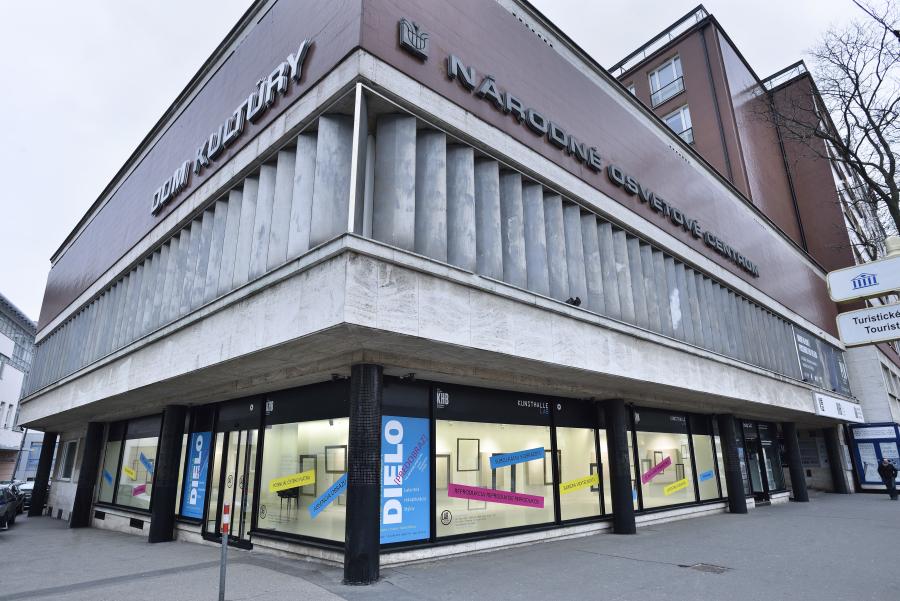 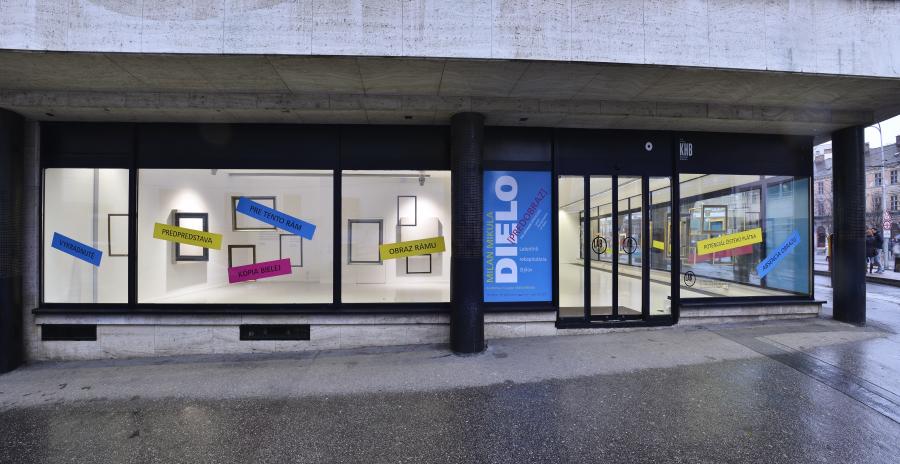 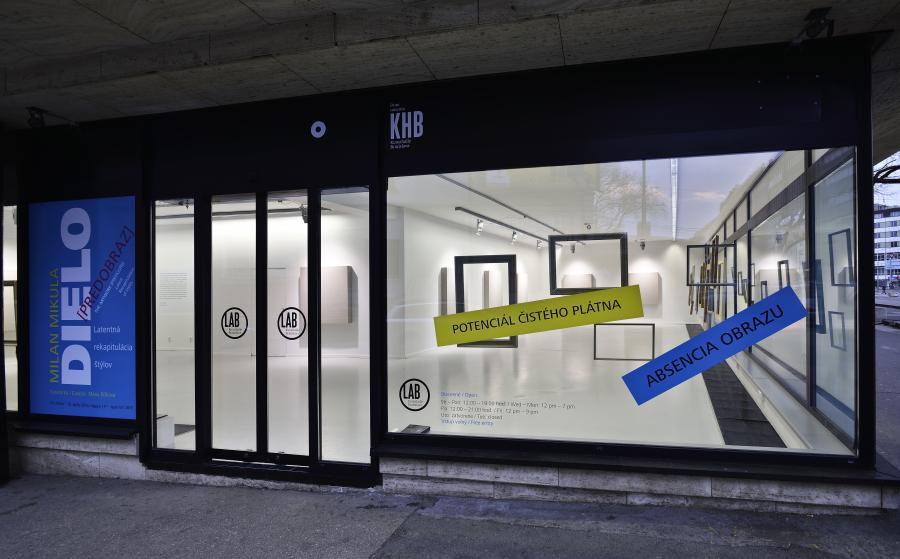 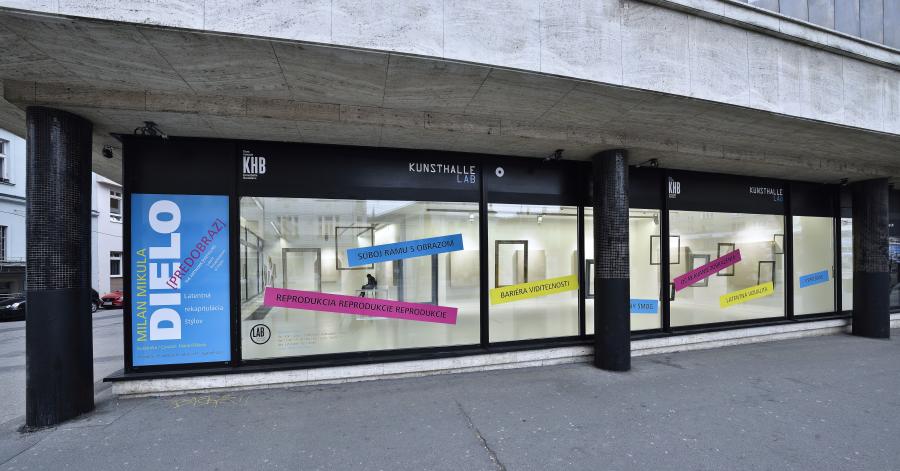 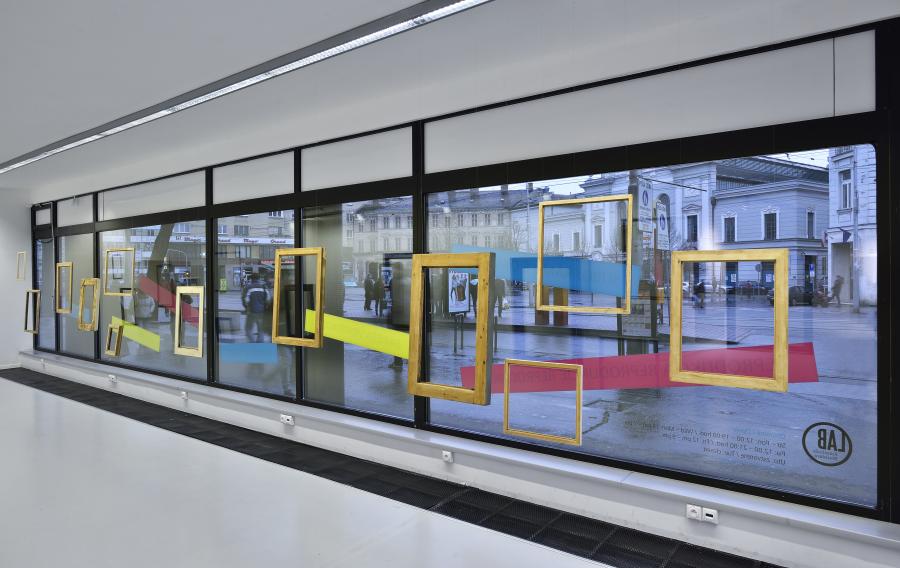 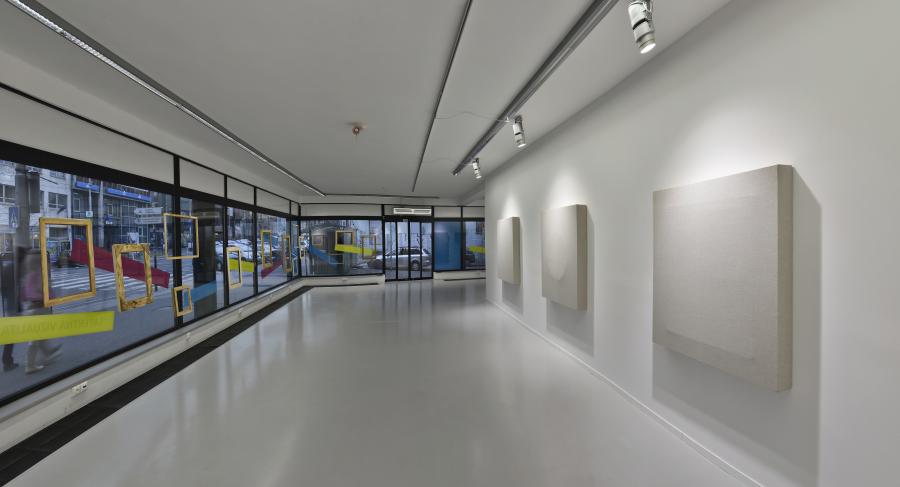 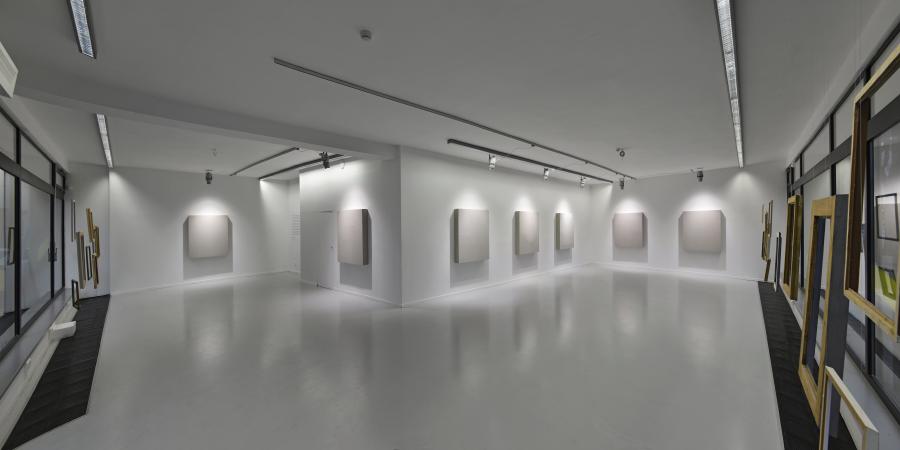 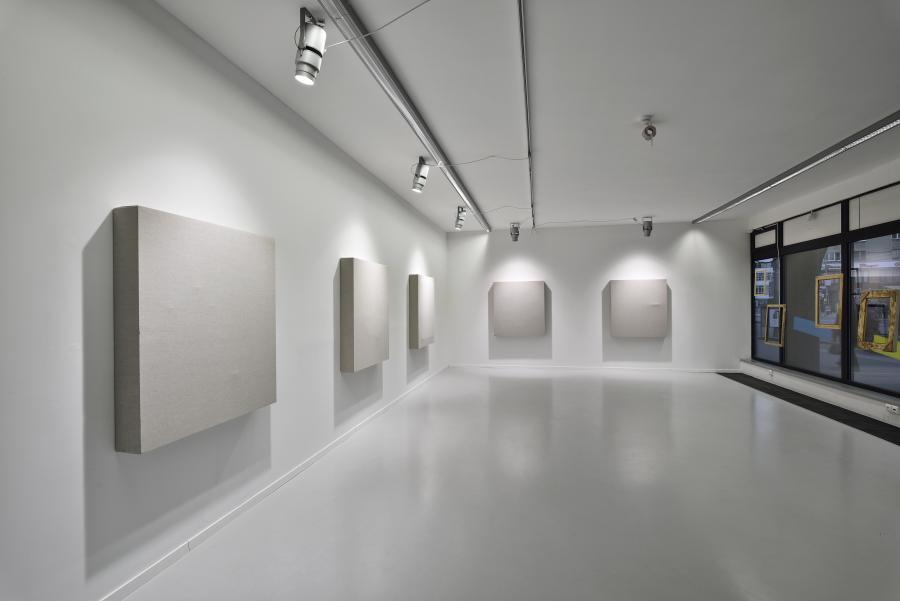 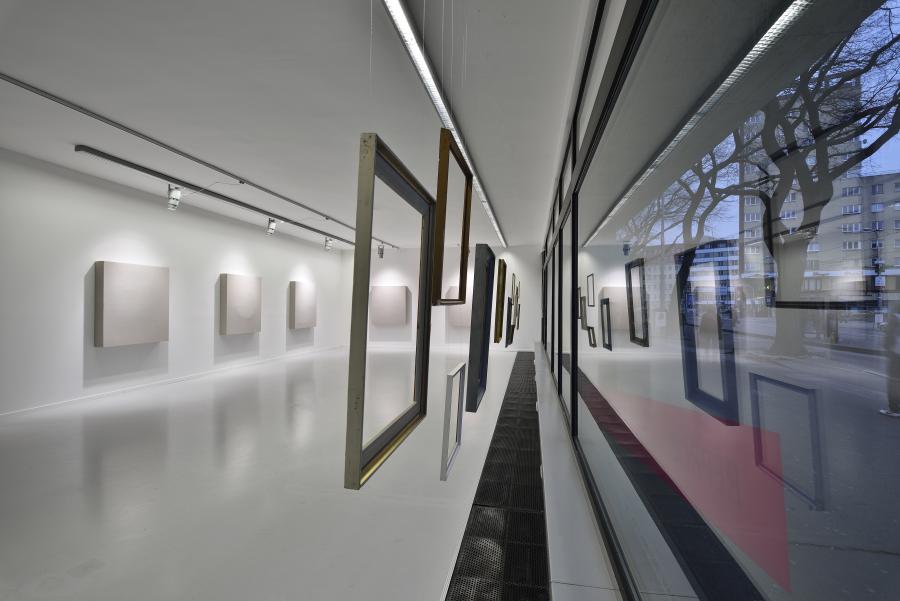 “We live in a world where there is still so much more unknown than known.”

For Milan Mikula, an ideal place for embodying his ideas is a laboratory – bot not an ordinary one, rather a cross of an inventor’s workshop in a mad avant-gardist’s studio that we’ve entered in the middle of his most recent experiment. We have a feeling that the object of this experiment is a work of art, leaving us curious about its hypothesis.

Judging by what’s presented on display, we are witnessing a frame of the artwork combating with the painting. As we observe the potential of the naked canvas, we’re wondering whether this is some visual smog or just another reproduction. The frames in displays evoke the original function of the space – a shop named Dielo (Artwork) that closed its door over a decade ago. This motif is, however, a secondary one, significant only for the local context, resembling Mikula’s tendencies to play with words and their meaning in different layers, which might be confusing for the passer-byes.

The real object of Mikula’s experiment is not the artwork itself, but rather its prefigure – the “pre-condition” of its creation, the background impulses, circumstances, processes and contexts. The artwork is absent; the empty frame seems to be awaiting some content (or has it lost it already?), turning the naked canvas into its potential substitution.

Prefigure is one of the permanently recurring notions/concepts present in the oeuvre of Milan Mikula. His paintings often arise as “works in progress”. One motif is added to another, modifying it while being formed by the process, adapting impulses followed by responses, which are then translated into further situations and artworks. Mikula creates his works step by step, interested in turning points, as well as the moments preceding and following them.

The interactive environment of the ARTWORK (PREFIGURE). Latent Recapitulation of Styles can be considered as an expression of the core principle of Milan Mikula’s work. We are witnessing potential creation of a painting, a process triggered by the viewer’s movement. The artists is “merely” the architect of the background, the author of the idea and the designer of the context providing creative impetus and letting the viewer intervene into his own work subsequently.

The question is: Who or what is the spiritus movens in this process? Is it the author, the viewer, or the avant-garde styles the traces of which are apparent to attentive observers as they step closer to the canvas? Forms of expressionism, pointillism, vorticism, surrealism, postmodernism, constructivism and minimalism emerge from non-being for a few moments to indicate the major question ­of how to physically embody an idea so that it will last. However, this line remains uncrossed in the postfigures, leaving the final work uncreated – everything returns to its original state after the viewer-mover and later the mover-author are gone.

“Uncertainty sparks attempts to decipher the cause, foresee the effect while serving as a source of inner restlessness that causes obsessive urgency to comprehend the whole and get behind the barrier of the misunderstood and incomprehensible.” And yet, what comes before or after it remains unimportant, as “we find out that the key is in the constantly dynamic realm of what’s IN BETWEEN.”