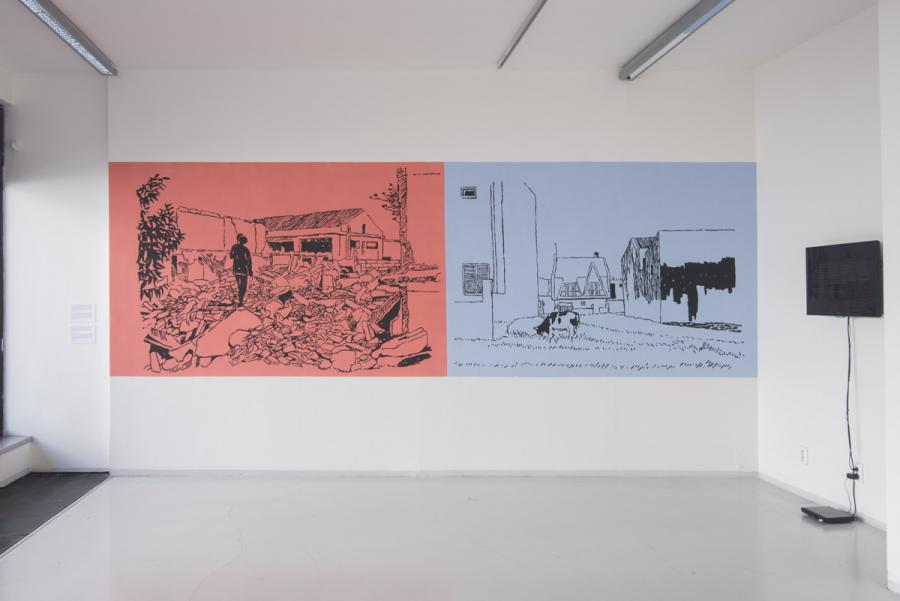 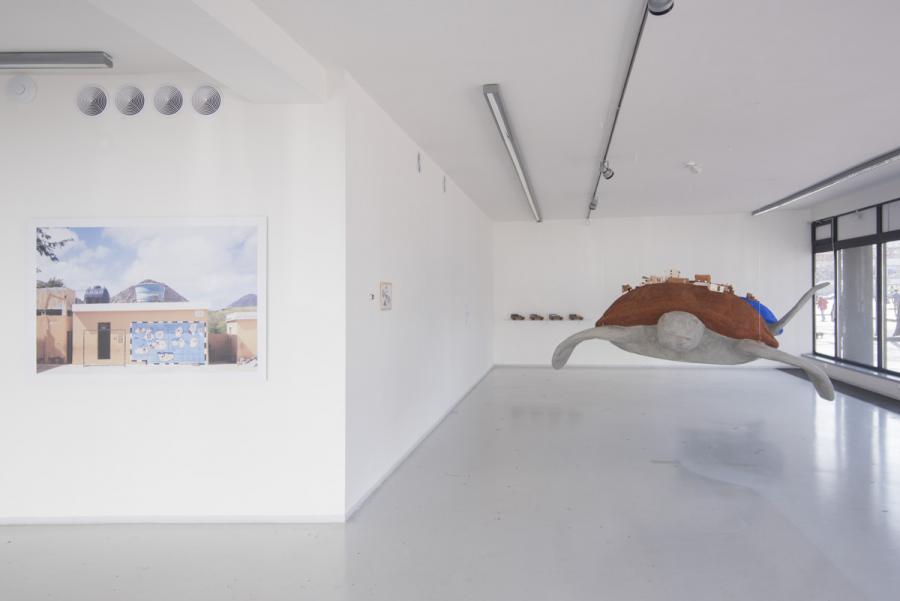 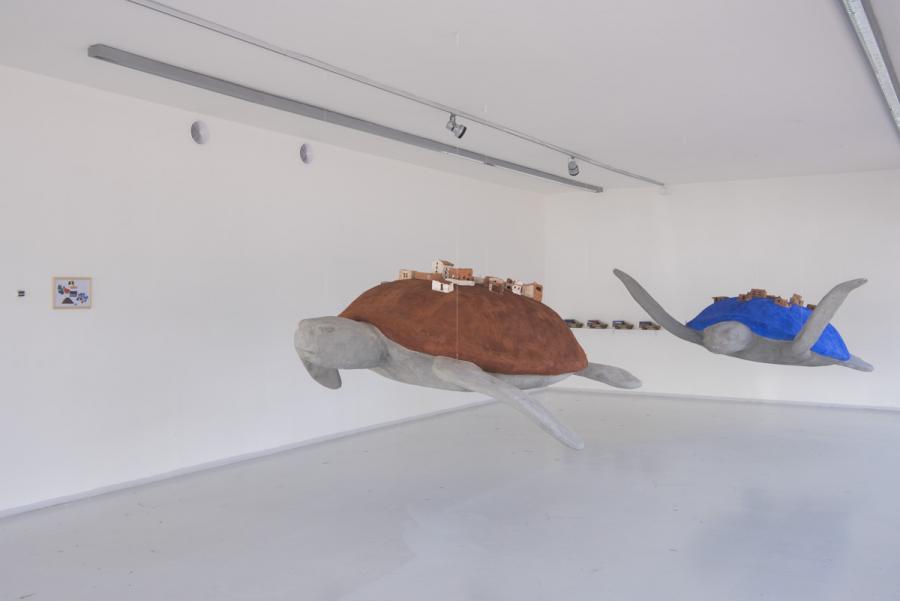 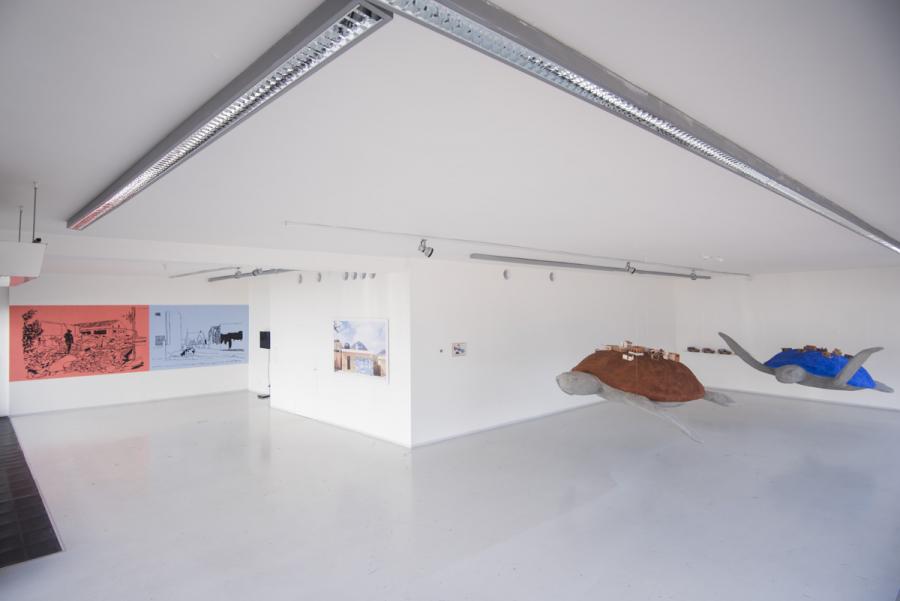 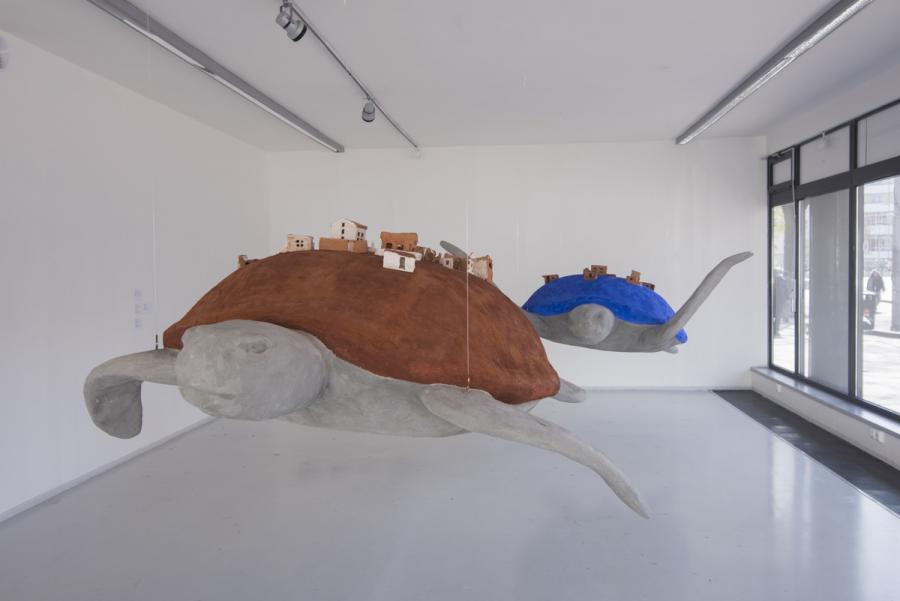 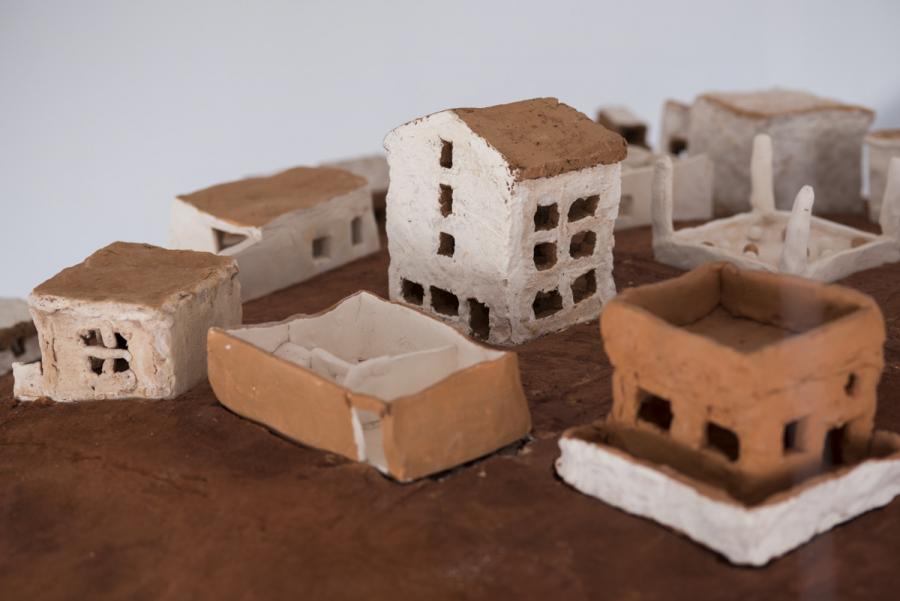 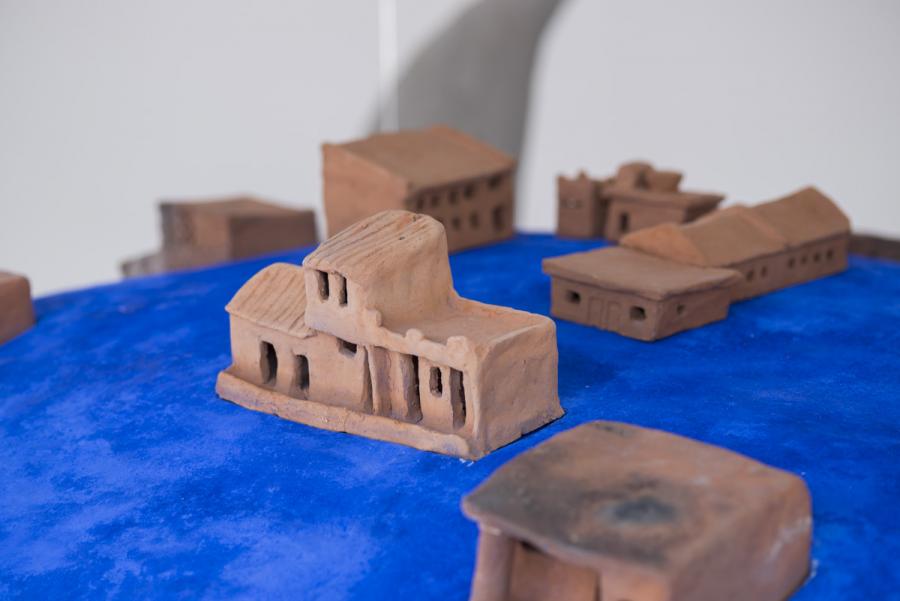 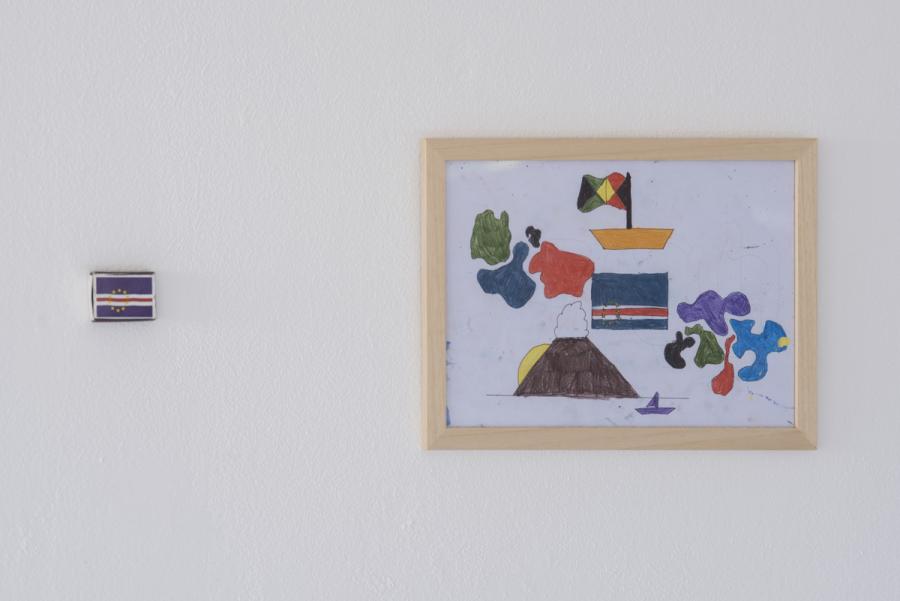 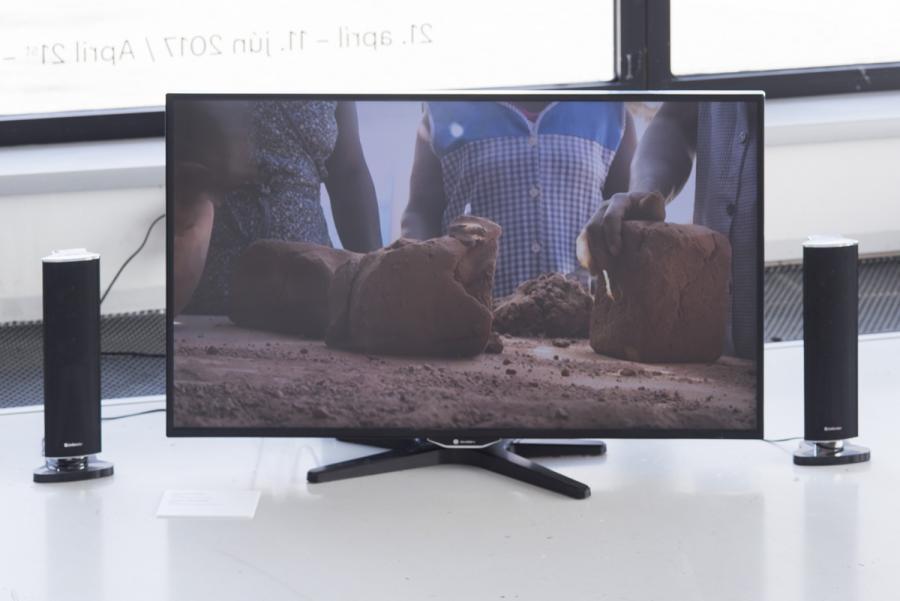 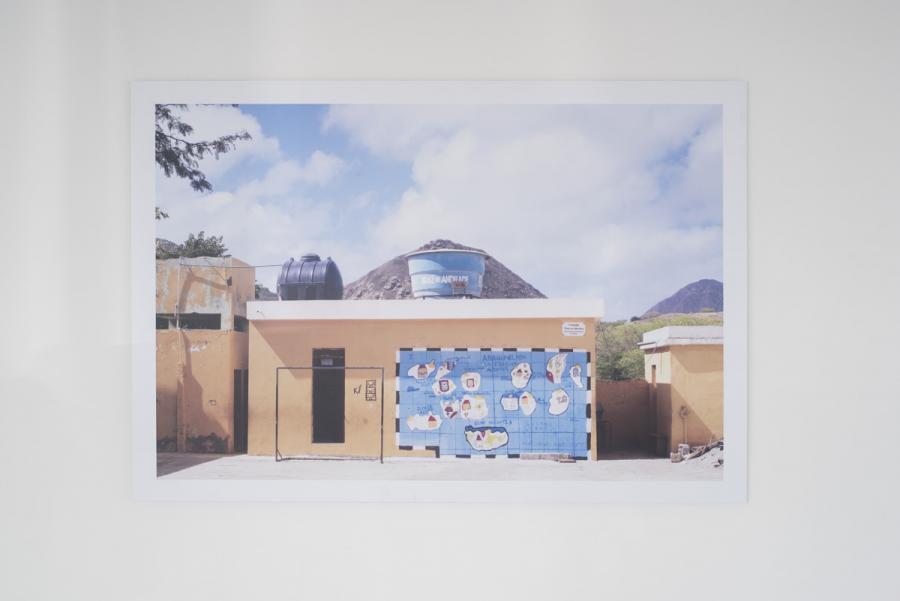 At first glance, it seems that the project of Oto Hudec for Kunsthalle LAB deals with migration. That is, however, not quite apt. Migration is associated with voluntary or forced transfers of population, as well as with overcoming geographical and political territories and its consequences. In the context of the war in Syria, the humanitarian crisis in Africa and the suppression of the Arab Spring, migration has become an omnipresent theme in European politics. The current crisis of European identity and the subject matter of Oto Hudec’s project may therefore have a similar but not identical background. In a continental country like Slovakia, which has long been disapproving of European migration policy, the focus on social issues of Cape Verde certainly raises questions. Repeated stays in Cape Verde and the suburbs of Lisbon, and coexistence with their inhabitants provided the author with a personal experience of the Other, cultural differences, and something that we, together with the philosopher Eduard Glissantom, might call the poetics of relation.

The cogitation that led to the creation of this art project can be explained with the concept of deterritorialization introduced by Deleuze-Guattari. Deterritorialization implies a weakening of ties between culture and its location, and the transfer of cultural subjects from a particular location in space and time. The exhibited artworks articulate the relations of spontaneous creativity, collaboration and sharing of cultural customs, moderated in two vastly different environments. On the one hand Hudec focuses on exploring the social environment, and on the other hand addresses overcoming the dualism of disembedding and exile. Eduard Glissant writes: “Whereas exile may erode one’s sense of identity, the thought of errantry—the thought of that which relates—usually reinforces this sense of identity.”

The imaginary idea of wandering (errantry) communicates through establishing relationships with the Other, culturally different. In the work of Oto Hudec, errantry is embodied in the picture of an archipelago, which is also an intersubjective image of Cape Verde and the lives of people who were born there, left and returned. Intersubjectivity is based on immediacy and participation in the poetics of relation. A pair of giant sculptures of aquatic turtles not only refers to migration, but—in the context of mutual relation and continuous voyage through time—also carries subjective notions of home and maintaining relations to home in living culture. Subsequently, these relations are reflected in other segments of the exhibition; they are documented in a video from the immigrant neighborhoods of Lisbon, and contrasted in two murals made directly in the gallery space. Some artworks were even created during workshops in direct collaboration with children from the immigrant neighborhoods.

Oto Hudec deliberately applies and cultivates techniques of spontaneous child creativity as well as lay authenticity of amateur expression. However, his works are not saturated with site-specific exoticism that is now serving so well as a tourist commodity. The author understands the thin ice of artistic “exploitation” of the voluntary participation of people who are not in the know of the art world. Thus, he strives to give back an equal share, although his efforts are not always successful. He aims to provide the participants with an experience, for instance through a pottery workshop that introduces a generation growing up in an African-American hip-hop culture to something as traditional as the pottery from the island of Santiago. Thus, the co-authors exchange their work for some other value. In such events, the poetics of relation invites the participants―and hopefully also the viewers―to consider their bond towards location, language, and work, while pointing out the paradox of economic prosperity faced by our society.

The travelling Project Caravan (with Daniela Krajčová) accentuated the still underutilized opportunities to promote and develop local dialects, reflecting the poetics of relation across the minorities and the majority in its cultural manifestations. Hand-made model cars from Cape Verde―dexterously incorporated into fragments of the late Gothic ornamental decor at the exhibition Reset in Banská Štiavnica―highlights these timeless partnerships and present pickup trucks used there as private buses. In their production, the residents use dialects of local creativity alongside the global brands. Oto Hudec consistently expands the anthropological model of art, and his installations lead to self-reflexive processes within our culture through appropriation and deep understanding of the Other.