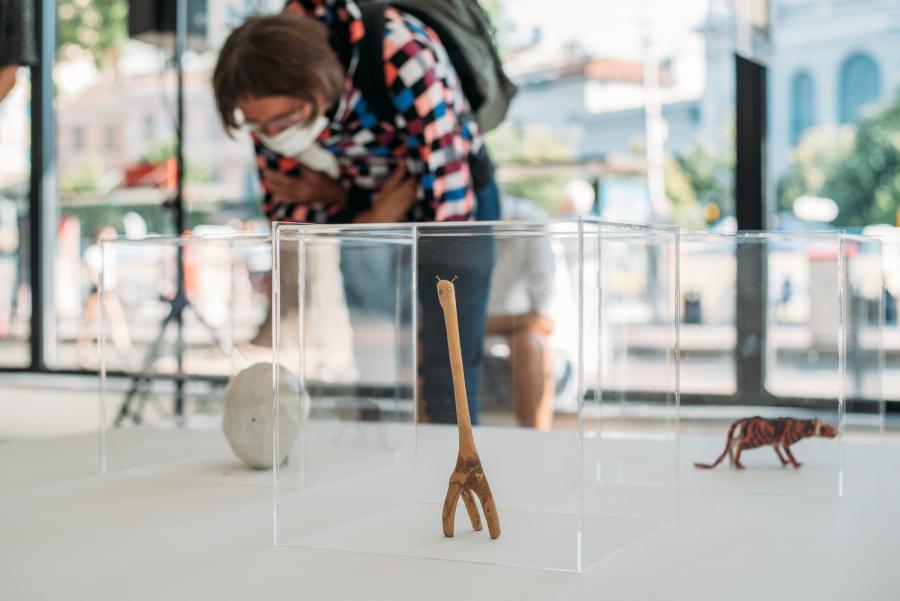 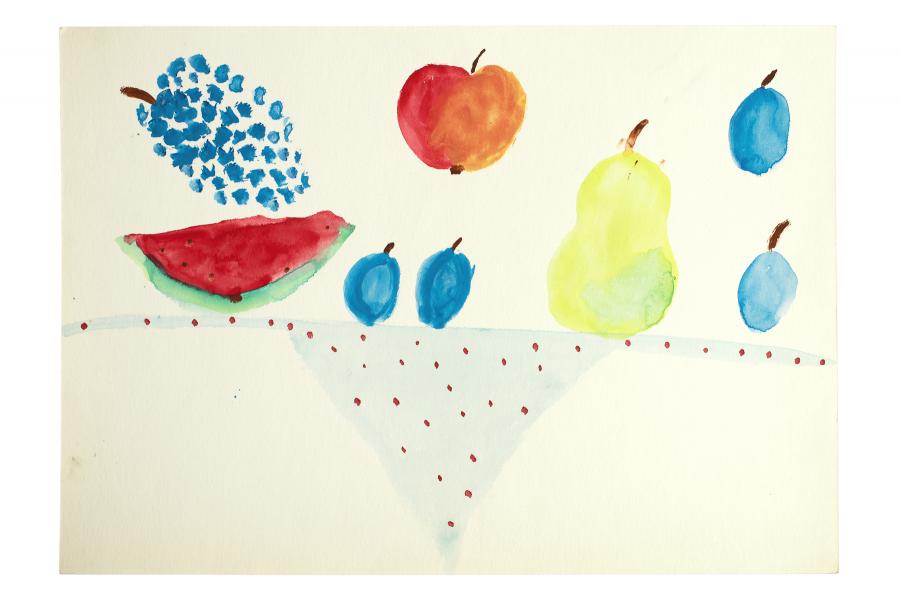 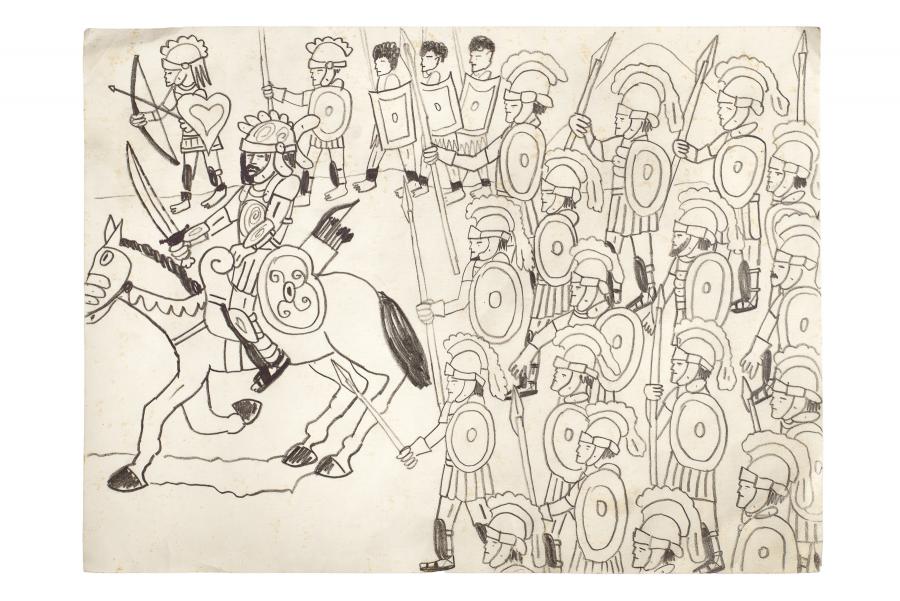 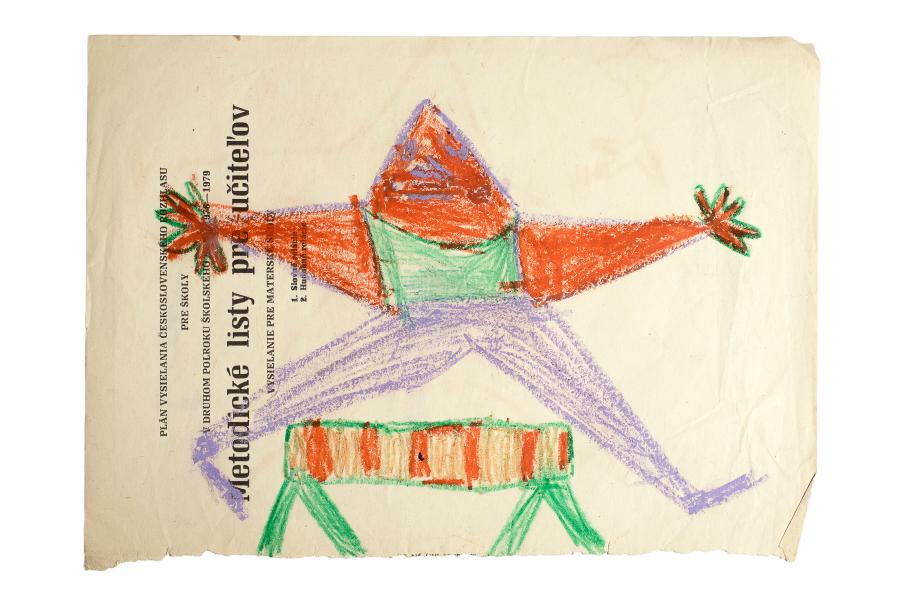 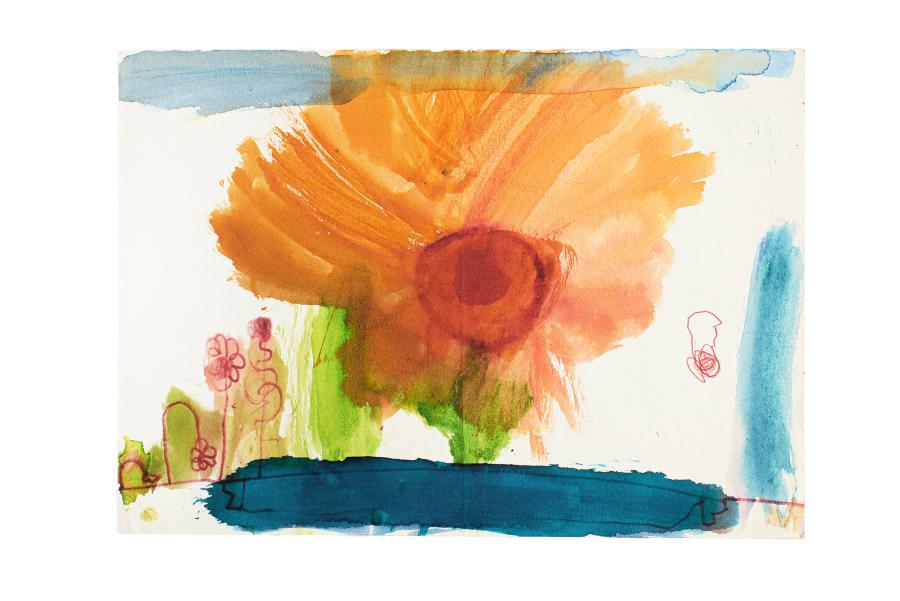 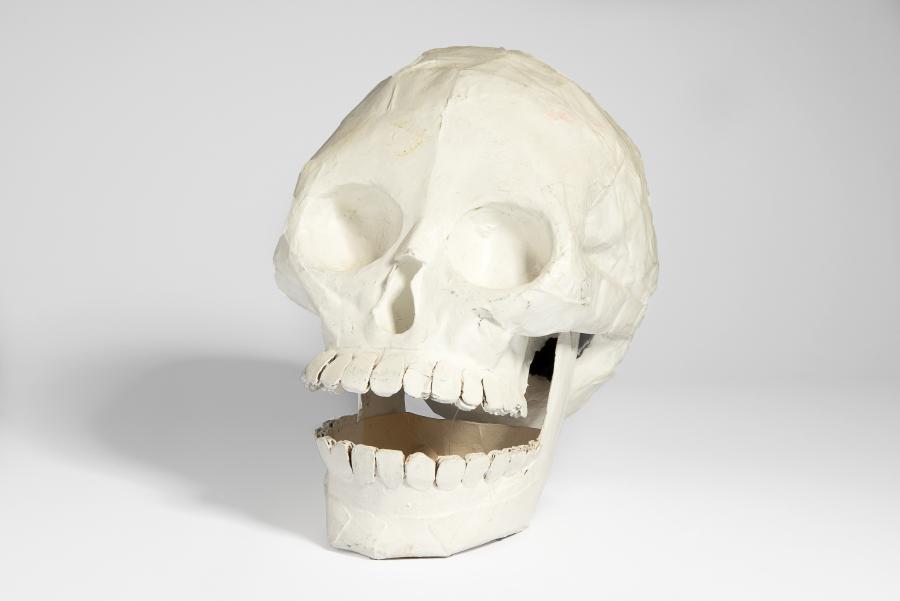 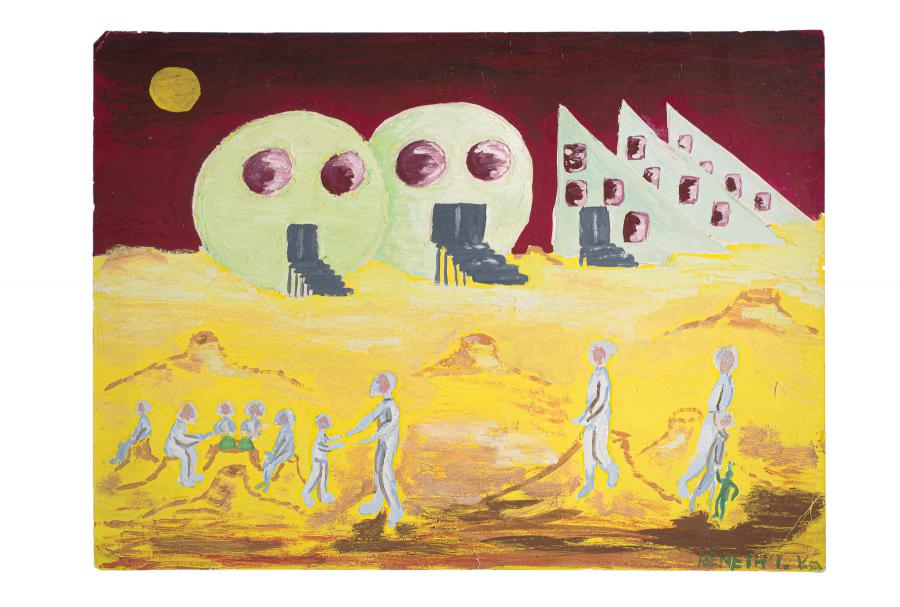 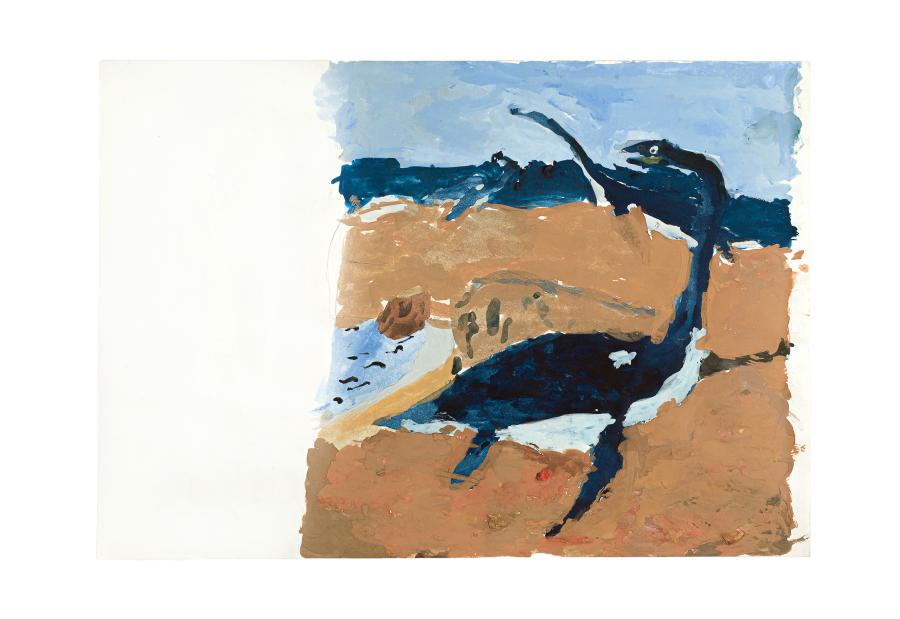 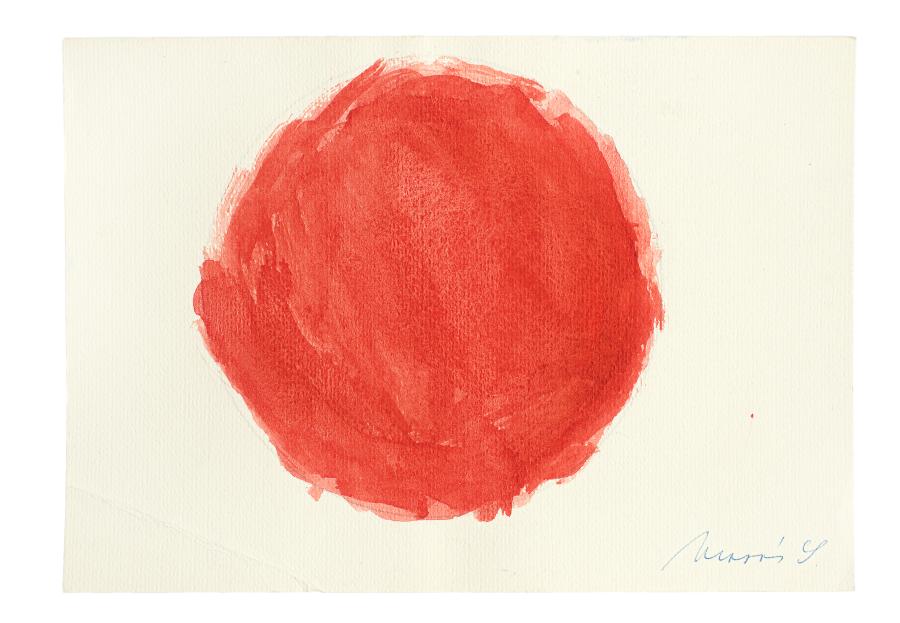 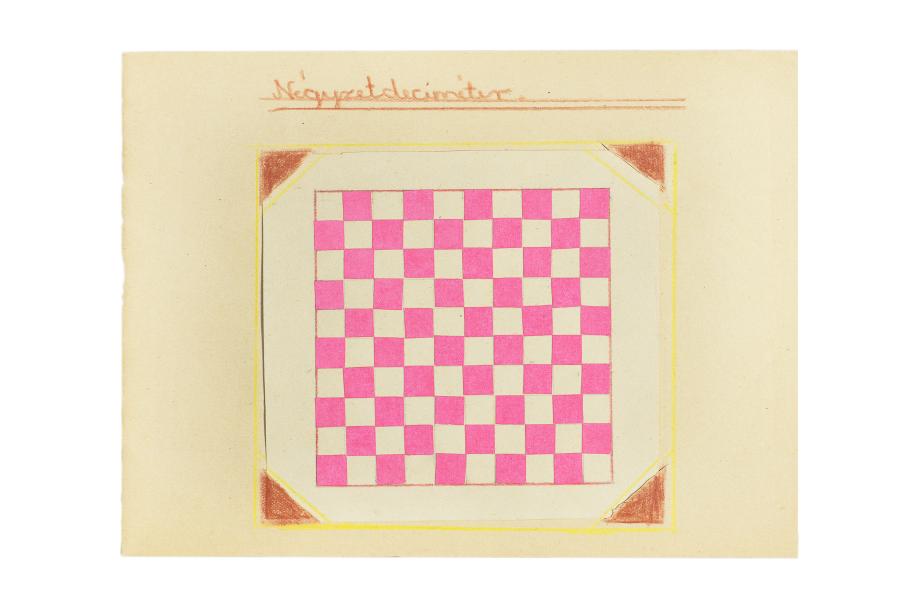 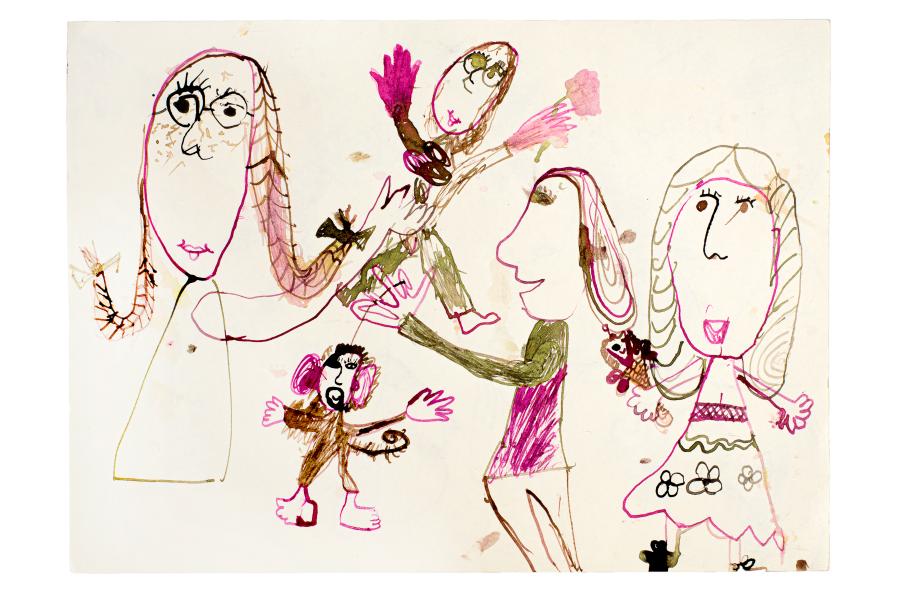 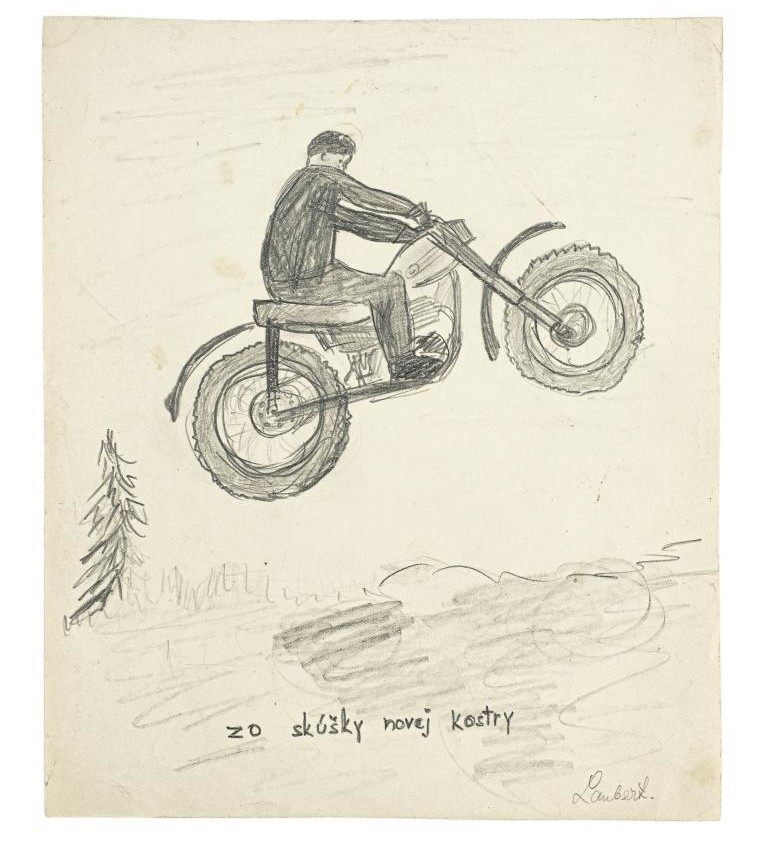 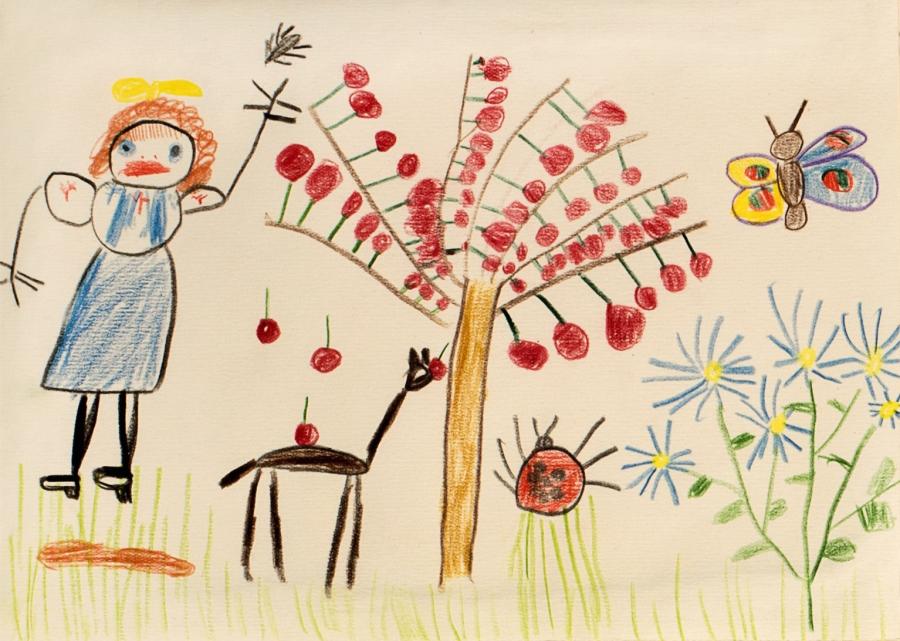 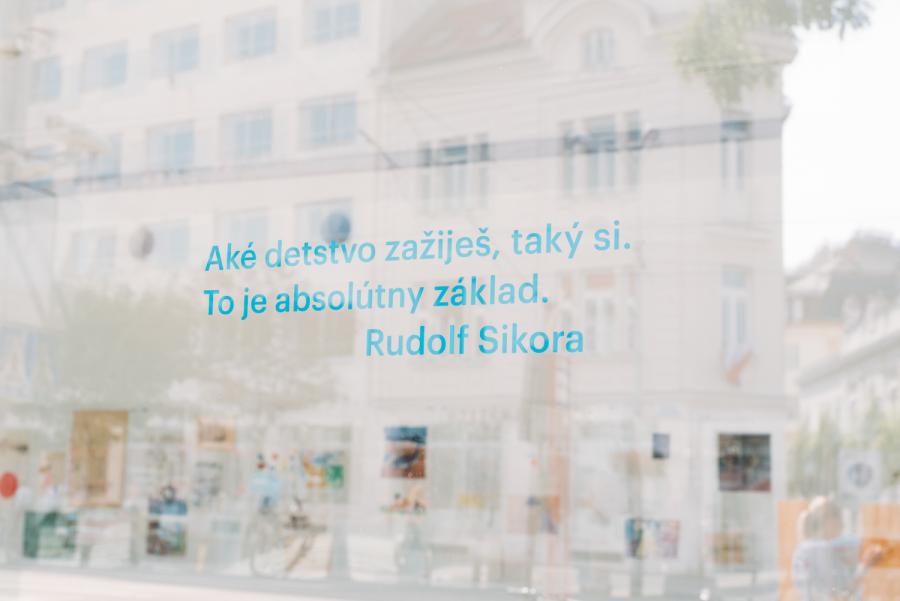 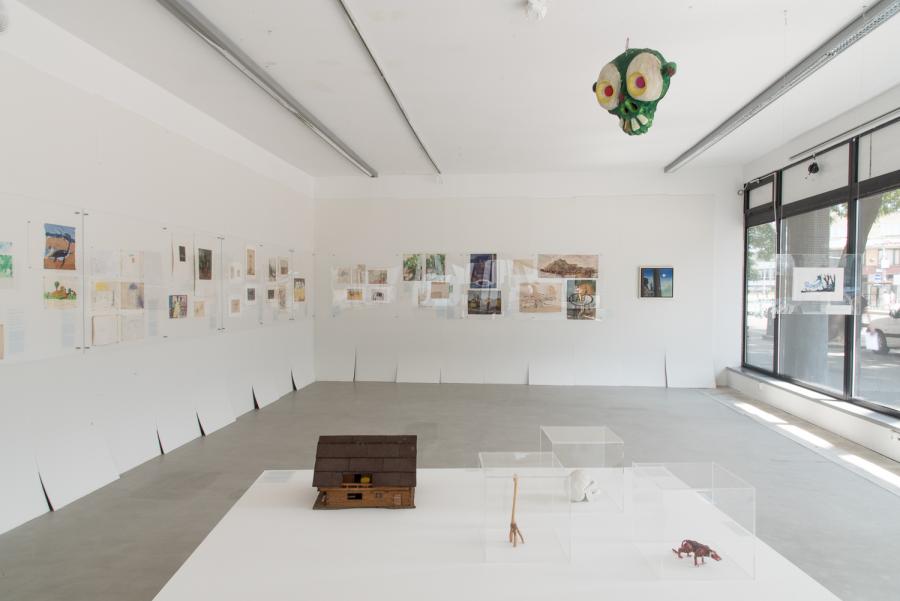 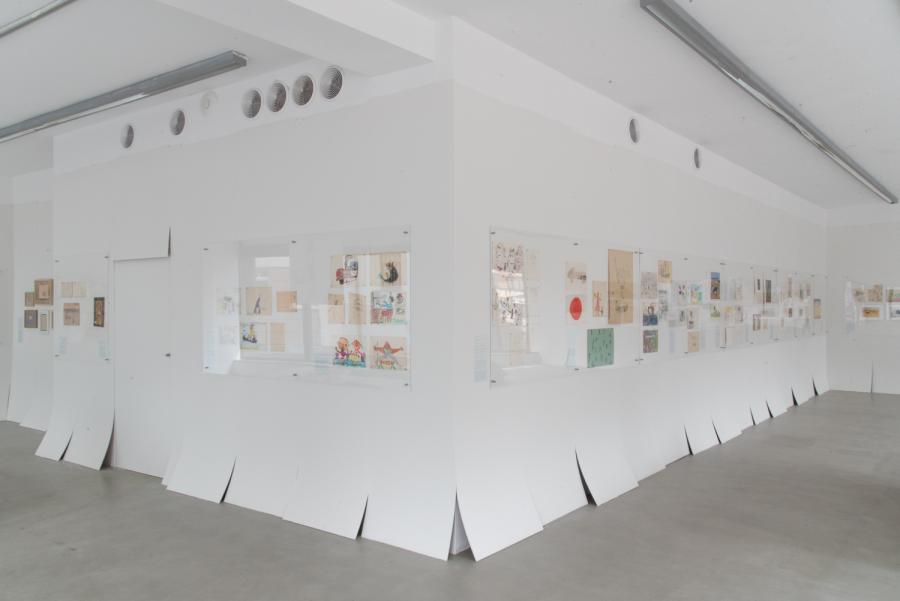 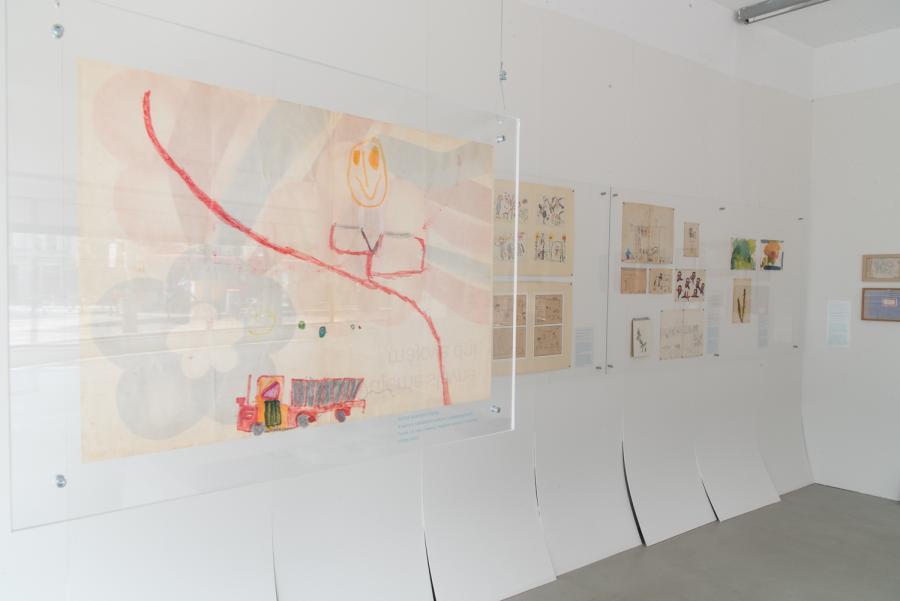 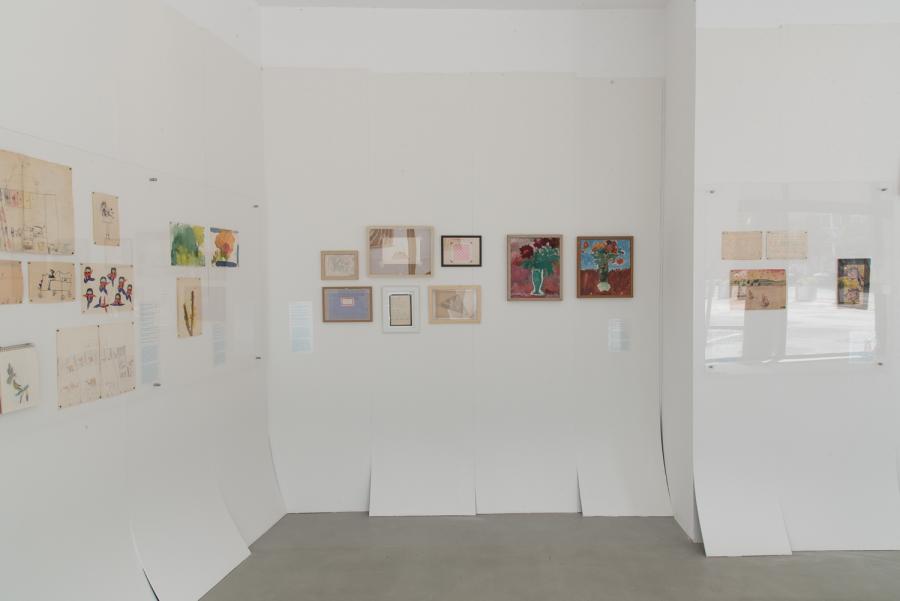 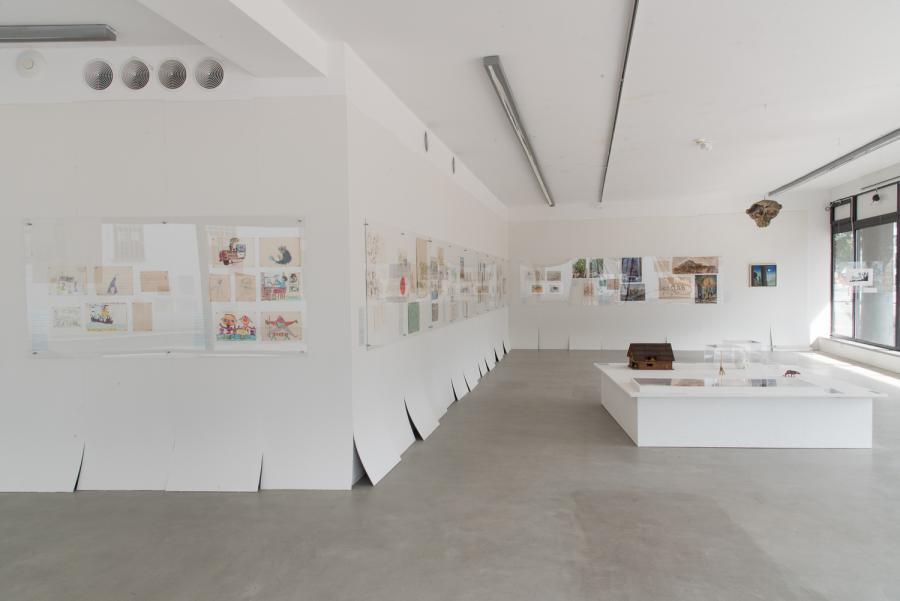 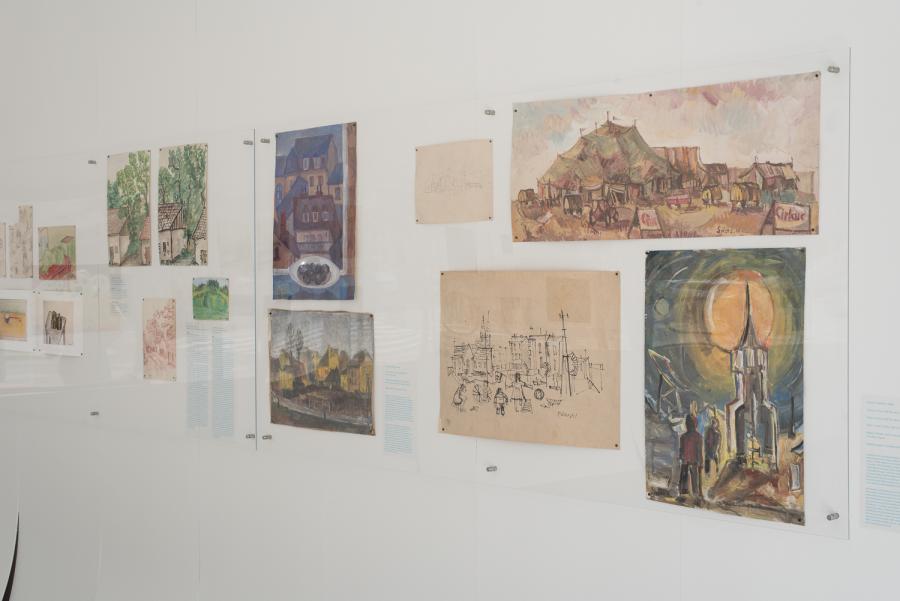 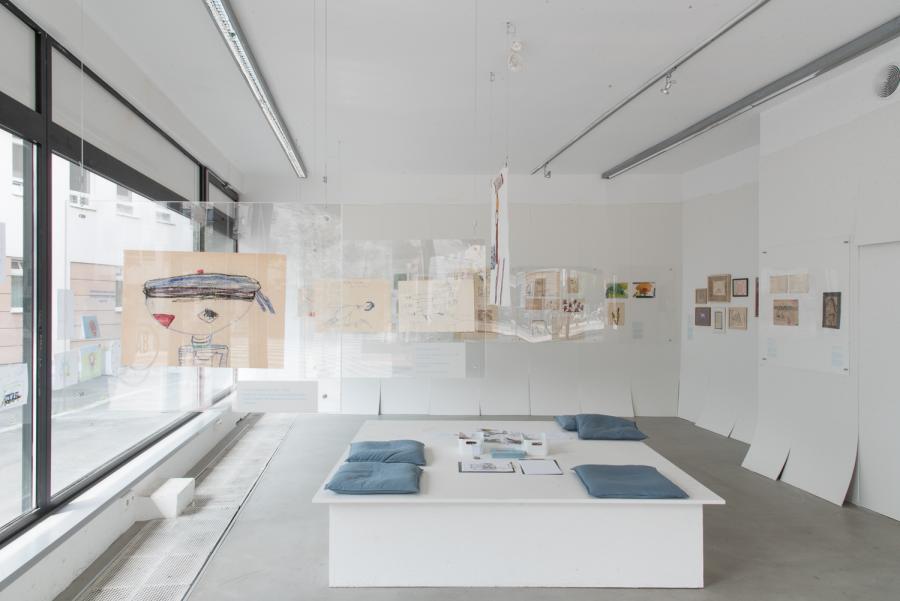 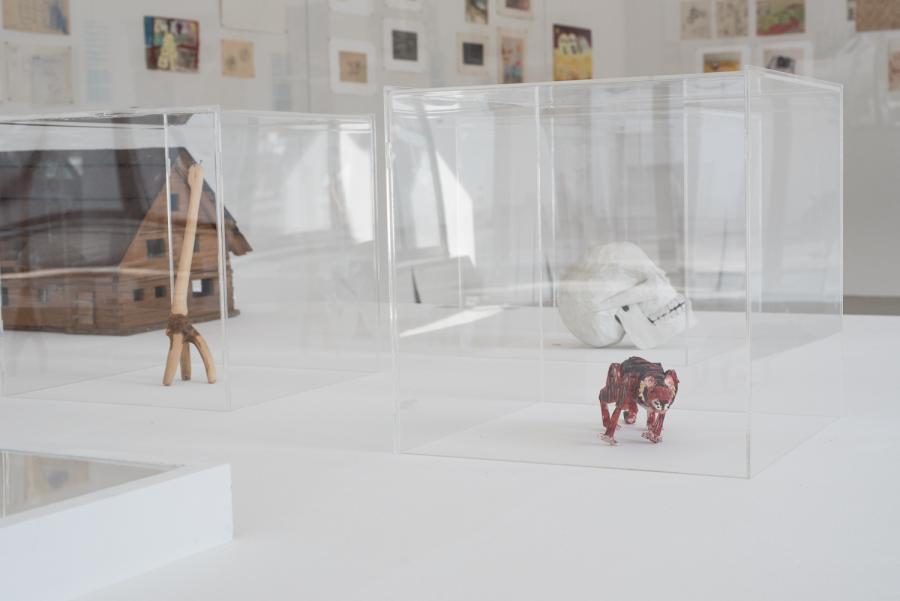 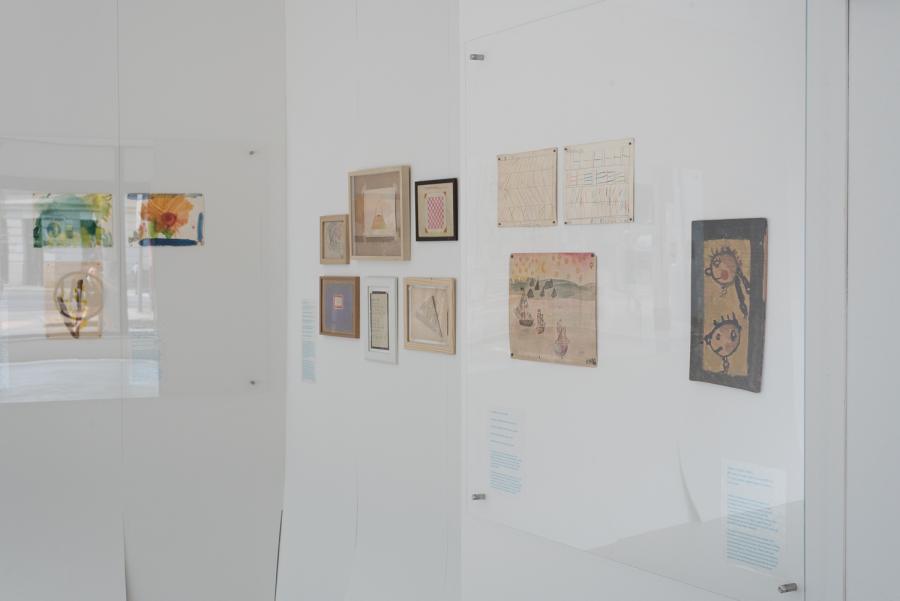 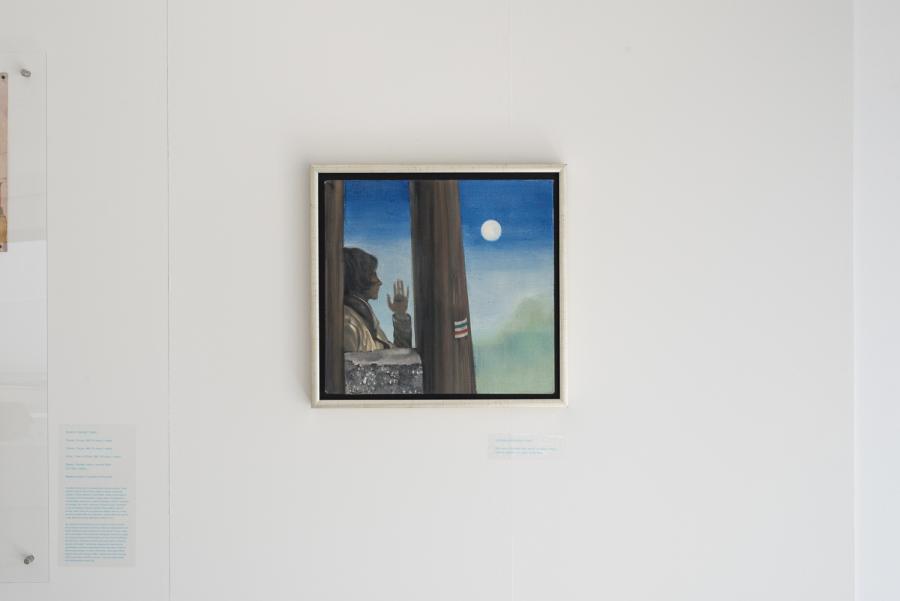 “Creativity is the most precious game, the one you never lose at. Really and truly, only victories are possible there, and it is not just the so-called ‘talented’ who can win them. Untalented children scarcely even exist, they just become like that pretty often. No one is excluded from the game beforehand.”

Interest in the artist’s childhood is nothing new. It made its appearance long before the unique child’s world came to the centre of attention of philosophy, psychology, educational theory and art. In the past it was associated with the concept of the artist as a genius gifted with uncommon talent, for example in the Renaissance legend about Giotto, which is the prototype of biographical accounts about success and fame having their sources in childhood. The Giotto legend is the story of a poor boy, a shepherd, who showed exceptional gifts for sketching animals in stone or in sand. The famous artist Cimabue happened to come by him, recognised his talent and helped him in his artistic career.[1] Inborn talent, fortunate accident, and the figure of the teacher: those are the circumstances shaping the destiny of the artist, which helped to build his status and myth. Even today, when we take an interest in the artist’s childhood, we look at it “ex post”; we look for the influences of environment, though already with an awareness of the successes achieved.

In artists’ biographies mention of childhood is included at the end of the monographs, yet at the same time their earliest artworks provide one of the keys for reading their work. Every family ascribes a different significance to the child’s creativity, influenced by the time period and family situation. Whether childhood works by a given artist are extant also has to do with how frequently his/her family (and subsequently the artist) moved house, and which traces of the past were preserved in doing so. Equally relevant is the given artist’s attitude to the art produced in childhood. A well-known example is Paul Klee, who included his childhood productions in the list of his works and upheld children’s creativity as an artist, a Bauhaus teacher, and a parent who supported the creativity of his son Felix. Klee was not the first in art history who drew attention to children’s art, but he was one of the first who worked with it as a direct and significant source of inspiration.[2] For the art world, the discovery of children’s creativity was also associated with early modernism’s search for an alternative to the imitation of reality; this opened the way to a constructive interest in the unschooled expression of children (and others too), which was hitherto thought of as faulty.[3] Many artists took inspiration from this, including V. Kandinsky, P. Picasso, J. Dubuffet, N. Goncharova, M. Larionov (in several cases we know childhood works of their own). A unique example, In the Slovak context, of works surviving from an artist’s childhood is a group of some dozens of drawings by L. Mednyánszky at the age of three or four, in the Slovak National Gallery’s collections; his aristocratic family was conscious of their quality and therefore preserved them. No less interesting is the story of the childhood works of three-year-old K. Fulierová from the interwar period: her mother, the teacher Marie Zavadilová, had the drawings framed and exhibited, and to this day they may be found in the artist’s archive.

Childhood is a broad and many-layered concept, taking in the age up to fifteen years. Material covered by the term “childhood art” is therefore diverse, as demonstrated by the current exhibition of childhood works by twenty-five artists of various generations. They could be classified additionally according to developmental stages, circumstances of production, themes depicted, or age. We can find spontaneity and authenticity in them, and in the later years an indication of stereotypes that are taking hold and a prefiguration of professional growth or discovery of one’s own visual language. In school works on a set theme it was not possible to avoid contemporary associations marked by the ideology of communism, which abused its influence via the education system. Hence among the older generation we find texts of the type “Lenin was, is and will be”: children made an obligatory transcription of these in their notebooks (P. Rónai). Among the middle generation there are recurring drawings of tanks, rockets, flowers, themes connected with such festive days as International Women’s Day and Teacher’s Day, and contemporary animated fairytales including The Wolf and the Hare, the Story of the Mole, Christmas wishes written to Jack Frost (Z. Lednárová), and the ever-topical theme of the universe (I. Németh, E. Vargová, S. Masár), and later also the influence of mainstream films such as Dirty Dancing and serials like Dallas (A. Cséfalvay).

Every artwork done in early childhood is distinguished by spontaneity and the charm of a protoconceptual view of the world. If we are able to find something there that relates to the later professional work of the artist, that has its peculiar interest. For example, we find pictograms of a hospital and the prohibition of whale-hunting in drawings from his elementary school years by S. Masár; by A. Cséfalvay, paintings of dinosaurs; by V. Rónai, images with a breath of lyrical melancholy; by P. Rónai, a collage of a square and precise works with material. With V. Popovič we encounter the relationship with paper that distinguishes his collages and related forms (muchlages, krkvages). His creation of collages with paper boats was prefigured in childhood, when his creative parents, shopkeepers, covered the ground with paper so that while they were at work the children could amuse themselves.

We find many of the artists as children already expressing themselves naturally in the language of art, discovering its potentials and dreaming of the artist’s profession (V. Rónaiová, I. Németh, Z. Lednárová, S. Masár); others, however, were planning to pursue other professions, for example science or music. Among the occupations that in early childhood they imagined doing, the more or less classical choices duly appear, such as dustman (V. Slaminka), hairdresser or icecream seller (I. Németh), paleontologist (A. Cséfalvay), vet (P. Fichta-Čierna, E. Vargová), and ballet dancer (P. Barényi). In most cases they found support in their families, but some of them had to fight for their calling and enrol at the art school behind their parents’ backs or overcome failures in their attempts to pass the entrance exams at the Academy of Fine Arts and Design in Bratislava. In a special category were the artists from artists’ families, who from childhood onwards had seen their parents at work and knew the positives and risks of this profession (V. Rónaiová, D. Krajčová).

A share of the credit for the growth of interest in children’s creativity should be given to Ľudovít Fulla, Mikuláš Galanda and their colleagues, initiators of children’s courses at the School of Applied Arts in Bratislava (1928 – 1939), who put by the works of child pupils at the courses and proudly acknowledged them. Also helping to establish the unschooled expression was, later on, the Trienale of Naive Art, held in the Slovak National Gallery from 1965 on the initiative of Štefan Tkáč (author of this concept). Following the lead of the School of Applied Arts, teachers at the Secondary School of Industrial Art made considerable contributions to a methodology for developing children’s creativity: in particular there was Rudolf Fila and artists of the unofficial scene, who during normalisation worked as progressive teachers at elementary art schools (D. Fischer, M. Mudroch, L. Čarný, I. Minárik), or frequently illustrated children’s literature. Some of them incorporated children’s creativity in participative projects (Ľ. Ďurček, J. Koller, D. Tóth), did creative work together with their own children[4] (R. Fila, R. Sikora, V. Kordoš, R. Ondak, E. Binder et al.), or responded to anonymous children’s art.

The period of first beginnings in art offers several hitherto unexplored themes which are worthy of attention. Works done by the artists as children were often produced with the support of adults, but also sometimes without it. The highlight the importance of developing creativity in the childhood years, which may, though it need not necessarily, start off the later career of future artists. But even outside the world of art it will not be wasted, because the sustaining power of “small everyday creativity” in its varied forms and shadings has an important place in everybody’s life, and to promote it is most certainly worthwhile.

[2] The first famous painterly interpretation of a child’s drawing is by the Renaissance painter Giovanni Francesco Carota, Red-headed Youth Holding a Drawing (about 1515). 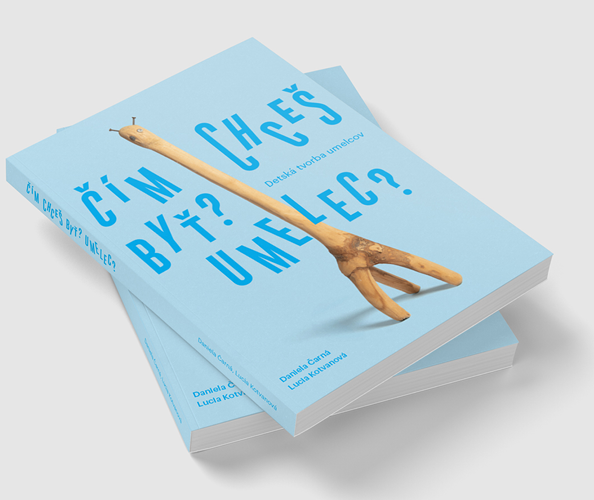 BOOK
What would you like to be? An artist?
Daniela Čarná, Lucia Kotvanová