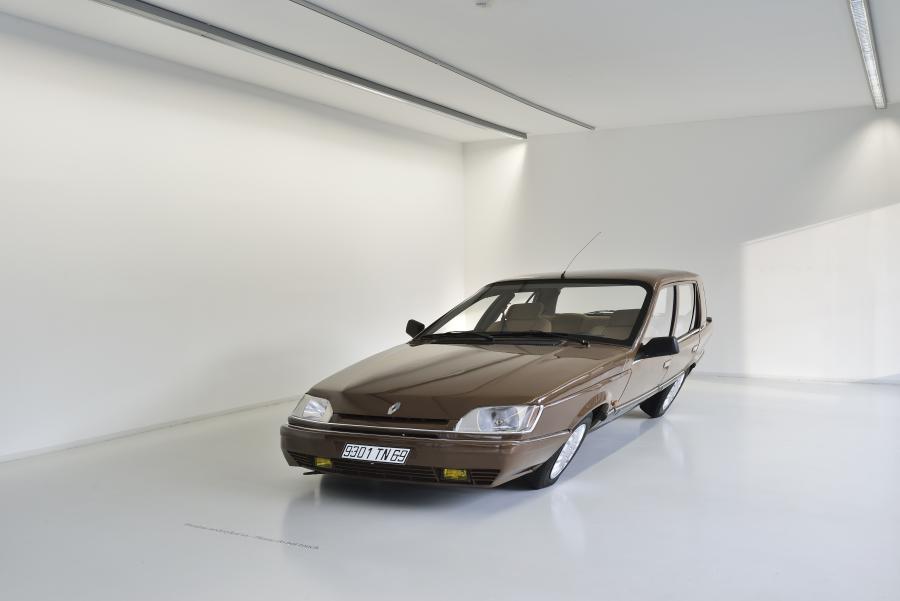 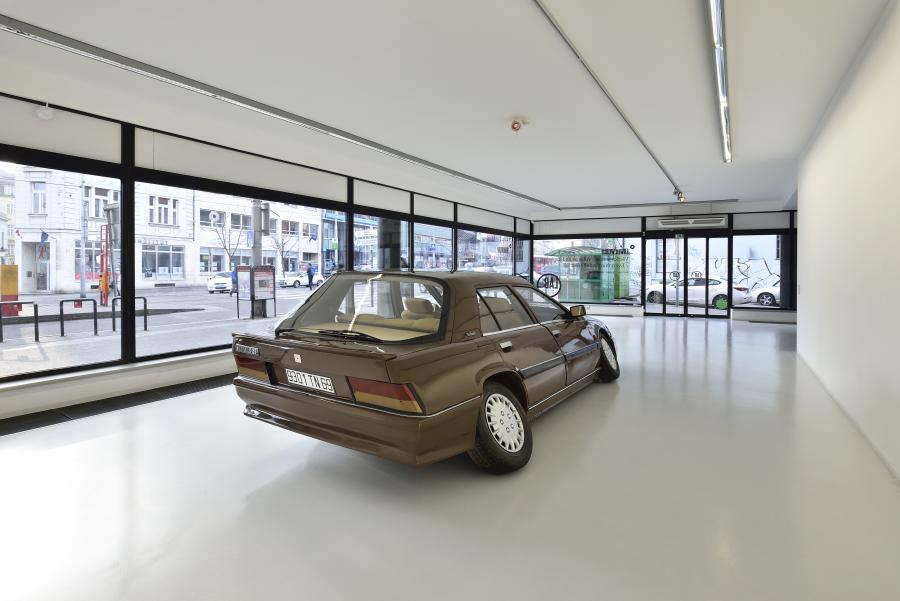 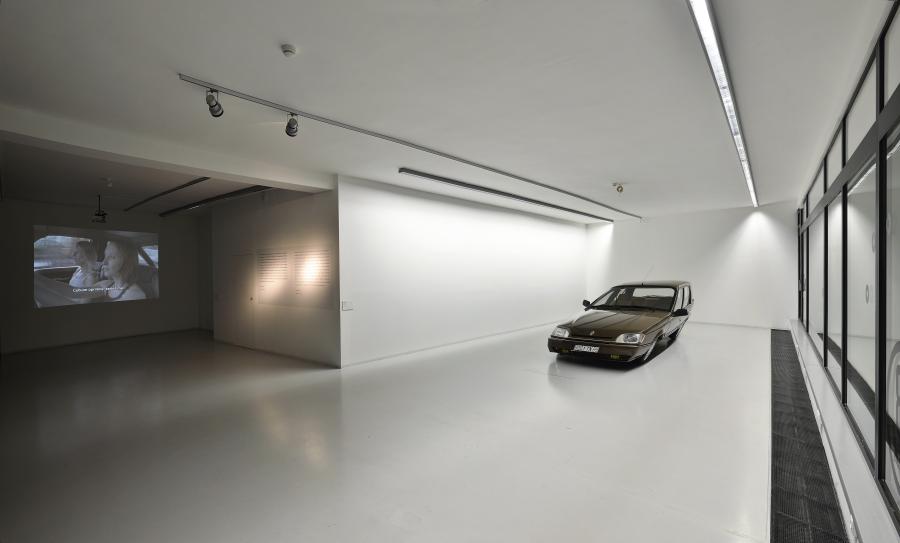 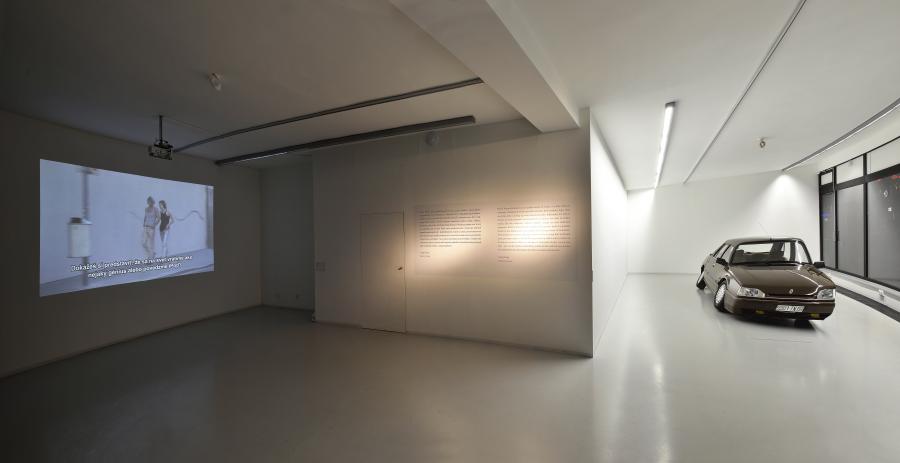 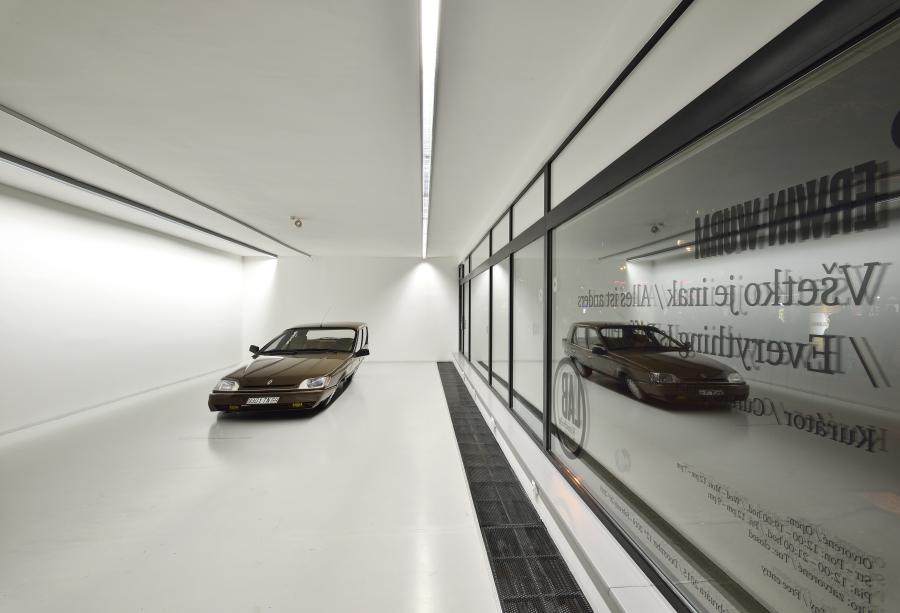 For Erwin Wurm, whose current exhibition is running at the Bratislava Kunsthalle, this is not his first appearance in the Slovak art scene. He has been exhibiting here permanently for a number of years. Alongside the “gapers”, “paparazzi”, and other such kitsch attractions for tourists which disfigure our public spaces, our city also has monumental public art[1] from one of the world’s best-known sculptors. From a sculptor who has deconstructed sculpture so as to define it anew as a zone which can connect with everyday reality and ordinary human life. As a space for experimental perception of the bulk of things, objects and people, where playfulness and humour, far from shirking their duty, can be critical to the point of sarcasm and take even their political responsibility in earnest.

To be politically correct we must say that Erwin Wurm is not only a sculptor. He is also a performer, photographer and director, but still more important – he is a critic, a psychoanalyst, an intellectual humorist and commentator. And he’s close to philosophy, or more than close. He tries to expand beyond the field of visual art in his work and present it also in other contexts and structures.

Whatever our first impressions might be, Erwin Wurm is not a manipulator. He introduces us to another form of reality. A reality which is strikingly reminiscent of the one that we know from ordinary days, from everyday lives. Linking up with poststructuralist philosophy, he deconstructs so as by renewed reconstruction to uncover the basis of artistic reality. But the sculptures, objects, subjects, things, are only substitute elements. Wurm is interested in a world which projects itself as a possible fiction of our imagination. He analyses the fleeting instant of transience, of everyday occurrences, through which he tries to grasp that world and more precisely name it. Erwin Wurm presents us with a mirror where we do not see ourselves. But if we manage to look more deeply, we see another – new – world, which is remarkably similar to this world of ours and lets us comprehend our perception of reality in another perspective.

But where are the limits, when in Wurm’s philosophy anyone can be a sculpture and anything can be a sculpture? Is it really as simple as that: we stop for one minute and become a sculpture? Without at all being politically correct, we might say that Wurm construes reality rather strictly. Is he not an anarchist who mindlessly opens borders in order to disrupt basic ideas? Quite the contrary. Dadaist though he is, when he intentionally provokes petit-bourgeois taste he has the clear aim of pushing the viewer, once he has fallen out of his grooves, towards the appropriate trap. Towards realisation that nothing is like what we were taught at school, but neither is it as we ourselves see it and think of it in perfect good faith. As Deleuze said, there are as many truths as the subjects who perceive them.

Wurm attempts to look at human reality with the optics of things. What would it be like if we were bananas? Imagine that your sandwich was looking at you the way you’re looking at it. Or that the sandwich was your granny’s heel. But what’s the relation between oranges and crucifixion? Is a golfer attractive to his golf clubs? How would a broom behave if it found itself in the presence of Claudia Schiffer? Why is a fat house plagued with complicated thoughts about its existence and why does it desire to understand whether it is really a house or in fact an artwork? And if a car is given a chance to spin round, can we blame it if for the first time in the history of automobiles it does a pirouette?  Are all gherkins equally slim (or equally fat), or is each one individual and original? If not, how do sausages get the idea that they are? Can one small house attack a bigger house? And what really are the proper proportions of a house and a car? When should they keep to a strict diet and when are they overdoing it? If (according to Deleuze) reality is only achieved in its critical confrontation, is it necessary to subject the works of prominent architects to stress tests?

These are just some of the questions that Wurm broadcasts to viewers through his works. No answers exist that would bring us to an unambiguous conclusion, though we might ask our banana, our house or our car to solve the insoluble – that could be one of the possible ways to success. Or as Edwin Wurm advises in his photo series: “Sleep for two months”; “Express yourself with a yawn”; “Be too lazy to quarrel”; “Have a joint before breakfast”.