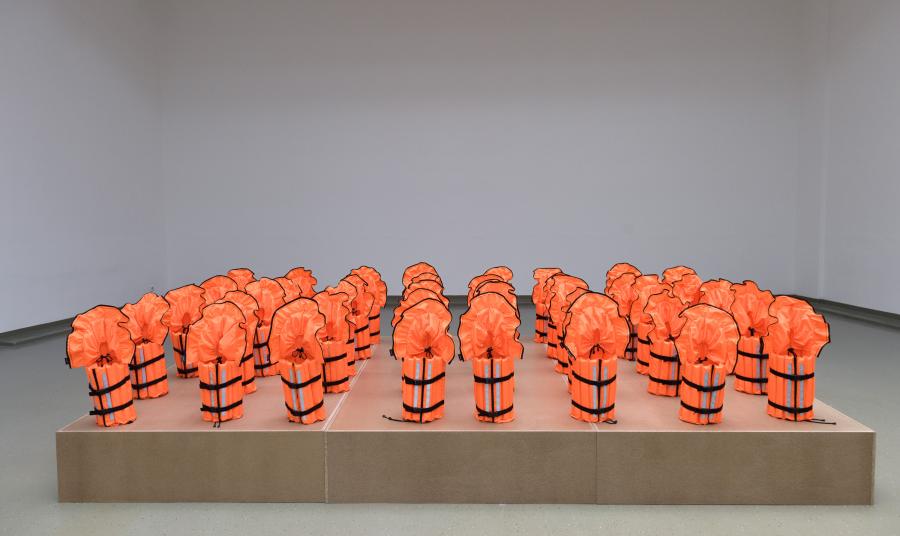 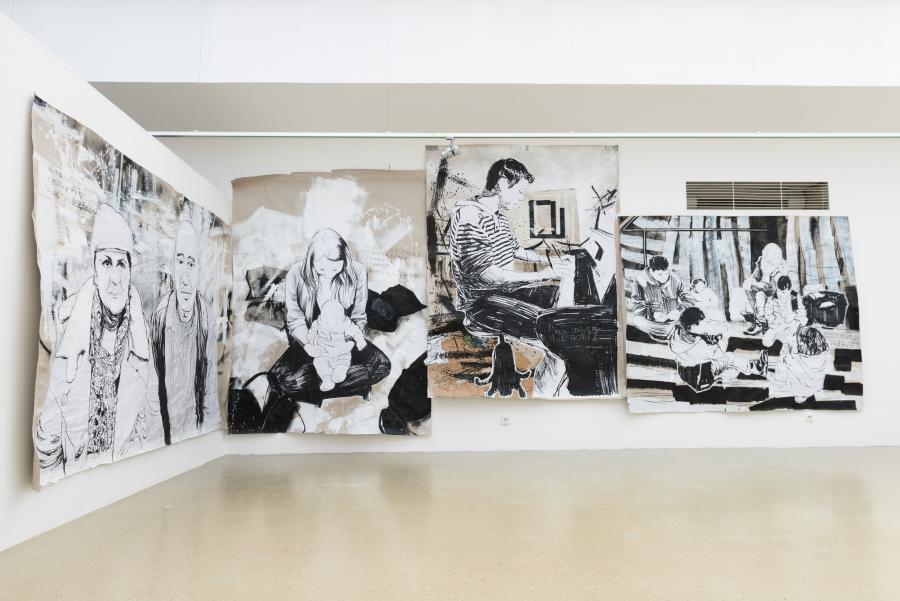 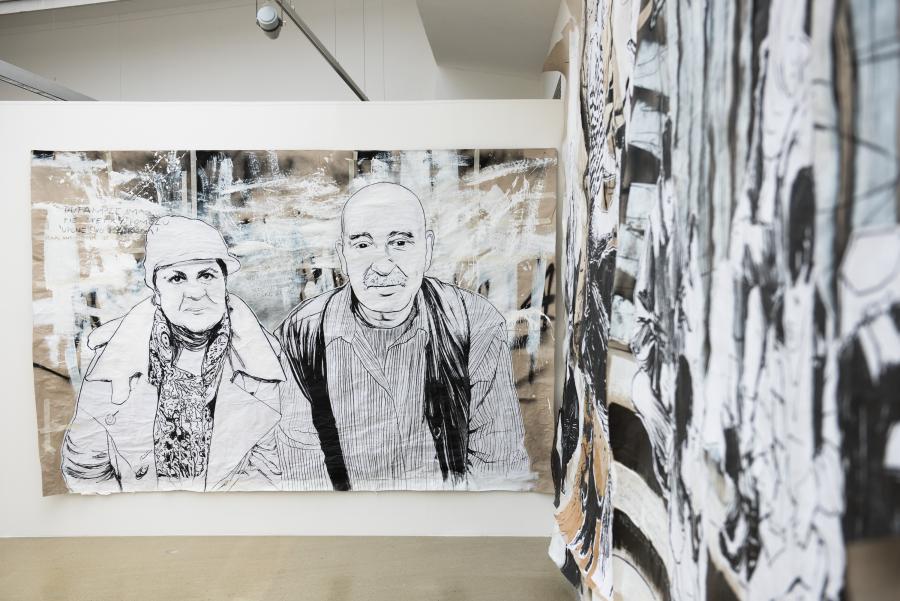 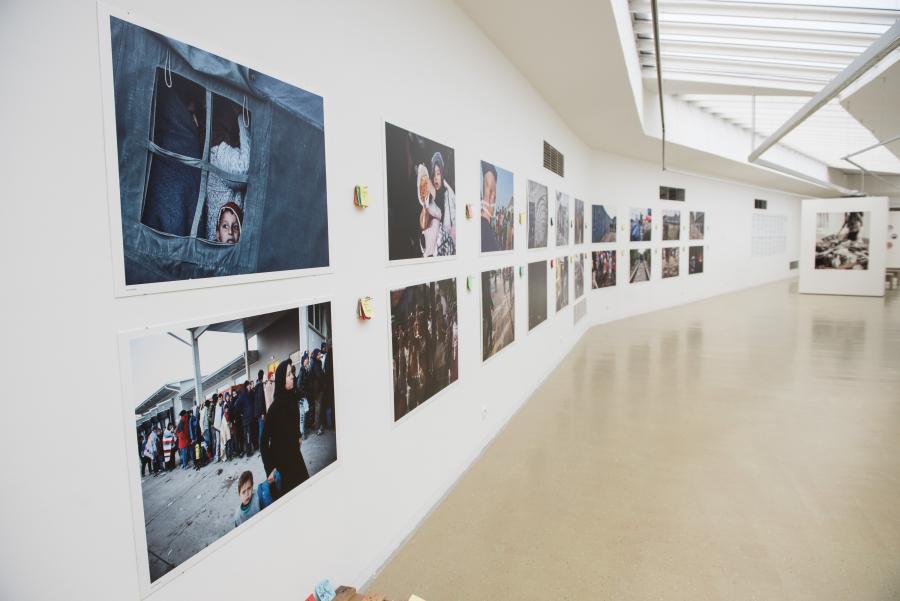 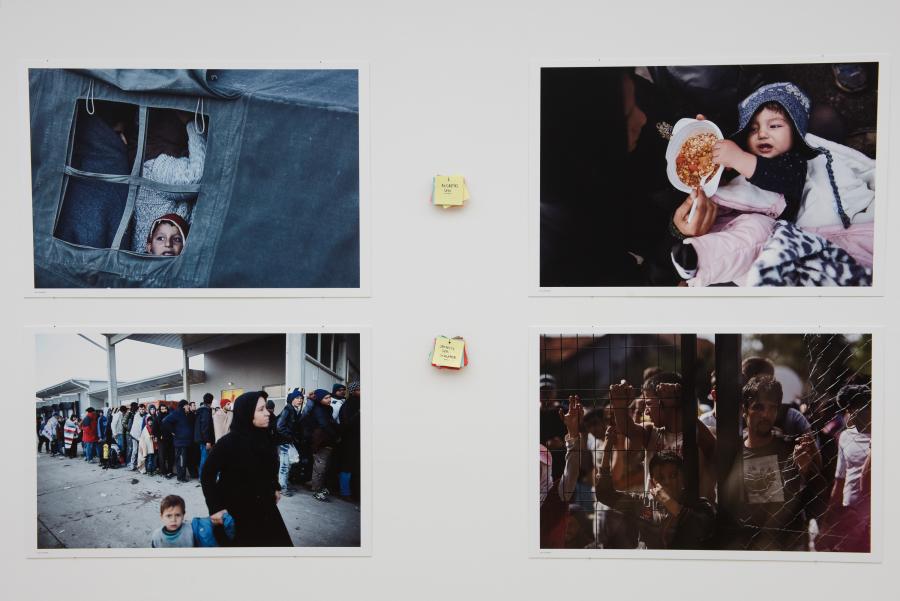 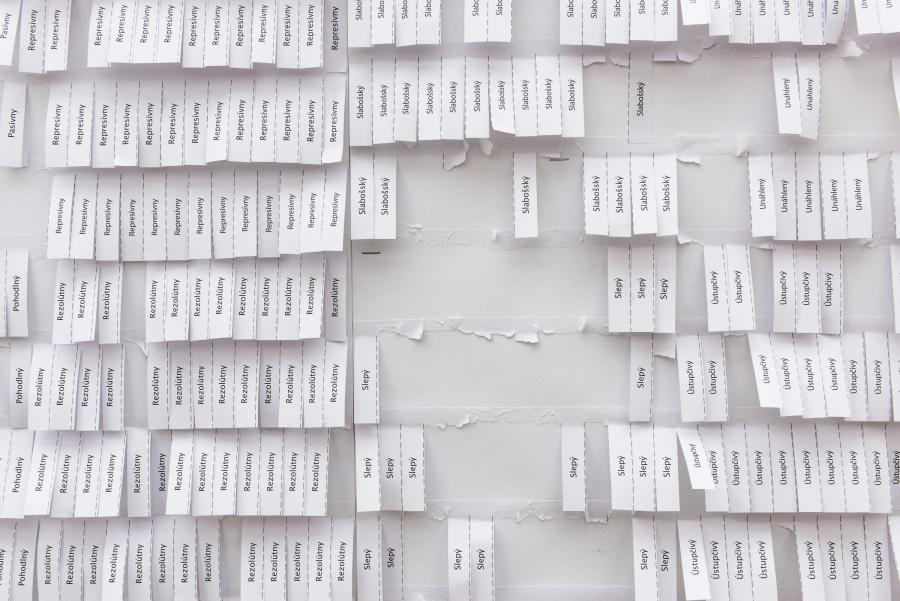 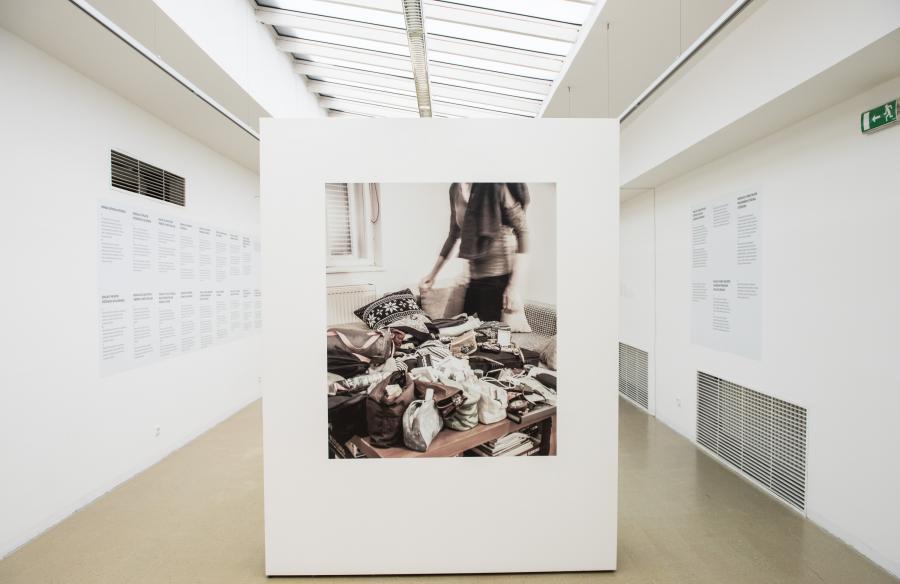 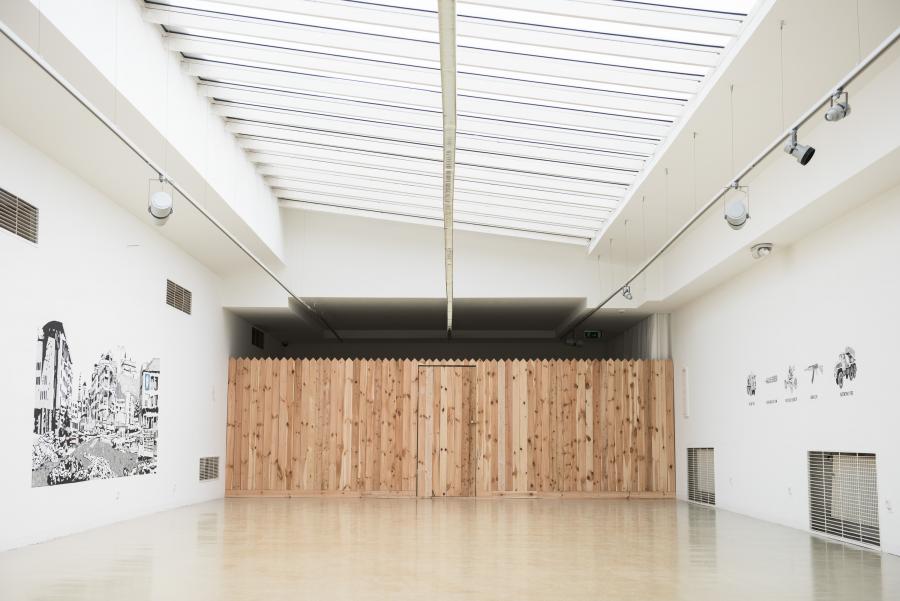 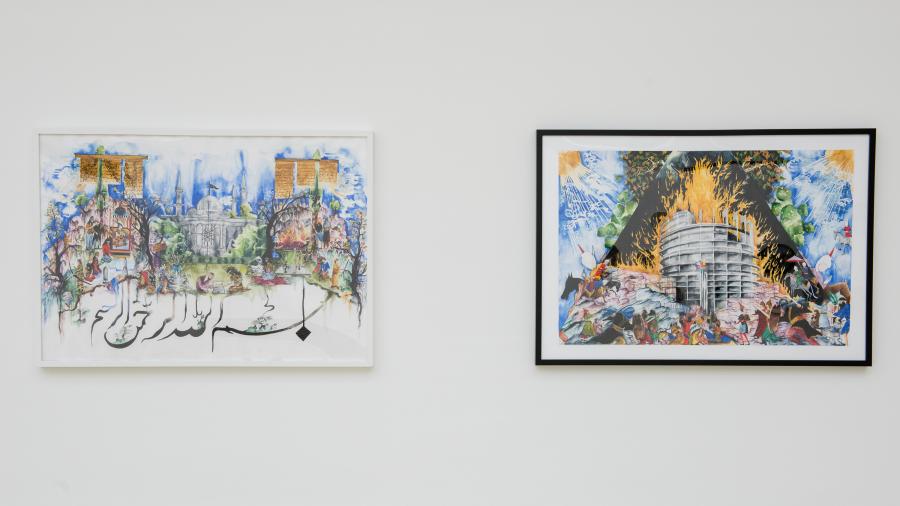 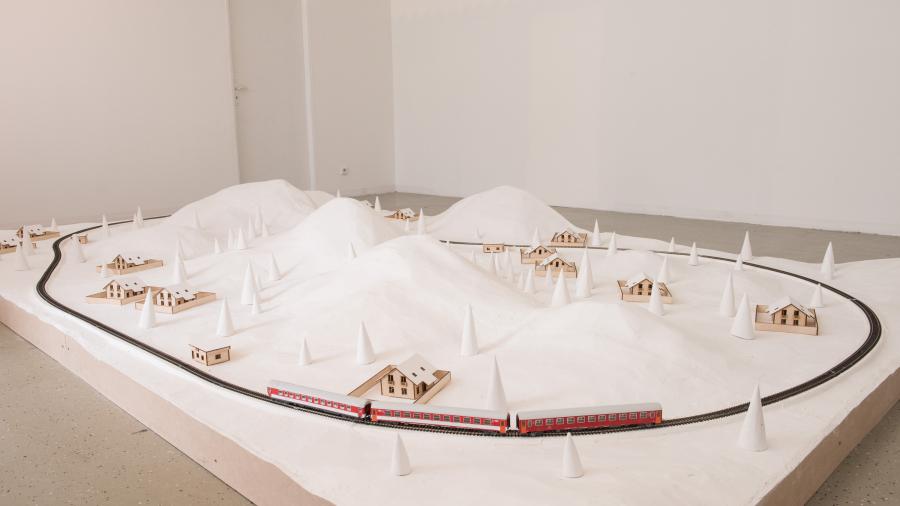 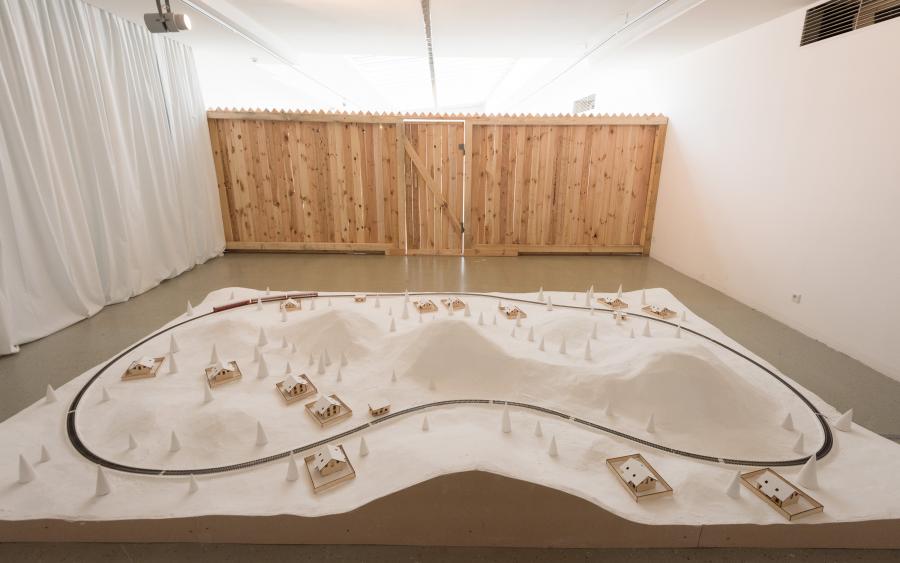 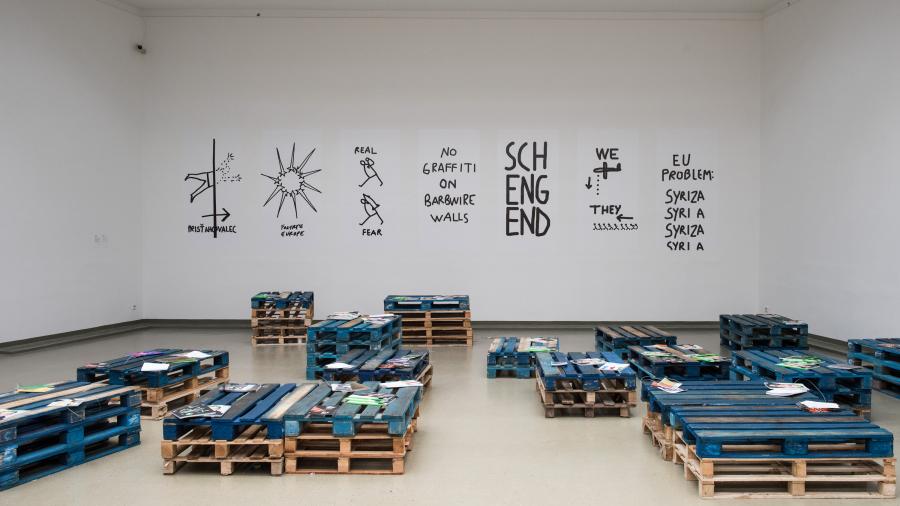 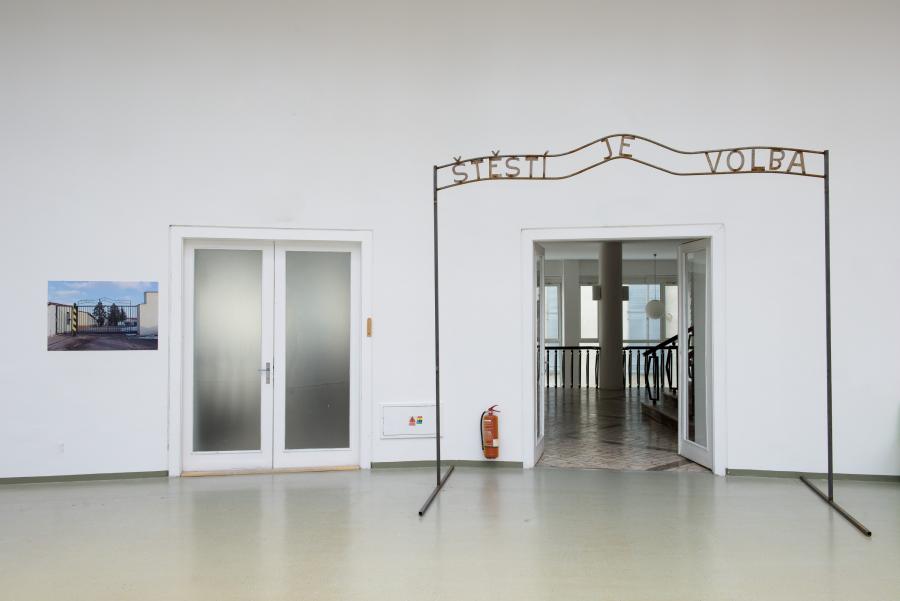 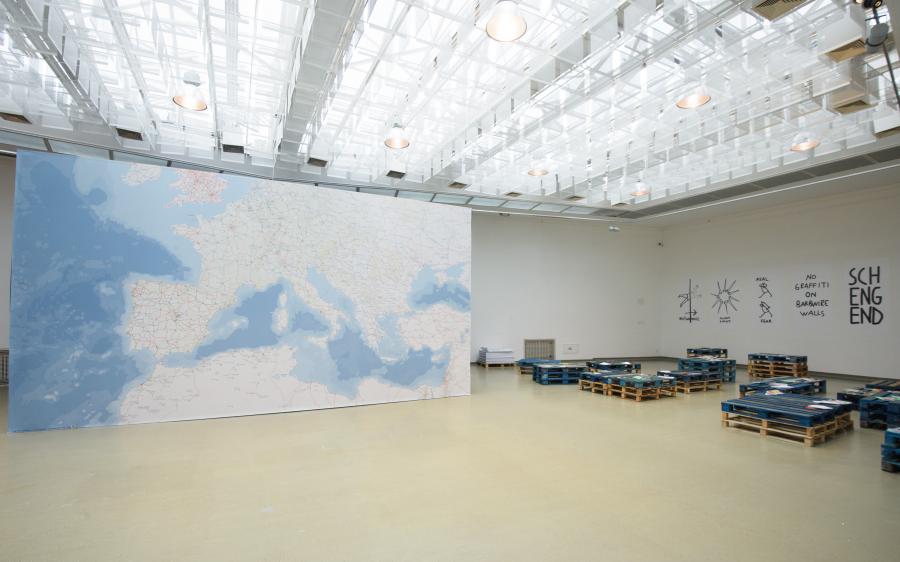 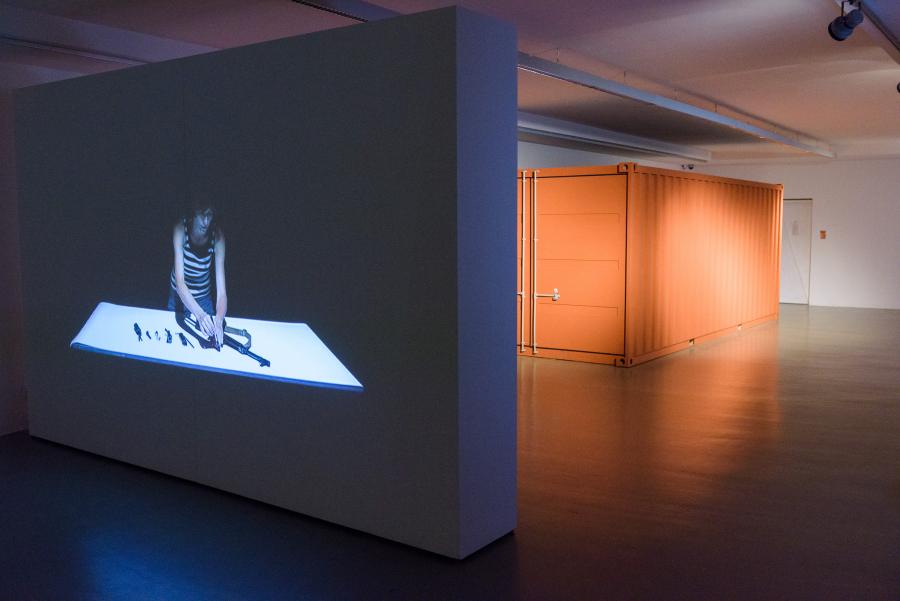 Fear of the unknown

In cooperation with non-profit organisations and foreign partners we have organised an accompanying program prepared for the wider public and for refugees in cooperation with refugees and about refugees.  The program provides a rare possibility of meetings and communication and tries to contribute to the transformation of “the unknown” into “the known”.

The phenomenon of fearing the unknown, which appears in the title of the exhibition, determines to a large extent the form of public discussion in Slovakia and Eastern Europe. The topic of other cultures or religions remains quite distant to our everyday lives. It is not experience that contributes to the tension within society, but rather reproduced images and statements. As a result, we often do not relate to those who come to Europe in distress as genuine “unknowns”, but rather as representatives of a particular group.

Art provides a platform on which it is possible to raise a fundamental social topic on a symbolic level without any black and white polarisation. The artists are not experts on the refugee issue they express their personal feelings and opinions and confront them with those of the audience. The aim of this art exhibition is a dialogue between people. Art enables us to avoid simplification limited to “the good” and “the bad” and to focus on imagination and visions. The exhibition can be the place where all can speak without anybody winning a debate.

The exhibited artworks do not only talk about the issue of today’s refugee crisis but also about other closely related topics.  Some of the artworks have the form of art reportage, some were even created in cooperation with refugees or people working with them. Some of the artworks call for reflection, while others express a protest. The majority of the artworks were created directly for the exhibition and talk about the given topic in the context of Central and Eastern Europe. The artists exhibiting their works very sensitively perceive the situation and of the “mood” in society and respond to it. Political and critical themes are a long-term feature of the work of many of them.

At the exhibition, the documentary aspect is represented by a large map of Europe and surrounding countries. The map is a neutralizing element and represents a factual aspect. At the same time, it expresses an embedment in historic time and space, which is characteristic for the exhibition. The element of topicality is emphasized in the 2016 installation by Kateřina Šedá and in the series of works by Dan Perjovschi named For the moment.  Through her installation, Šedá raises a question related to the values of humanism in a crisis situation.  Perjovschi comments on the position of refugees, the way we look at them and the standpoint of the European Union.

The work by Tomáš Rafa has associations with the documentary, but Rafa relativises this aspect. He presents a set of documentary photos taken at a time when a large number of people came to the EU border. At the same time, he urges the audience to participate in the subjective interpretation of the meaning of his photos. An active participation of the audience also forms the basis for the artworks by Alena Foustková. The moment of experience is expressed in the artworks by Lukáš Houdek and Oto Hudec. Foustková offers an opportunity to select from the attitudes and values presented. Houdek’s installation simulates the transport, Hudec’s work addresses the moment of exclusion.

Some of the artworks use the analogy of historic situations. The comparison of the present day with the time when the world was divided by the Iron Curtain and many people from Eastern Europe became refugees can be found in the artworks by Anna Witt.  In her artworks Mandy Gehrt creates contrast by comparing the journey of two travellers, Zikmund and Hanzelka, and today’s joyless reality. The artwork of Birgit Rüberg was created in 2011 and is made of textile materials found on Lesbos Island.

Ján Triaška and Olja Triaška Stefanović explore the term “migrant”. The majority of the exhibiting artists have had some experience with migration, which has become a common constituent of the globalised world. The installation by Pavlína Fichta Čierna dealing with empathy opens the issue of fear on a psychological level. Artworks by Janka Duchoňová talk about fear and paranoia in relation to other cultures. Drawings by Oto Hudec raise the topic of arms export and co-liability for armed conflicts. The situation in Slovakia is considered by Radovan Čerevka and Kristián Németh. Čerevka looks at the topic of trial of Slovakia against EU in connection with refugees quotas and Németh focuses on the theme of Christian values.

Refugees’ stories can be found in the artworks by Tobias Zielony and Daniela Krajčová. Zielony’s photos of refugees living in Germany are accompanied by stories written by African authors. Daniela Krajčová has been focusing for a long time on people seeking asylum in Slovakia. Her artworks are created on the basis of artistic cooperation with refugees. Reactions of the public in the Czech Republic to helping refugees can be seen in the exhibits by Eliška Vrbová and the female comics author TOY_BOX. The work of the art group Nová věčnost talks about lack of freedom in refugee camps.

A type of non-functional discussion can be seen in the video named Them (2007) by the Polish artist Artur Żmijewski showing groups of people of various political and value beliefs. Here, an open discussion platform turns into standpoint “polarisation”.  The artwork emphasises the fact that all the discussion participants can be potential aggressors. Hidden and direct forms of violence are presented in the videos by Żmijewski and Rafa. These were taken in Germany, shortly after the Pegida Movement was established in the winter of 2015. Warning against social radicalisation and misuse of nationalistic rhetoric can be found in the artworks by Oliver Ressler, Ján Triaška and Mario Chromý.

The exhibited artworks are not presented as documents and do not claim any absolute truth.  Instead, they create space for pausing, reflection and banishing of fears.  At the same time, they represent a humanistic appeal. The exhibition reminds us that the issue of the refugee crisis is not something which develops unconnected with us, rather we are part of it. We are also, however, part of its possible solution.

In cooperation with non-profit organisations and foreign partners we have organised an accompanying program prepared for the wider public and for refugees in cooperation with refugees and about refugees.  The program provides a rare possibility of meetings and communication and tries to contribute to the transformation of “the unknown” into “the known”.

The exhibition is taking place under the patronage of the president of Slovak Republic Andrej Kiska.

The exhibition and accompanying program received the White Cube Award for the best curatorial project of 2016.