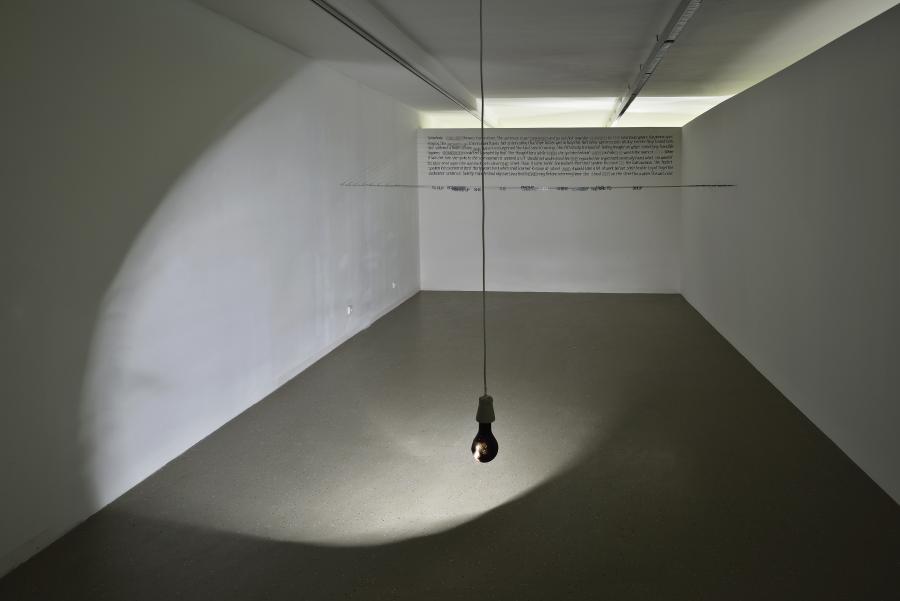 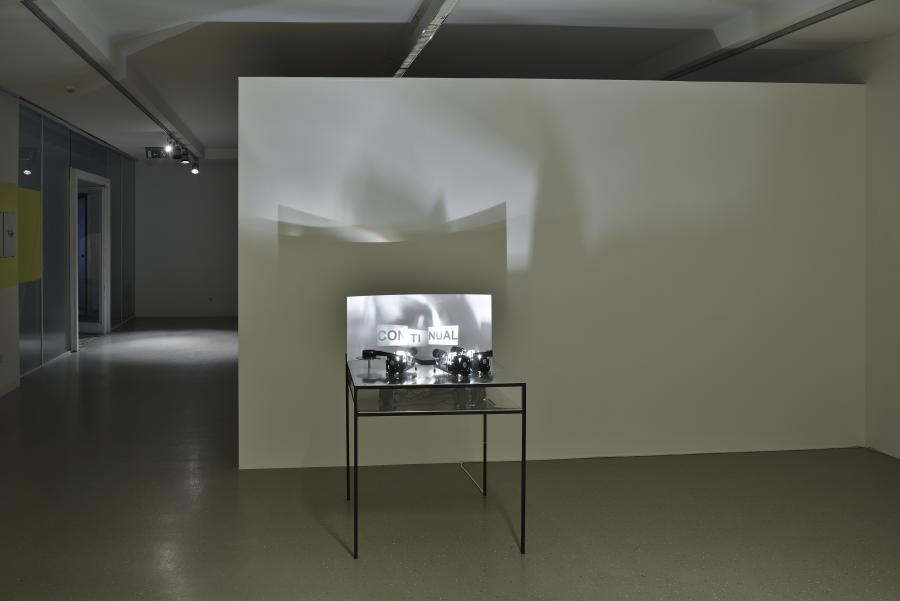 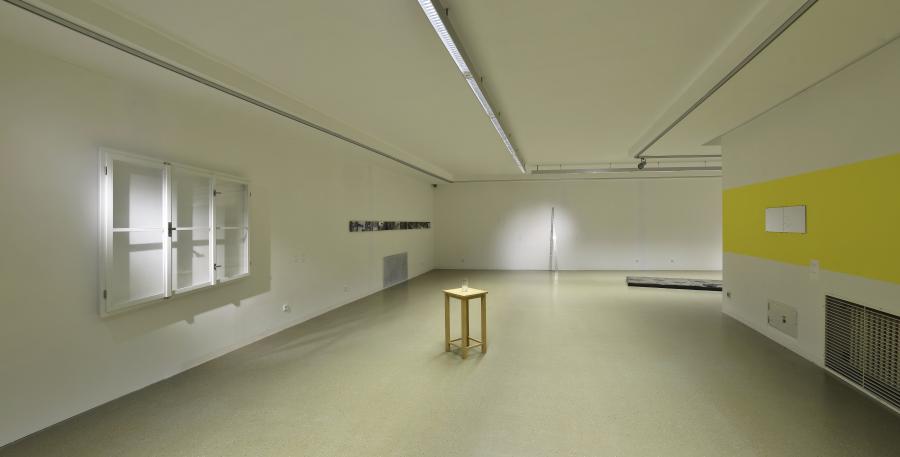 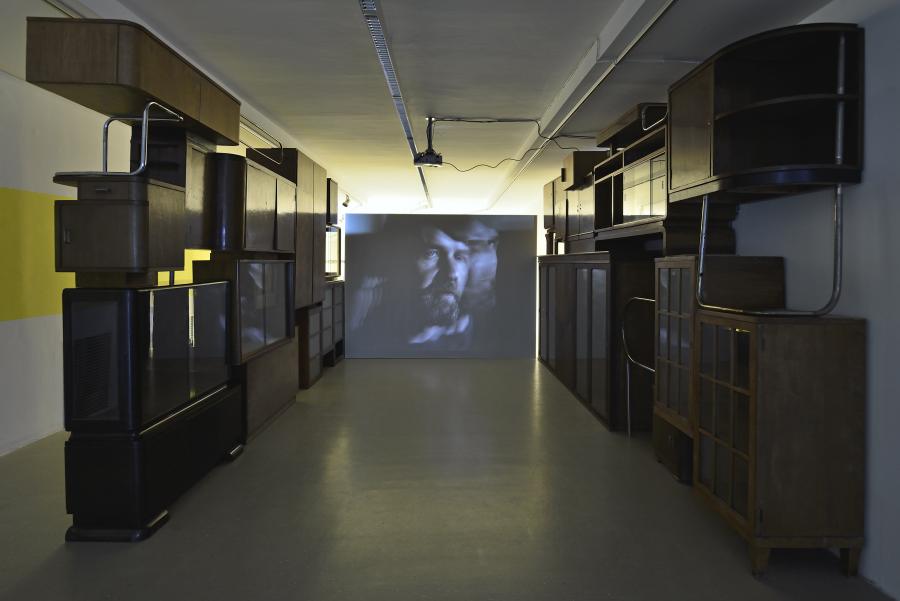 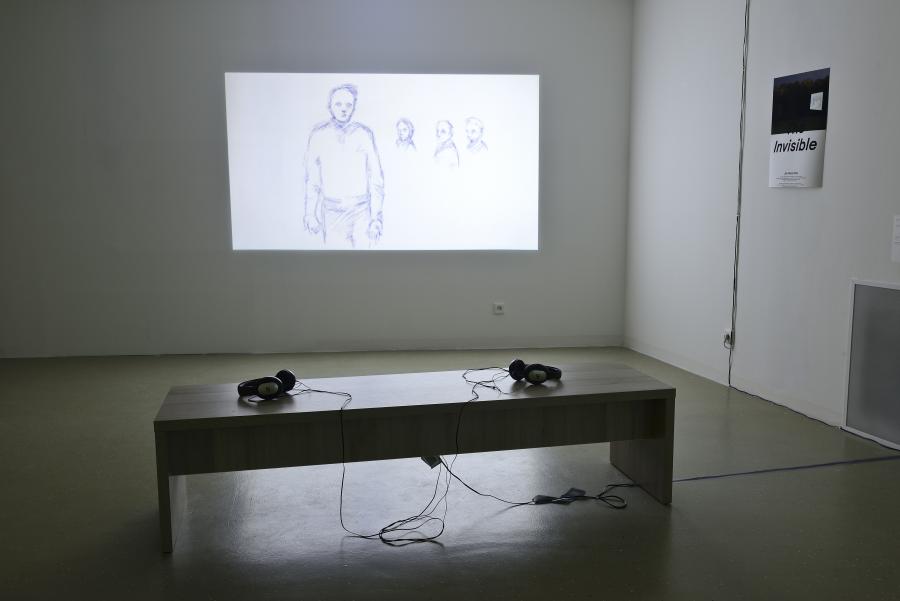 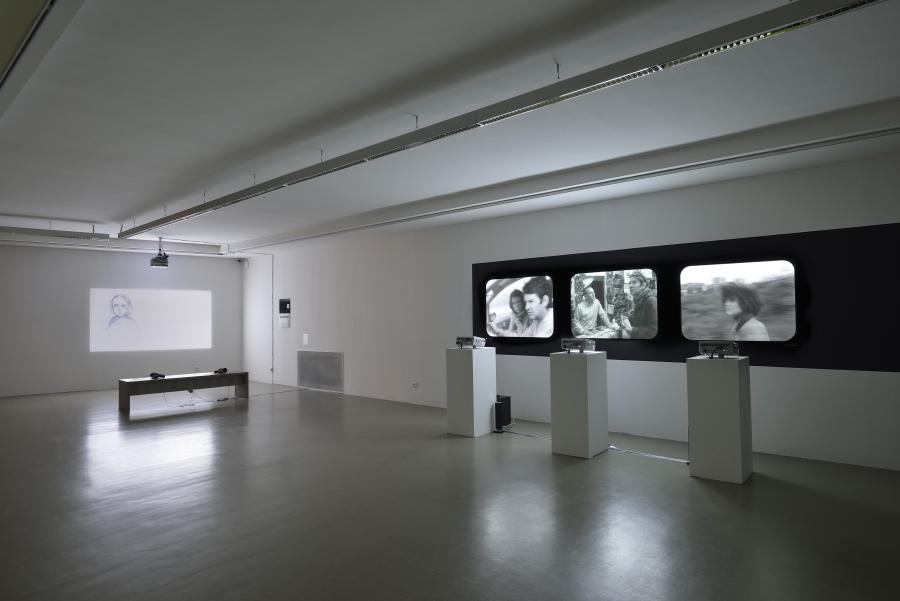 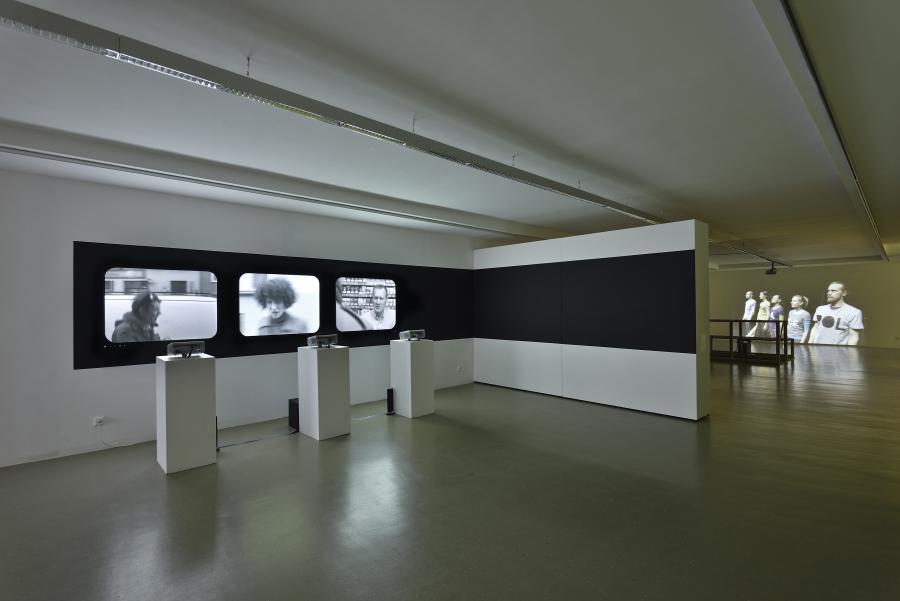 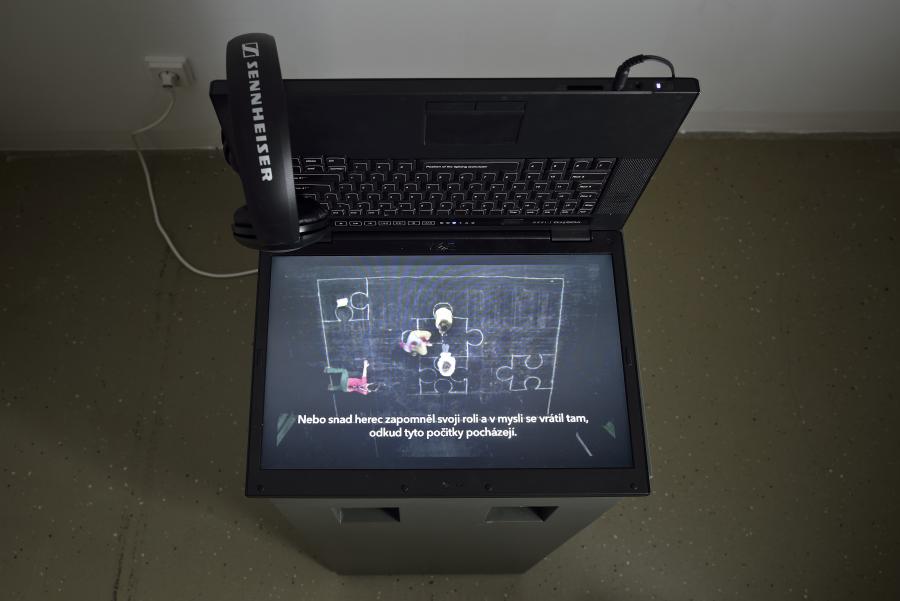 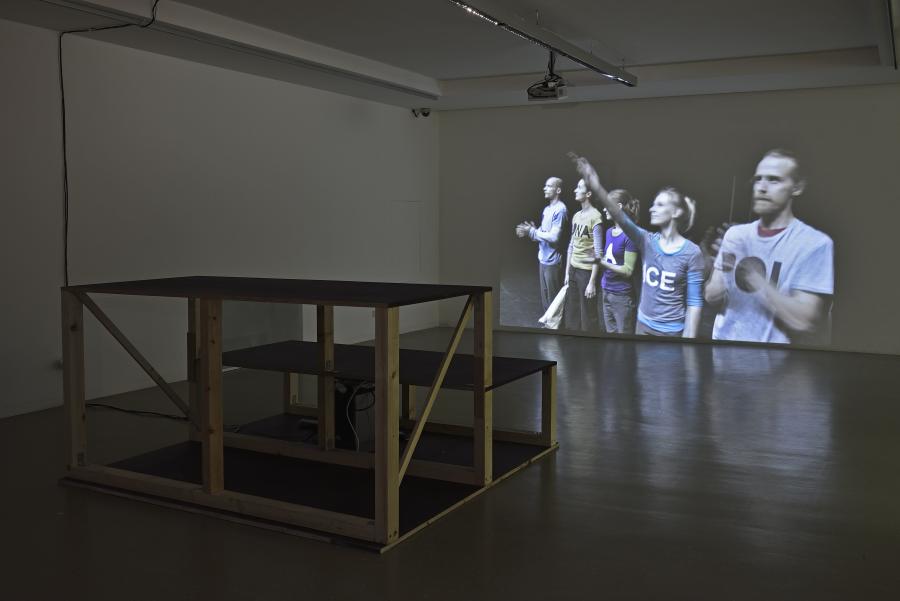 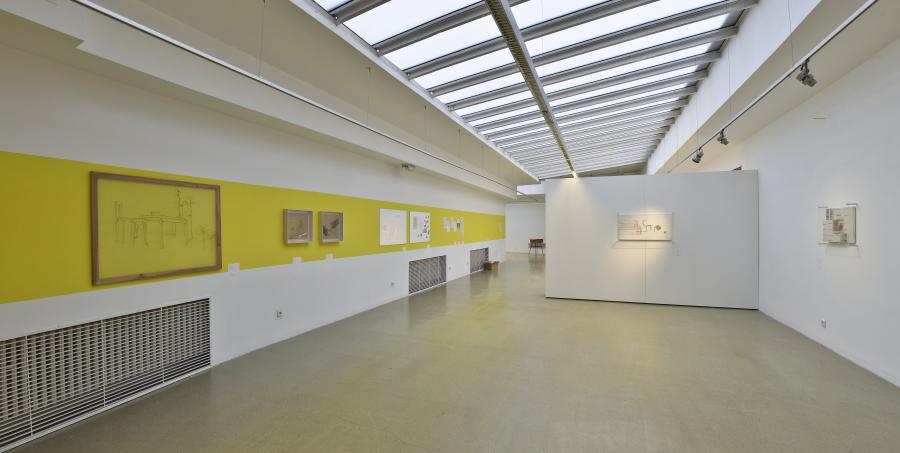 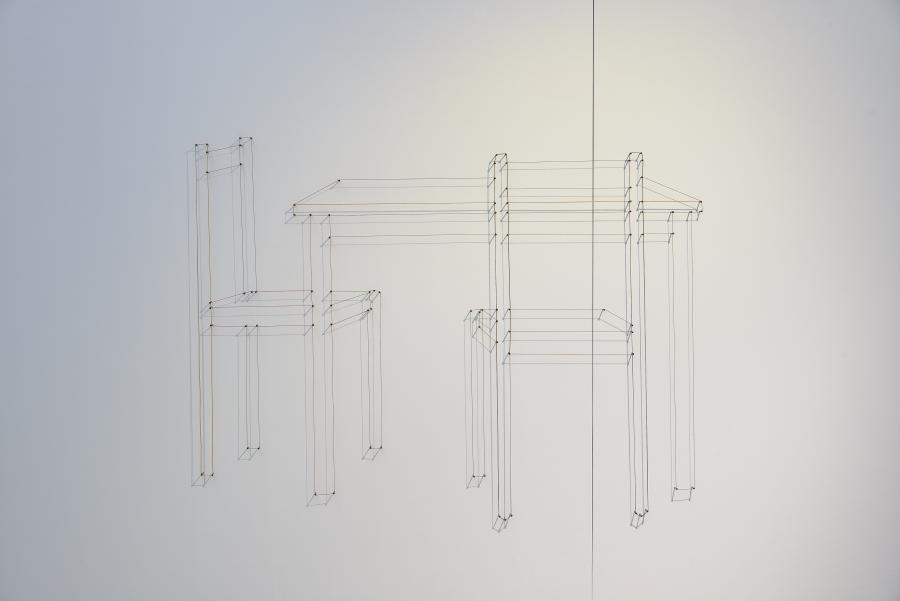 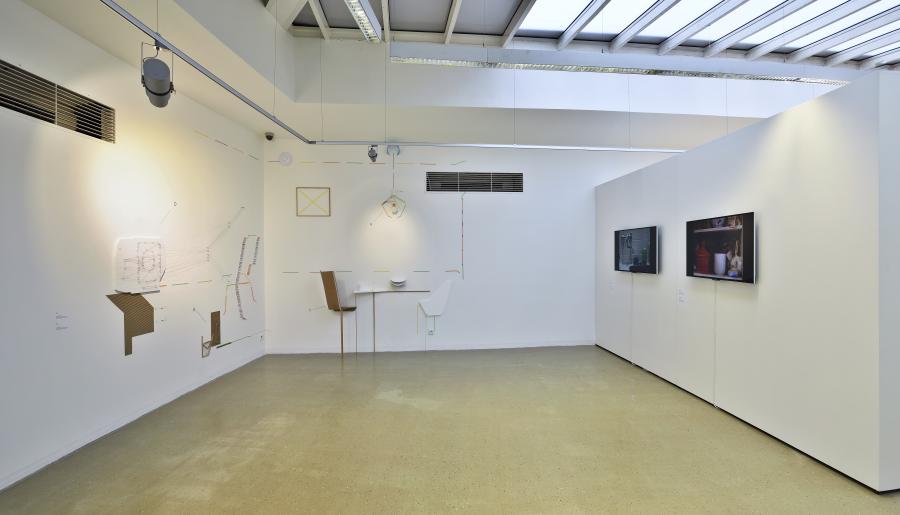 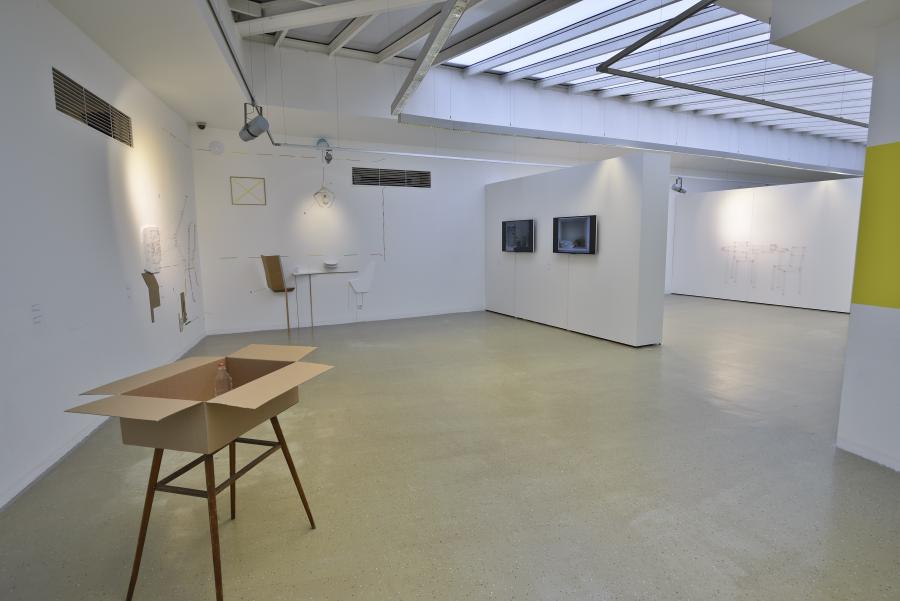 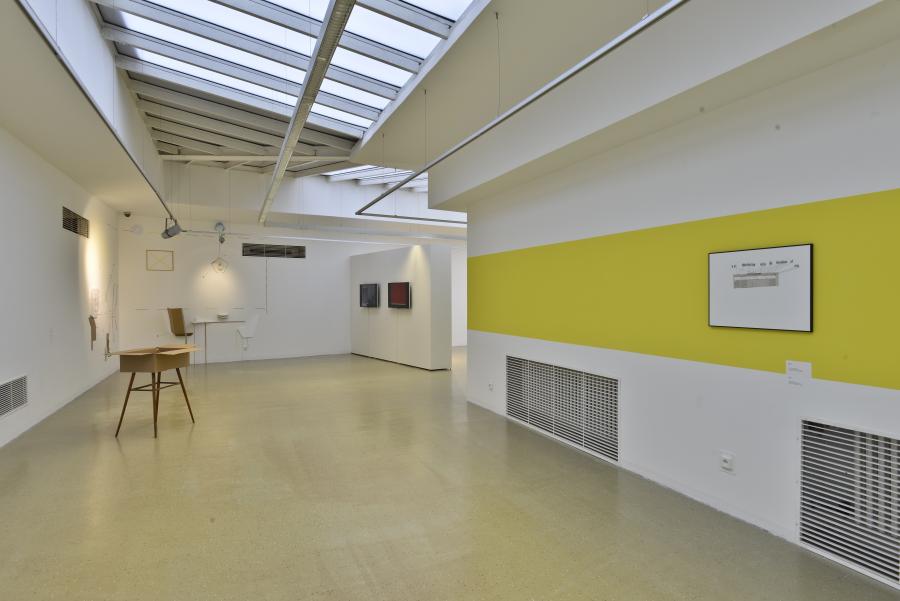 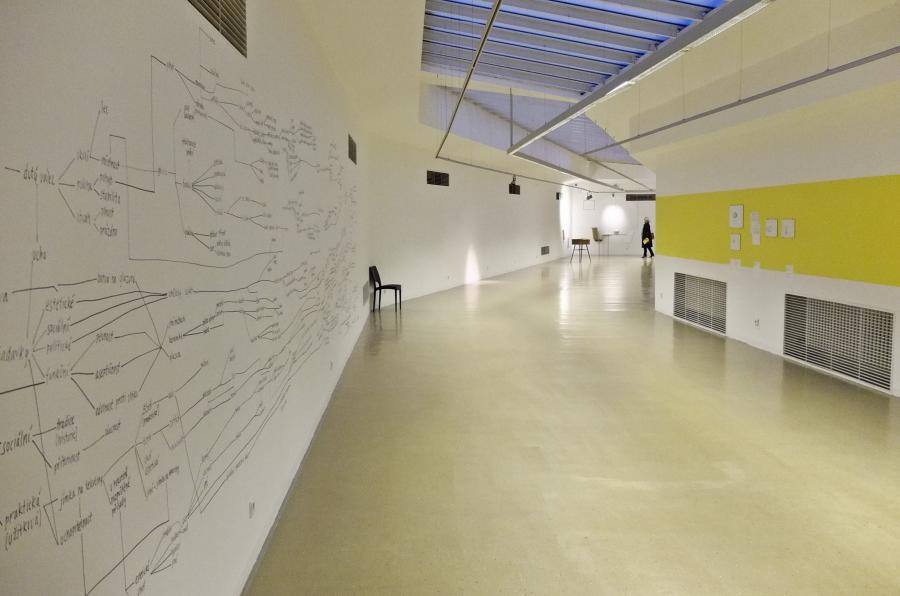 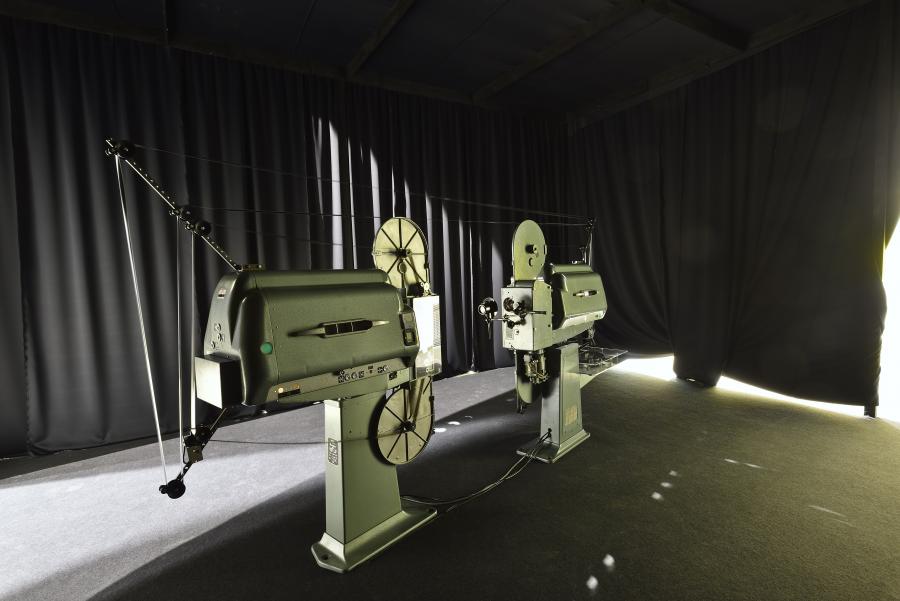 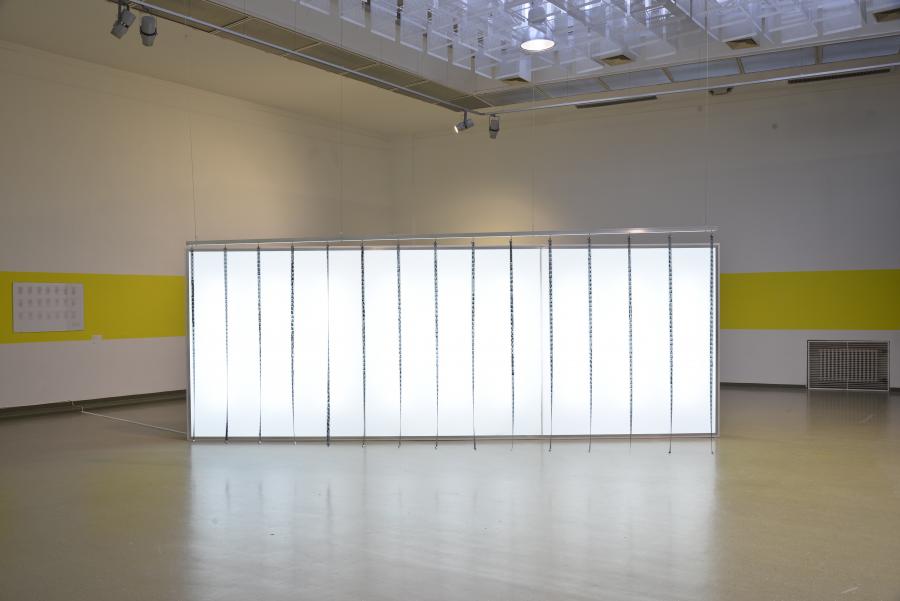 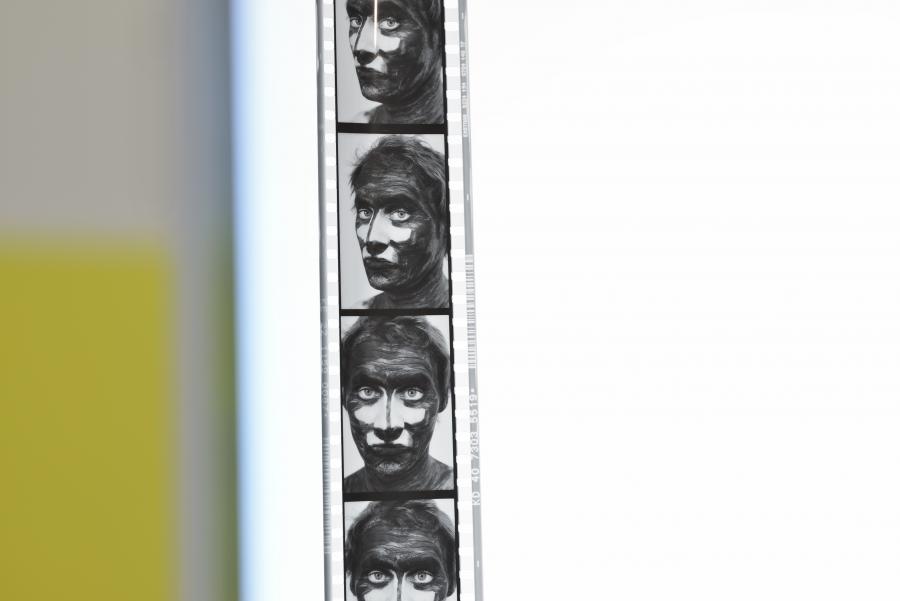 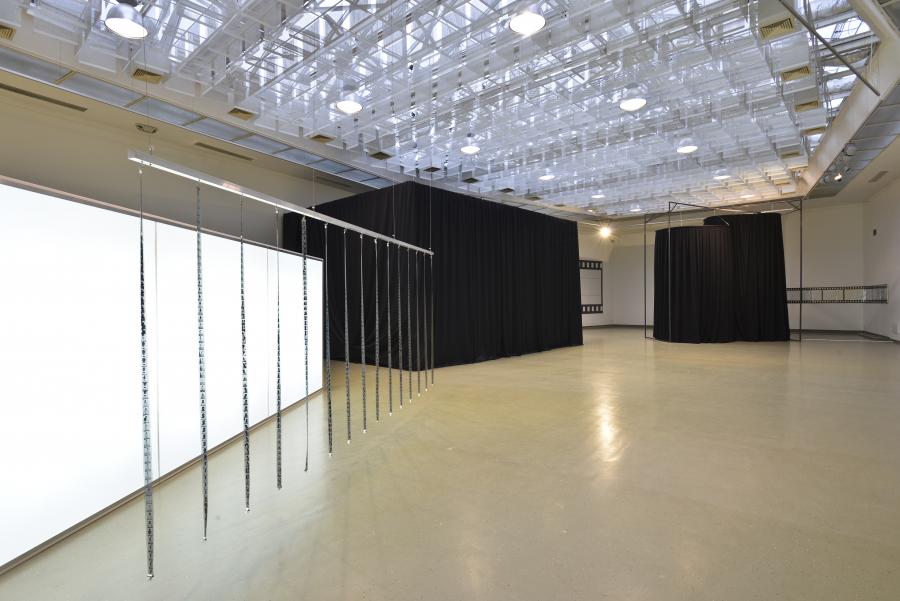 Mančuška appeared on the art scene in the late 1990s together with the other members of the Headless Horseman collective (Josef Bolf, Jan Šerých and Tomáš Vaněk). His work is distantly related to the Czechoslovak vernacular version of Conceptualism of the 1960s and 70s (Stano Filko, Jiří Kovanda and others). Similarly to the somewhat older group Pondělí (Monday), Mančuška held the opinion that (creative) identity was defined as a socio-cultural construction, which stood in opposition to the conventional Surrealist and romanticist departure point of Czech art. With growing international acclaim, two different lines began to be differentiated in his oeuvre and thereafter remained constant in it. On the one hand he developed the post-Conceptual artistic tradition, which actively thematizes language in the process of narration (literary, video, performance and cinematographic language). On the other hand his interest grew in recounting – often existential, true stories. The movement between the elements of these two spectra – the artificiality of language and the oppressiveness of the narrated story – might be regarded as the primary locus of the power of his expression. Mančuška sought to create new agency in artistic theory as well as practice. He perceived the necessity of bridging the contradiction of the present between art prior to, and after the fall of the Berlin Wall. In his view, artists were either clinging to nativist art forms and traditions, or without objection speaking the language and topics of the international art canon. The new agency, as realized by Mančuška, was to be internationally engaged and, through this engagement, capable of relating stories connected with the place and with specific historical experience.

Mančuška himself conceived exhibitions as installation, as well as performative, events. The first retrospective is not a simulation of the artist’s approach to the exhibition as a locally specific event. It is (quite conventionally) structured chronologically. It places emphasis on the precise re-installation of works that are intellectually and aesthetically ground-breaking, which have been generously lent by important international and domestic collections.

The series of reliefs It Only Hurts when I Laugh (1999) and Liberated Household and the installation Morning (2001) were made of materials decomposing over time − which can be viewed as a memento mori, as a precondition of their real topicality. They are as fleeting and temporary as the intimate (and often paranormal) emotions experienced by the artist in the bathrooms, living rooms and kitchens the appearance of which served him as models for these works. The installation entitled Conference (2001), exhibited at Manifesta 4 (and today held in the collections of the New York MoMA), transformed this intimate para-normality composed of unstable materials to social space – thus, the installation becomes a testimony, an imprint of people participating in a conference on (unspecified) political issues.

The characteristic element in Mančuškaʼs oeuvre became his series of works transposing either (often) a real story or a story “found” by the artist for spatial installations – lines intersecting space. The levitating words offer the possibility of spatial reading and physically passing through the story: Within the While when I Walked the Room… (2005; today in the Kontakt Erste Group collection, Vienna), Twenty Minutes Later (2006; first exhibited at the Berlin Biennale in the same year and today held in the collection of Jill and Peter Kraus, USA) and Oedipus (2006; collection Centre Pompidou Paris). Here, Mančuška employed existential stories in order to contemplate the endless array of the possible ways of telling a story – ways depending on the one who is narrating and on the place from where he or she observes the particular event. The installations can also be read as stories unfolding in space. Mančuška at the same time applied these methods in film and video – from freezing motion picture in the large-dimensional installations Other than Yourself (2007; first exhibited in Kunsthalle Basel and today in the collection Thyssen-Bornemisza Art Contemporary, Vienna) to elaborately playing with and shifting a film sequence and film narration in, for example, the Killer without a Cause (2006) and Memory Loss (2010).

Apart from creating works of art, Mančuška also tirelessly produced texts and polemics, while his collected texts and nine interviews are part of the catalogue accompanying the presented exhibition. His textual (as well as spoken) production, which he himself viewed as a process parallel to visual practice, has the character of an associative (see, e.g. Cup, 2003) and critical apparatus changing over time (constant criticism). The gradual shifting from non-spectacular art (Anatoly Osmolovsky, Guy Debord) to vernacular phenomenology (mainly drawing on literary and film sources, such as Milan Kundera and Pavel Juráček, rather than the philosopher Jan Patočka) and political philosophy (Egon Bondy, Slavoj Žižek), the Noveau Roman − new novel − trend (Alain Robbe-Griller, Marguerite Duras, Věra Linhartová) and, eventually, to the theory of the movement image (Gilles Deleuze) represents a trajectory where reading along with often subjective interpretations work as a hot-bed of or a motor steering the transformations of both visual and staging language and forms.

The visitor will also find here parallel lines of drawings, studies and period materials, offering an excursion into a “post-conceptual” workplace that replaced the traditional art studio. The exhibition is accompanied by an extensive publication with a number of original and theoretical texts. It has been published in a collaboration between the Swiss publisher JRP|Ringier and tranzit.cz.

The retrospective exhibition of Ján Mančuška is based on a several-year reconstruction and inventorying of the artistʼs oeuvre and scripts. It was jointly organized by Prague City Gallery and the Ján Mančuška Estate, the Andrew Kreps Gallery New York and the Meyer Riegger Berlin/Karlsruhe as well as numerous institutions and private collectors who kindly provided the presented items on loan. At the Dom umenia/Kunsthalle Bratislava it is the first reprise and it will be presented at the Moravian Gallery in Brno in its modified version.