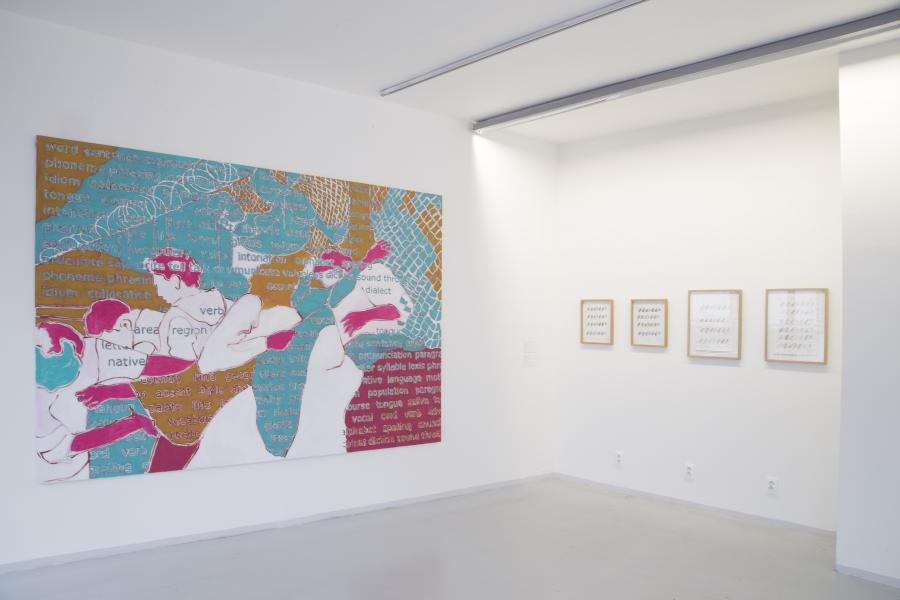 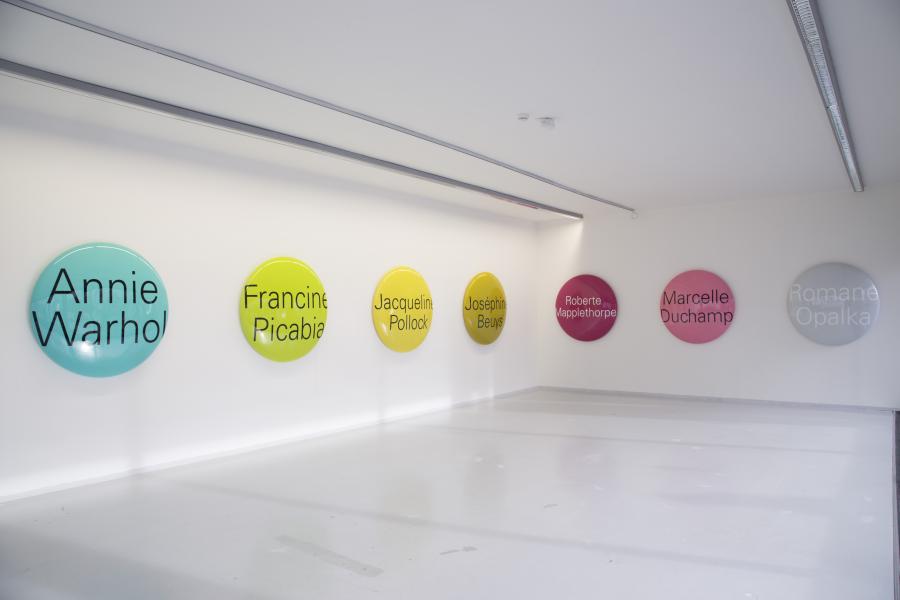 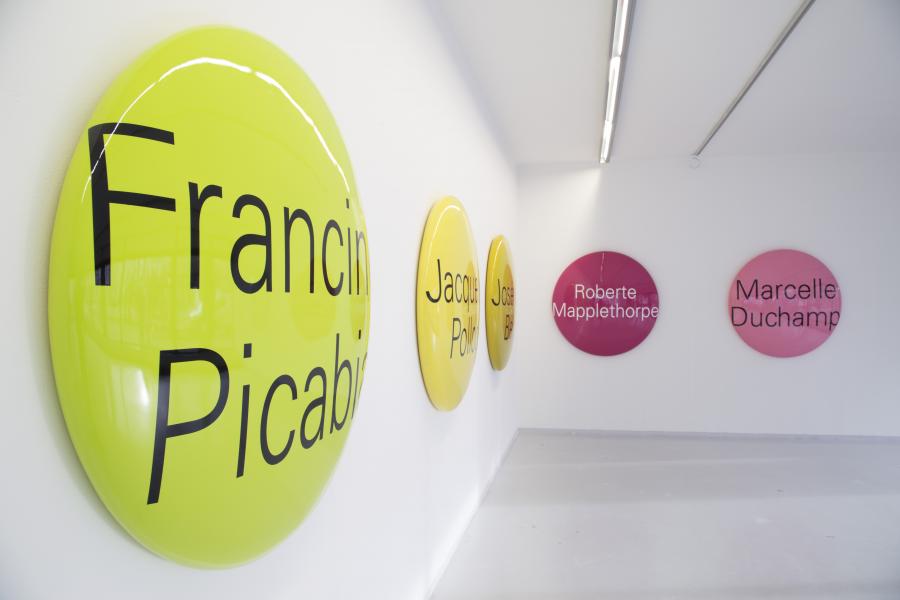 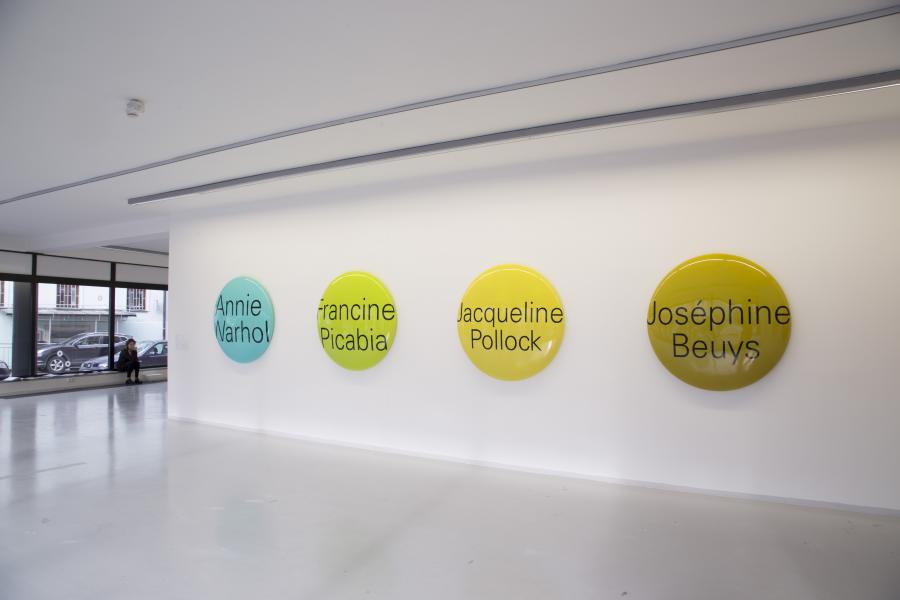 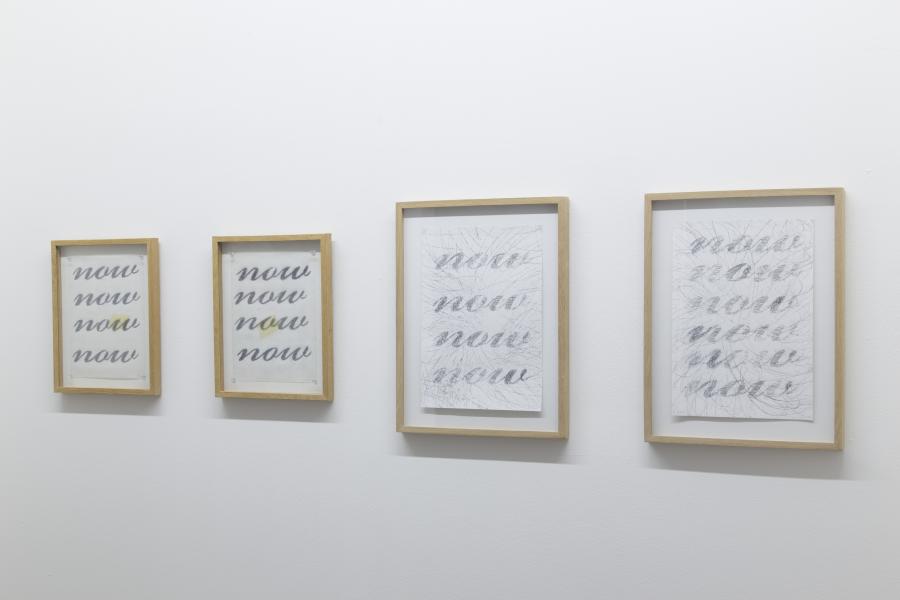 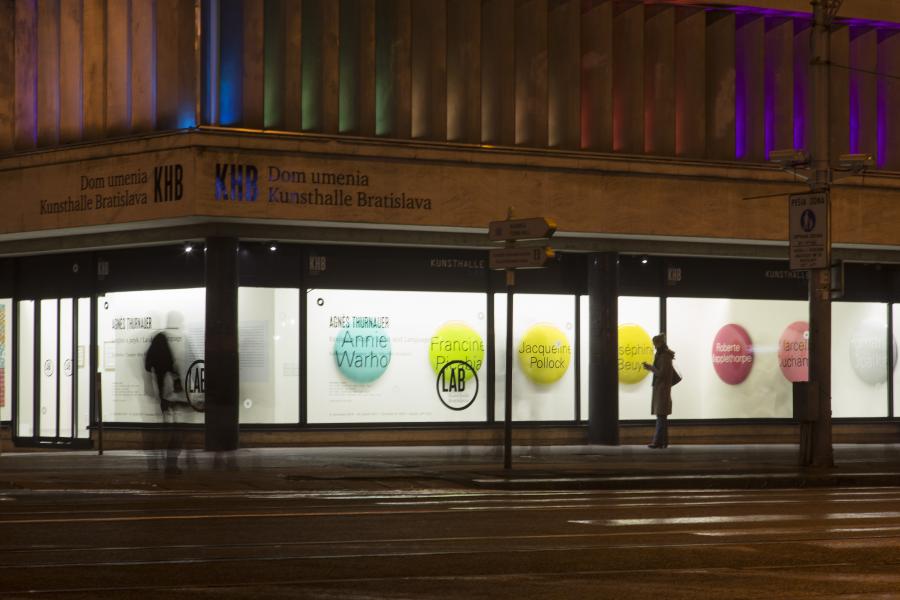 In terms of the exhibition communication to the outside world, given that its components, by far not non-essential, is the attractive visual representation of works, stands a good chance of overcoming the natural barrier between the closed space of the presentation and the public exterior. At the same time – also in connection with the venue of the exhibition (Kunsthalle LAB Bratislava) and due to the character of the selected works (as a specific section of the author’s creative work), it is a relatively freely, definitely not intentionally set-up exhibition in the LAB representing the kind of art which could also be assigned the attributes of the area reacting to the issues of feminism as well as gender art [1].

Although in case of the given segment of works, contrary to the character of works presented at the above-mentioned exhibition where they individually communicated the contents subjectively reacting to the theme of the current view of gender application, (also from the point of view of male – artists), Agnès Thurnauer touches upon the „globalized“ topic –  the disparity of women and men represented in the history of fine arts.

The primary decoding of the works – a series of „buttons“ with names of, as if, their female „opposites“, or variations or transcripts of male artists names / personalities of 20th century art history, really refers to the discourse, my times theoretically articulated, of the so-called writing of art history through works created by men, or through the male optics[2], which is, also in case of the presented works of the female artist, their fundamental base. The objects have an expressly minimized morphology – a simple round shape of an oversized lens emphasizing the precise elaboration leading to form purism, which, though, in this case is more statement expressive than any other form and by its charging impact it can also be close to the strategy of an advertisement slogan which usually carries a compressed contents to be communicated.

An important aspect is represented also by the form itself – a round suspended object as an allusion of a portrait, in this case rather substituting than representing a fictitious figure: e.g. Marcelle Duchamp, Annie Warhol, Joséphine Beuys, Jacqueline Pollock. The given name thus becomes a symbol of a non-existent reality in which, behind the name of a figure, there is also a coded reference to the artworks on which we could – hypothetically – write a history of art other than the one we know.

This version of the portrait in which the creation of an opposite against the generally known reality defying its basic function is integrated, since it symbolically presents something what that has never been before, is the basic construction component of this series and really it can also be the basis for an interpretation from the perspective of the institutional critique or that of an artistic operation. An example of such an approach is her previous exhibition Bien faite, mal faite, pas faite in Gent[3] where the artist applied the names of fictitious female artists as certain „alter egos“ of not only reputed artists, but also of some men from the history of  culture and philosophy, on the walls within the building interior. The present collection Portraits Grandeur Nature nevertheless brings along a significant superstructure – in the perception of Agnès Thurnauer it is not only an effort to create exactly formulated (based on the name typology) female opposites in the sense of critical reassessment of art history writing, but also  a deliberate blurring of gender reading of this history , namely by means of fiction created in this way, the sources of which we can however read reliably.

The question posed by the artist through this series (and the collection presented at the exhibition was actually based on it too), is also to what extent the gender aspect is important in perceiving the painting (art) by viewers. Here, a significant role is played by the present principle of (non) depiction – the objects of the series of portraits are a manifestation of a symbolic substitution of a fictitious reality rather than traditional painting formats through a relevant narration, whose final shape and contents, according to the artist are also considerably affected by the participation of the viewer through his/her perception. Thus fine arts – painting, which represents the realm of her work, for her becomes principally the aspect determining their mutual relationship and primarily does not have to be subordinate to categorization/interpretation on the basis of gender criteria. For this reason, too – in a certain subversive manner – the collection   Portraits Grandeur Nature also provides space for the version of the male „opposite“ of Louise Bourgeouis’s name in the form of Louis Bourgeouis.

The execution of the XX story (since 2003) is a long-term „work in progress “, which derives from the basis similar to the portrait series. One of its versions includes a big canvas format consisting of the female name forms of some well-known artists of art history from the 12th to 20th centuries implemented as a drawing. It is actually the first work whereby the artist began to react to the gender issue in art history gradually developing this line in several media. Besides the present „buttons“ it continuously appears in the paintings and projects, which are based on text and objects. As a certain, initially formal pendant to this work, in terms of narration or communication by means of text/language, there is the series of „grids“ of alphabet letters Matrice/Sol (2014), shaped in a reverse order – by the hollow volume whereby the artist demonstrates the fact that art is first of all a matter of reading, interpretation and language and these components are in constant and variable movement and they are always generated into a new form.

One of the recent artist’s works, the painting Land and Language (2016), to a certain extent, represents a logical outcome of her long-term interest in language and art where the text is an important tool of not only creation, but also communication and interpretation. It demonstrates another sphere of her interest dedicated to the topic of migration, not only in the sense of physical, but mainly mental activity. She deals with the issue of how we are able to „migrate“ from one language to another, what limits and restrictions this migration brings along to our consciousness, and what its consequences may be.