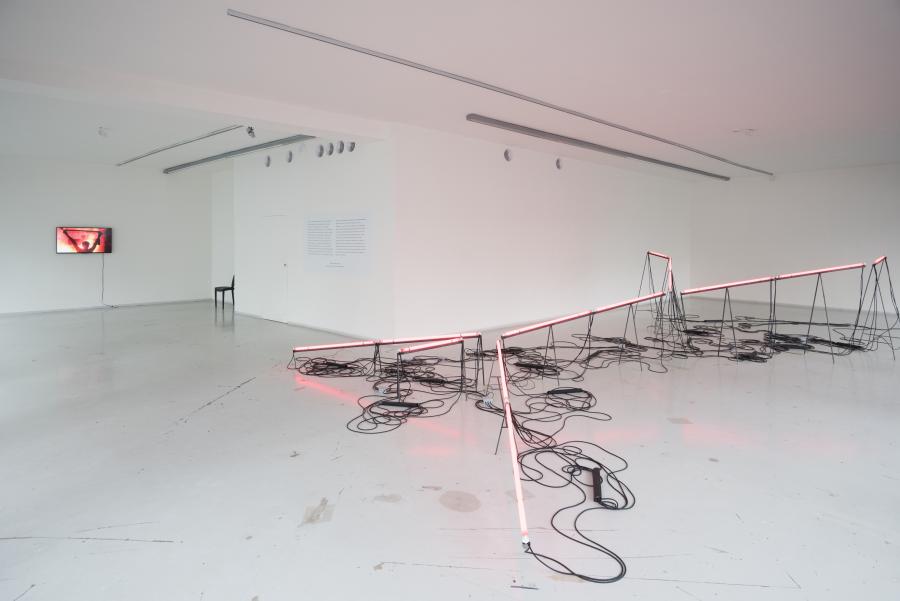 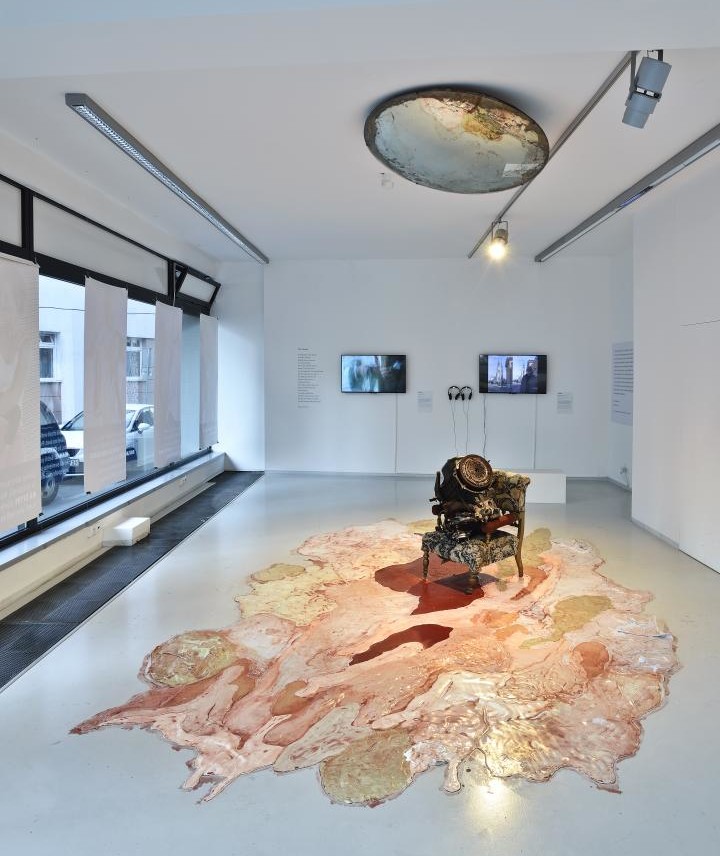 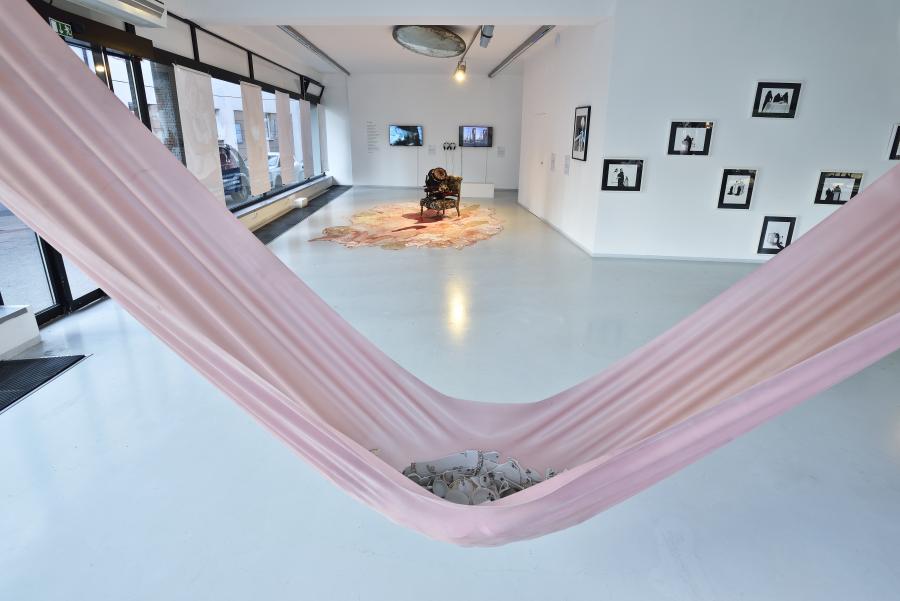 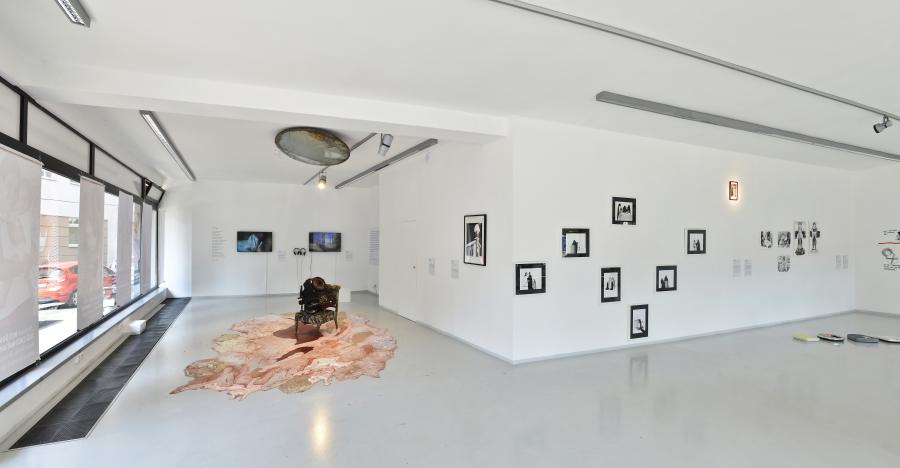 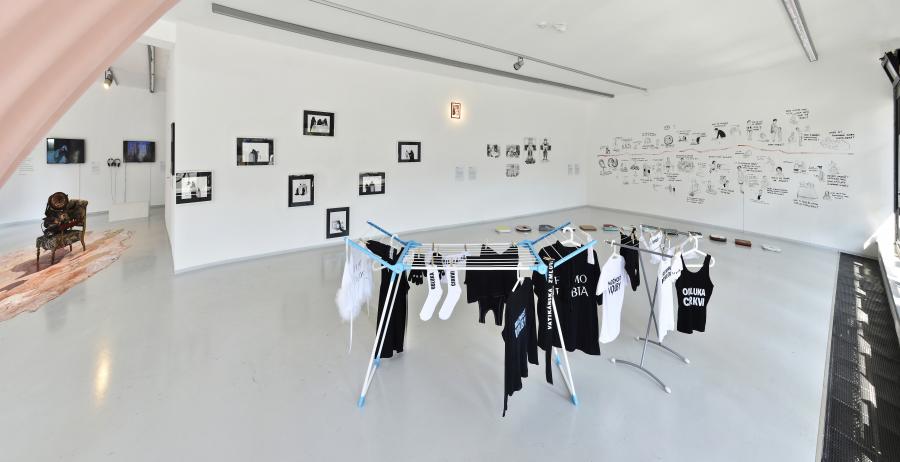 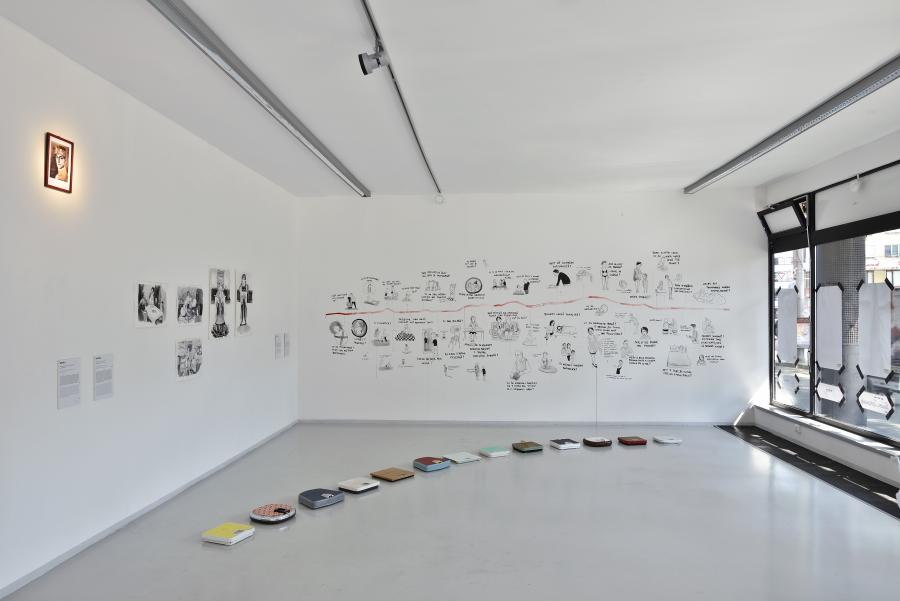 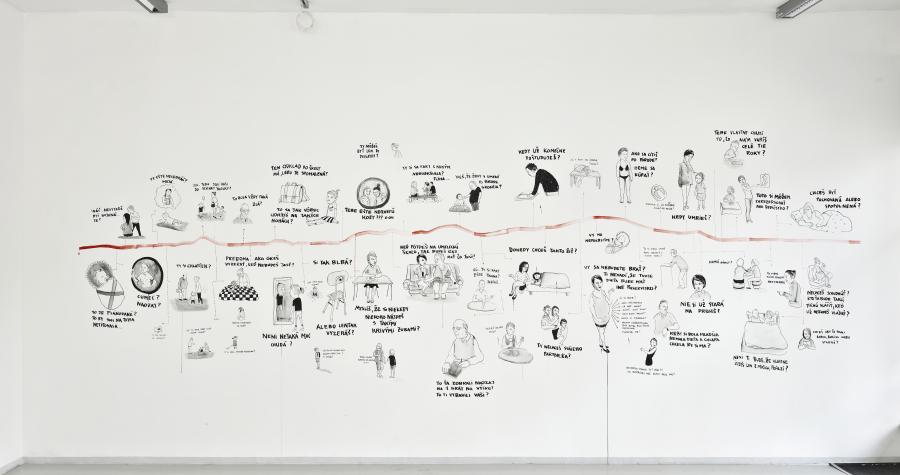 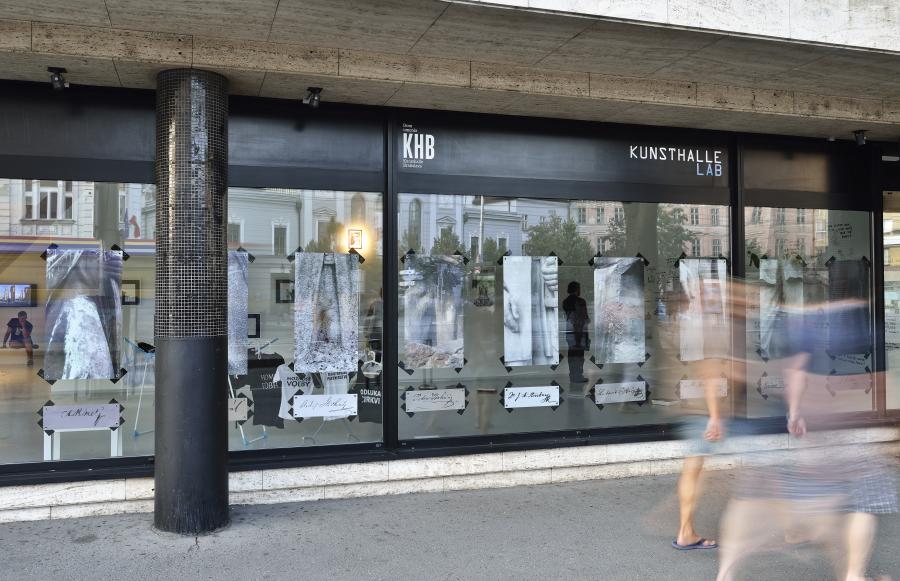 The exhibition Fem(inist) Fatale presents a feminist response to the current state of our society through art. Entitled ironically, it addresses the notion of “femme fatale” as one of many symbolic gender clichés. However, the word fatal in its meaning no longer connotes a seductive woman, existing primarily for men to look at, but rather hints to feminism as a political and personal attitude. This “fatal perspective” can shift the perception of common reality in a way that it will no longer seem neutral in terms of power.

If we think about the way the status of women has changed in our society over the last decades, we can certainly talk about some great shifts. At first glance it might seem that we live in a society with equal rights for all – and the vast majority certainly believes so. What’s the point of bringing back the notion of feminism, then?

The artworks presented by the exhibition Fem(inist) Fatale seek answers to this and other questions. Artists respond to issues considered relevant and problematic from the perspective of both feminism and gender, primarily focusing on the hidden mechanisms of gender inequality that persist within the society.

The works of Petra Čížková and Jana Štěpánová focus on non-heterosexual identities. Within the society that considers heterosexuality as the only acceptable option, everything that disrupts it takes on the form of an unintended political act. Through the perspective of everyday living, Jana Štěpánová brings out private lives of lesbian mothers into public space.

The current social situation marked by the recent discussion on the so-called traditional family and the human rights of non-heterosexual minorities is reflected by Eva Filová, Mária Čorejová a Lucia Dovičáková. Their works comment on the absurd idea of the single right type of family life that are – albeit not corresponding with the common reality in Slovakia or abroad – enrooting in our political practice. The works of Lucia Dovičáková and Anna Daučíková mock the supervision of church over people’s sexual lives. In addition to irony, many of the exhibited works are rich in wit, liberating exaggeration and self-irony.

Feminism as a subject mater has been present in the context of Slovak art (including artworks and theoretical discourse) since the 90s of the 20th century. However, despite several separate artistic and institutional activities thematically related to feminism, there has been no group exhibition organized in Slovakia that would openly nod to its feminist background yet.

The artworks presented by the exhibition Fem(inist) Fatale are not placed into feminist context secondarily (selected by curator), but primarily through to their artistic intent. If we perceive feminism as a critical social attitude, it is only logical that male and female artists addressing political and social subject matters subscribe to feminism as well.

The selection of artists presented at the exhibition is based upon their former cooperation with the feminist culture magazine Aspekt(1993 – 2004) and the eponymous educational and publishing organization (1993 until now; www.aspekt.sk), as well as the gender-oriented magazine Glosolália (2012 until now; www.glosolalia.sk). The added value of the exhibition lies in its interdisciplinary character: the side events accompanying the exhibition will focus on various forms of feminist and gender research (from the perspective of art history, social sciences, philosophy, etc.), and art. Therefore, the exhibition Fem(inist) Fatale aspires to serve as a contribution to feminist disputes about art and the current social situation.

Certain issues addressed by feminism often provoke critical and rejecting responses. This may signal efforts to preserve the habitual functioning of society at the expense of inequality, although it is usually just a fear of change and uncertainty. Feminist thinking and practice offer ways of politicizing our everyday experience: such as how to meaningfully utilize instability to not only criticize gender-based exclusion and discrimination, while taking into account other categories including social class, race, sexual orientation, ethnicity, age, etc., but especially when it comes to creating conditions for social inclusion.

According to the Glossary of Gender-related terms, “the aim of feminist movement is to reveal and question the unequal position of women and men, and to seek ways and effective means of eliminating gender inequality (…)” It should also be emphasized that feminism draws from a wide range of theoretical assumptions and is engaged in diverse topics. Thus, the plural form feminisms is sometimes used to express involvement of both women and men. Eventually, as bell hooks says in her book Feminism for Everybody, “if men and women want to learn what is love, they need to support feminism”. After all, it is an effort to reach a fairer and freer society for all. Certainly, there is still a long way to go when it comes to fulfilling the pursuit of a society based on gender equality. Thus, the need for critical feminist perspective that enables us to analyze various mechanisms of power still remains crucial.