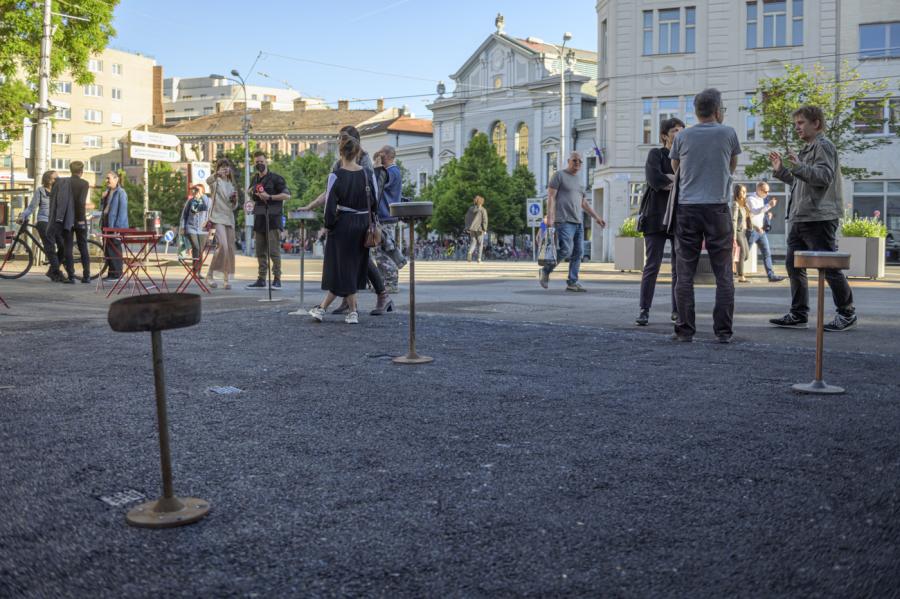 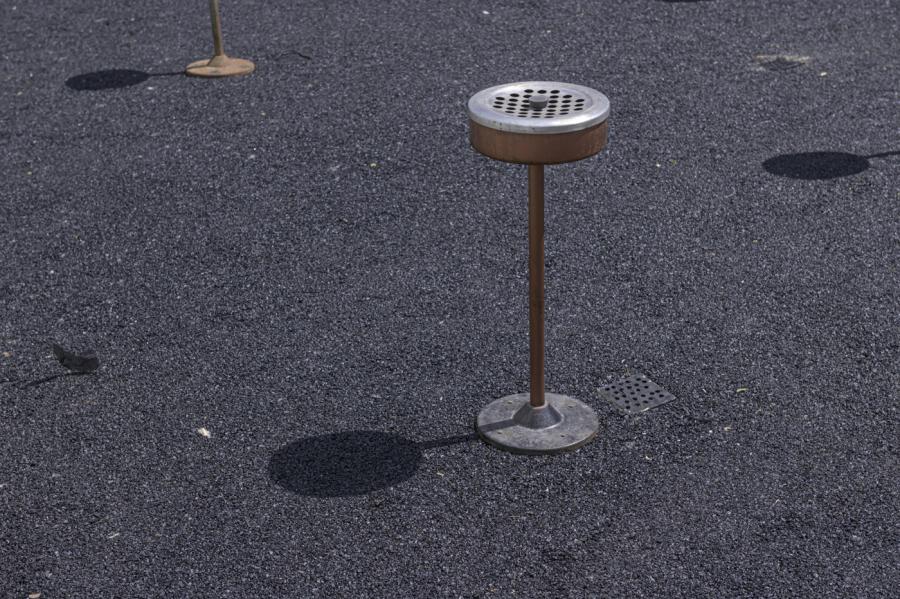 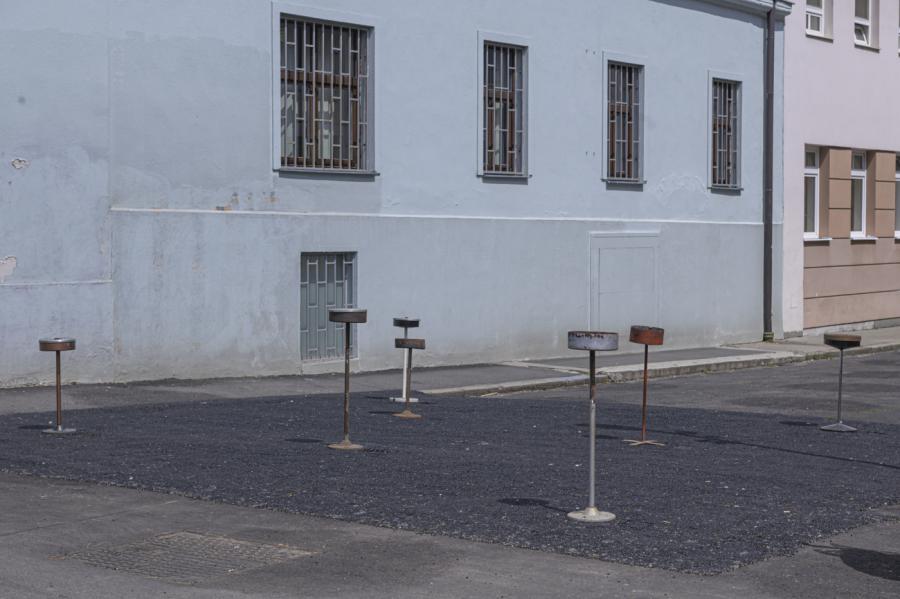 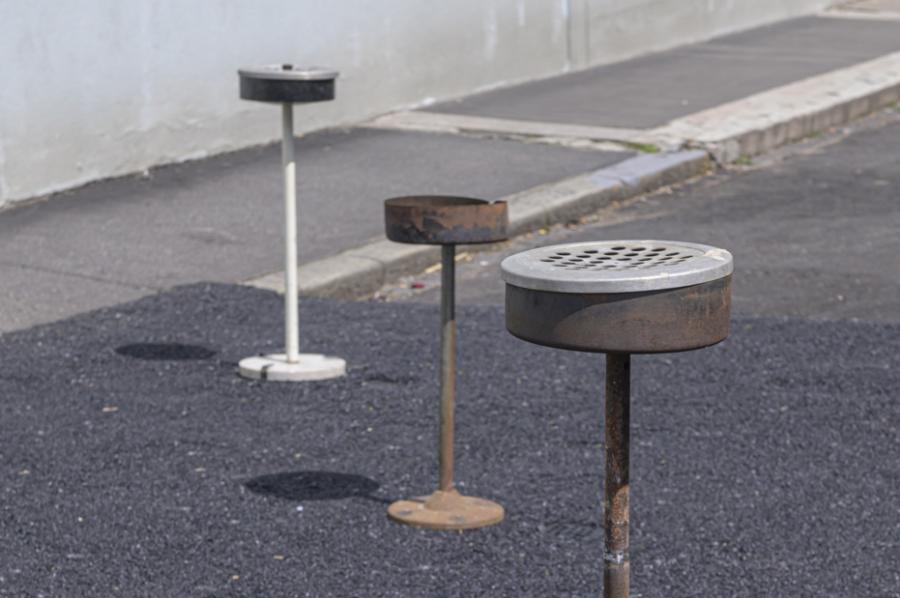 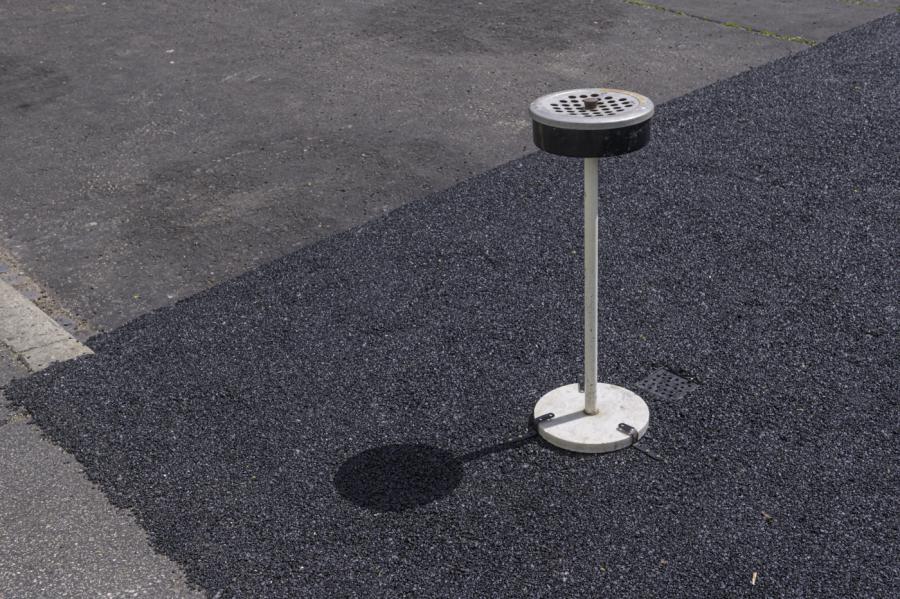 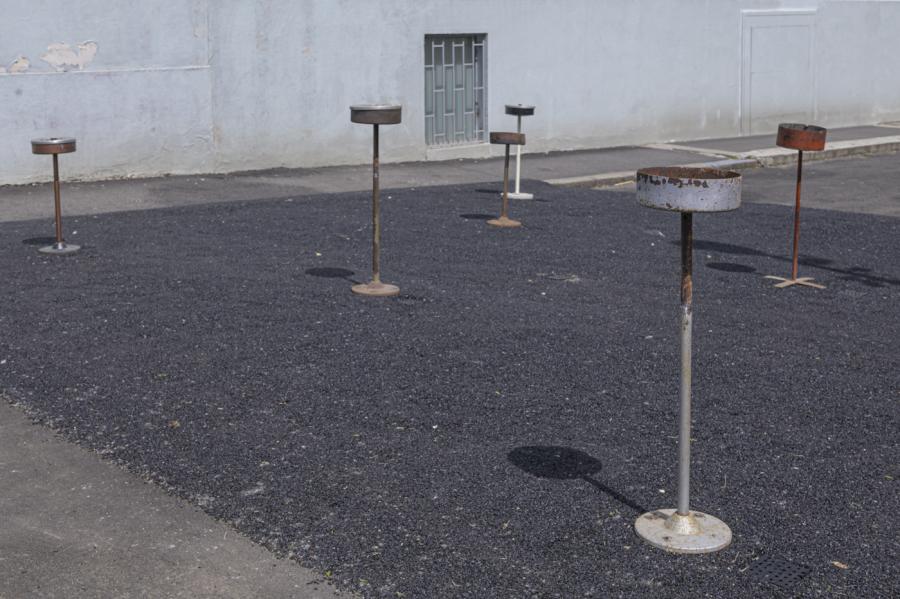 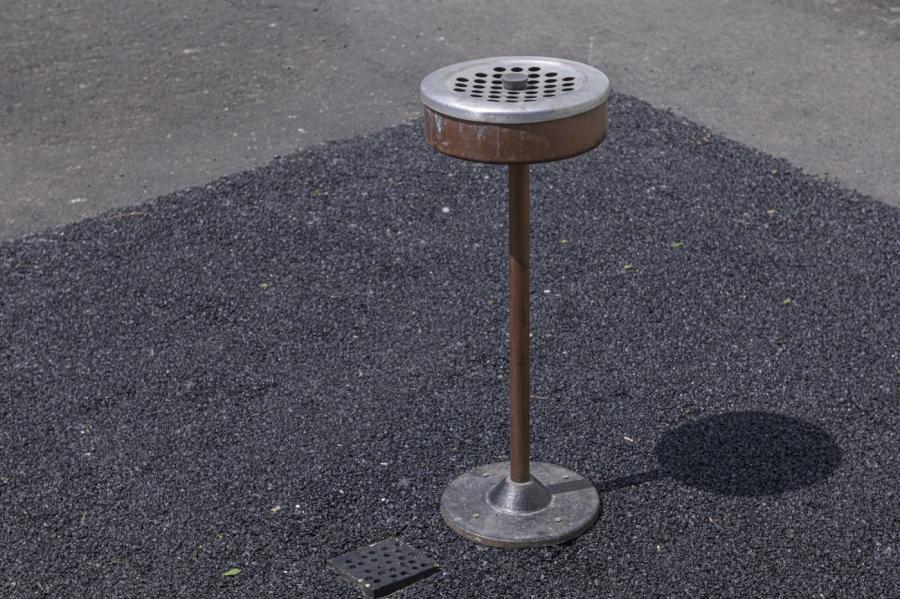 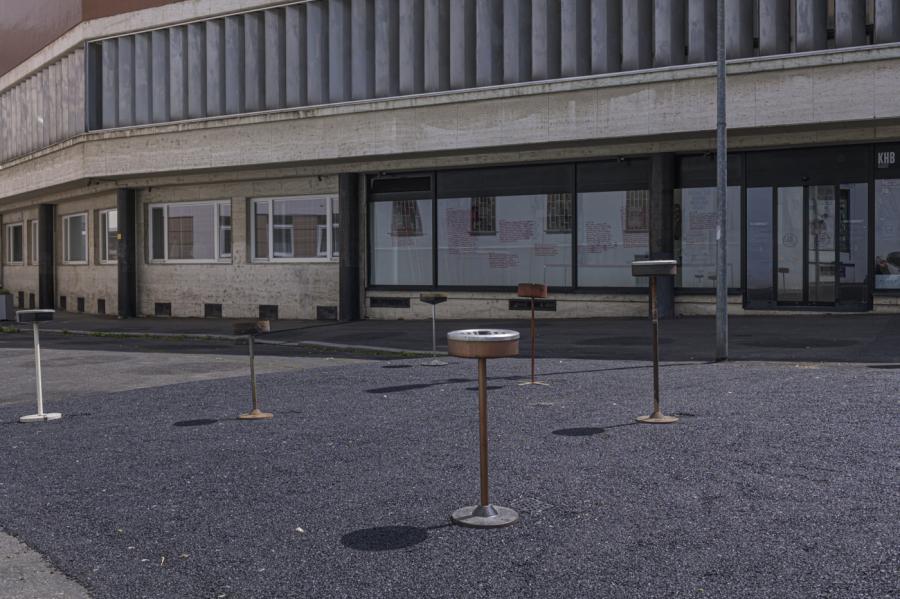 Do you remember how we met?

The exhibition has been cancelled early due to several destructive interventions made by vandals.

Do You Remember How We Met? in Kunsthalle EXT is an artwork concerned with the theme of individual memory and the first meetings and memories of the artist and her friends. It consists of an object installation of ashtrays in public space, which is intended to be an impulse to recollection by the viewer. We think of memory as an ability that enables us to store experiences, items of knowledge and recollections. Those are formed under the sway of our emotions and psychic disposition, which may lead to their distortion. The starting point for the project’s author Nikola Čižmárová is retroactive remembering and the procedures that are formed in memory.

Seven friends combined in the process of production of the work. Each had to write down how they remembered their first meetings. The artist also applied this procedure, and at the same time all of them selected sections that they regarded as essential. In writing memories, our selectivity when choosing fragments becomes deeper. We think more intensively about what we are to say and how to say it, so that this version may faithfully render our idea of the given memory. In these subjective descriptions of interactions we can find three distinct levels of remembrance. The first is a feeling that we recall the entirety of the given event. The second level is awareness of our memory’s fragmentariness. The final level is the loss of memories; this may be felt in one of the texts, whose purport is: “Sorry, I don’t remember”. In the work these different modes of our process of recollection of the past generate two versions of memories of every meeting, which are mildly in confrontation and (do not) bear each other out. The texts were the basis for creating the sound recording, which retrieves memories of dialogues in past meetings. Connected with these is the selection of objects. In some of the first interactions, the common denominators were ashtrays, which may be thought of as footholds for memories of three specific streets where the situations were played out.

The artist had a long-term tendency to subject herself to the process of recollection by means of self-isolation. However, her consideration of recollection and isolation changed in the course of the last year, to a need to achieve a work that would set up a place for recollection and chance meeting. In her own words: “There was a time when I thought that the core feeling of my life would be nostalgia. But my succumbing to nostalgic moments and emotions is preceded by a certain process that I submit to willingly. Some people would say I’m escaping, I’m dropping out, I’m ignoring the world, and so on. I remember that even as a little child I was creating time for myself for “a break from the world”. It sounds pathetic, but essentially I have a need to distance myself from the life I lead. It’s my habit always to re-evaluate my decisions, acts and behaviour. After more than a year spent in relative isolation, I have lost the desire for willed isolation. I don’t feel that this is a process of personal growth and retroactive analysis of behaviour and decisions. It’s more a falling into painful nostalgia, and a desire to meet, make acquaintances and socialise.”

One other benefit should be mentioned, which viewers may gain from Nikola Čižmárová’s need to reconstruct places and memories of her chance meetings in public space. Apart from triggering a process of recollection, the artist attempts (via the spontaneous interactions of those going round the installation, their conscious or unconscious nearness) to create a space for potential acquaintance-making and new memories.

The work is a MA thesis developed at the Department of Intermedia, under the supervision of Jana Kapelová and Nina Vidovencová, and presented as part of a collaboration between Kunsthalle Bratislava and the Academy of Fine Arts and Design in Bratislava.

Supported from public funds by the Slovak Arts Council.