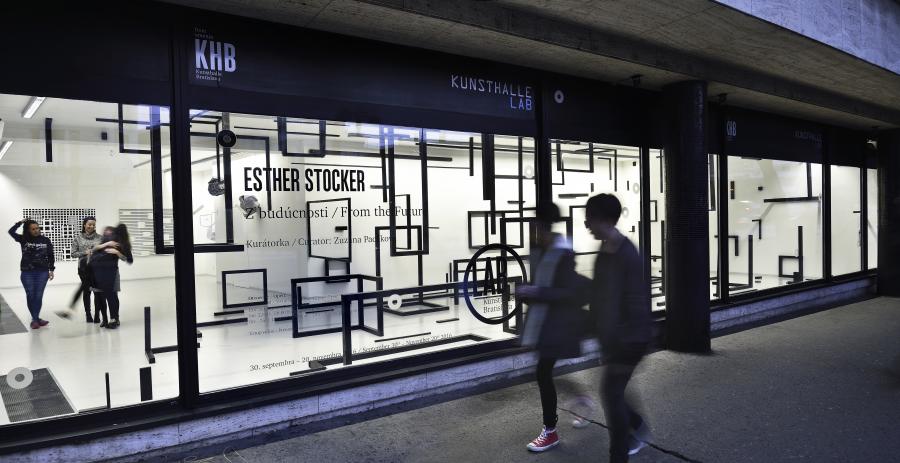 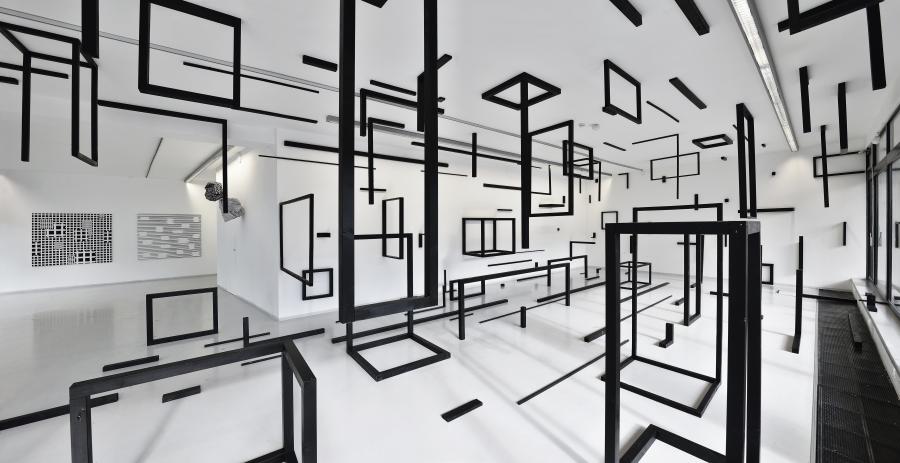 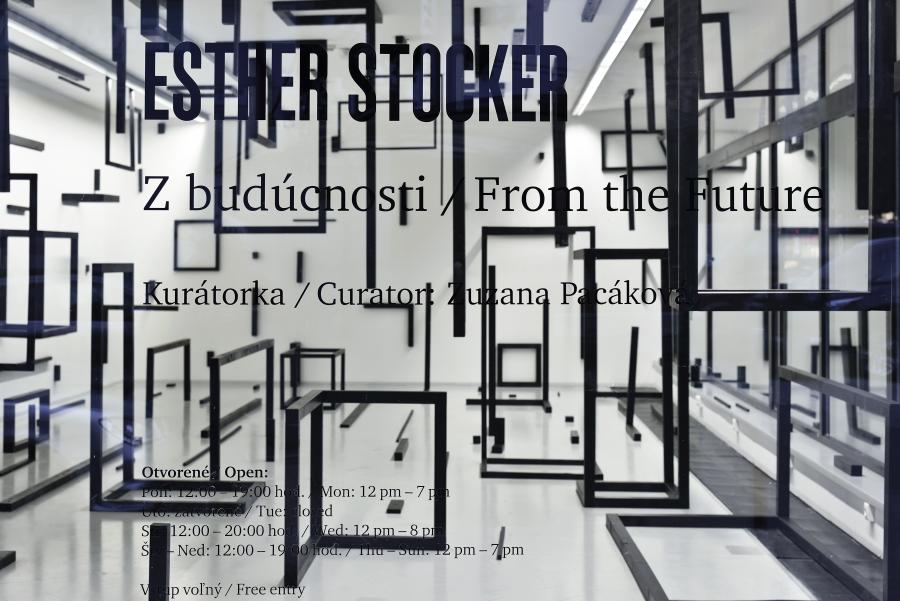 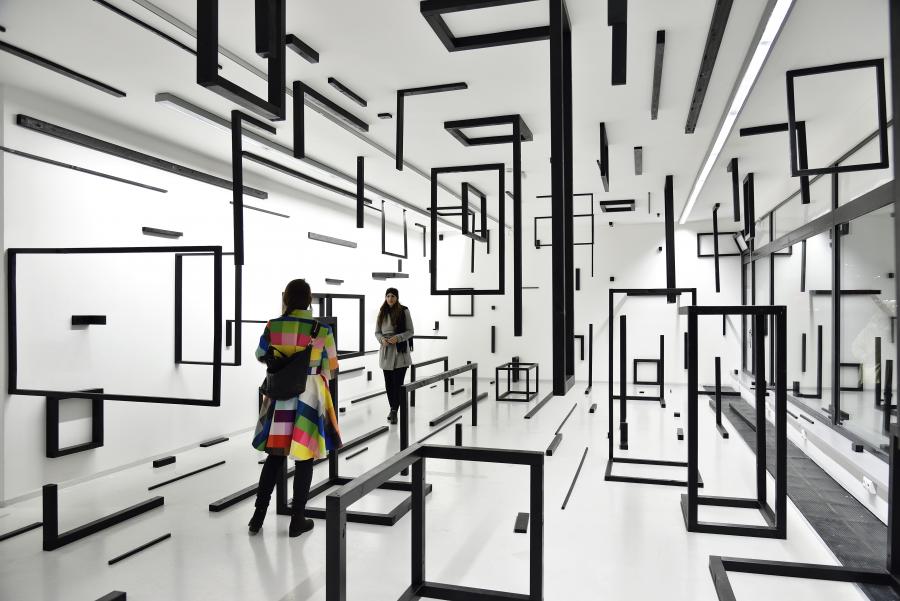 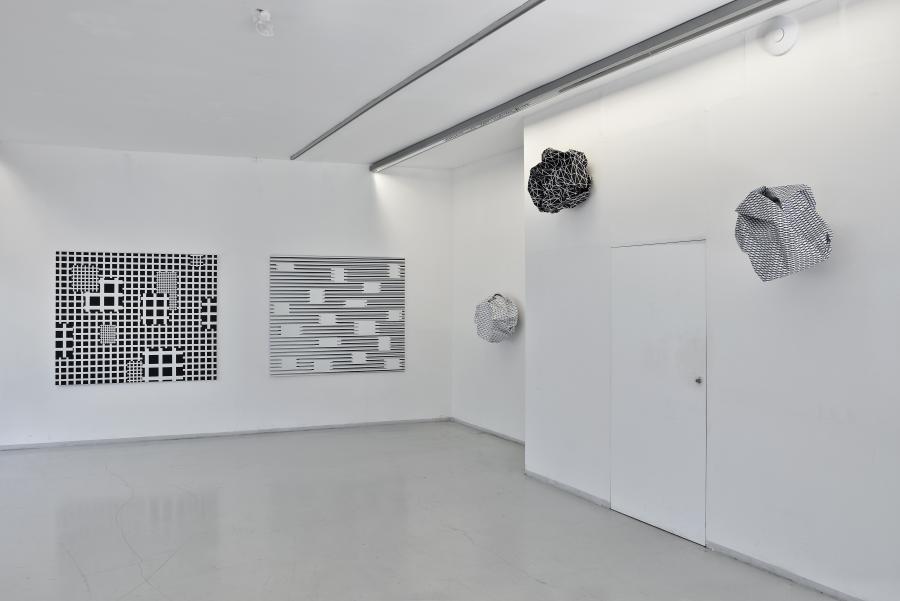 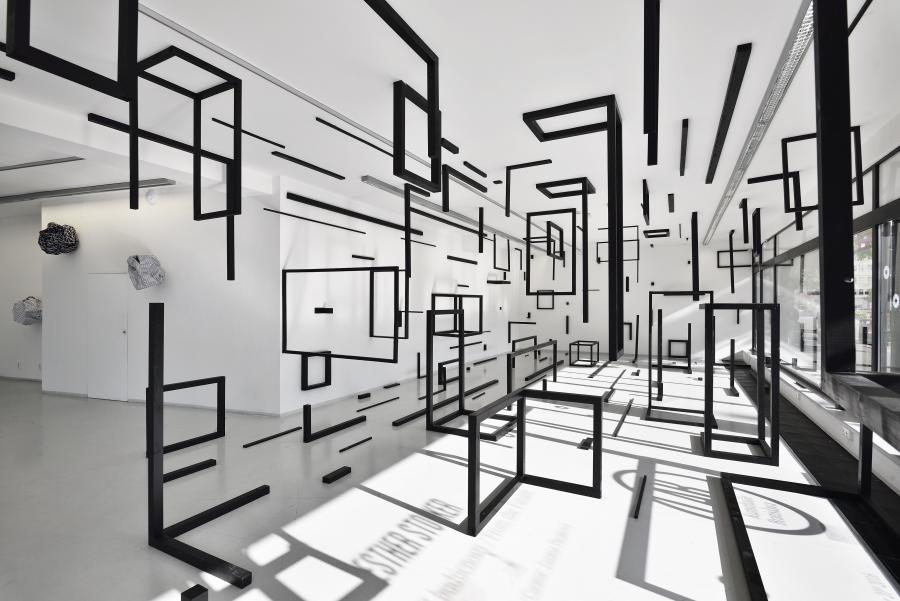 Her installations represent a direct continuation of abstract paintings and solitaire sculptures that she develops and decomposes within the space and consequently also applies in architecture as well as the public space. She highlights playfulness, and stimulates the viewer to complement the dynamics and determine the depth of the installation itself by his or her own presence or movement. Thus she defines the „finite“ of the given space

„I try to find things I was not looking for and there is solid truth in geometry. My paintings and installations focus on reduced geometrical structures and their ability to change. In this context I am interested in the contrasting poles of change: that it can lead to either development or collapse“, the artist explains her work.

The rigid organisation of individual elements creates a certain mathematical schematics, precision, and order. Strong visuality and playing with optical illusion often  make the viewers to define their own way of perception: focusing on a fragment of the geometrical landscape, or vice versa, perceiving space as an undefined whole. The presence of the viewer transforms the gallery into a podium, a playground, opening up new possibilities for perception and behaviour. The installation acts as a system of coordinates in which people represent the elements that determine and code them.

The author uses abstraction as her main medium whereby she formulates her own critical stance vis-a-vis the world, namely by respecting the arrangement of its individual structures. „Our society is governed by all sorts of systems and structures that organise and steer life. No system, however, whether political, judicial, economical, socio-cultural or spatial, can comprise life in its entirety. Every system has gaps, leaks and ambiguities“, Stocker says.

The „grid“, a characteristic feature of her work, visible only partially, incites imagination. It raises questions regarding the borderline between chaos and order, sets reality against fiction, foreground against background, accuracy against volatility or clarity of meaning against ambiguity. All kinds of planned incompleteness or errors in her illusive works are eventually completed by our assumptions about the world, as if we ourselves were becoming part of some test.

A small formal deviation of a line within the grid can cause disorientation. The disorientation that is not only visual, but also cognitive: the known can no longer be deciphered; the feeling of certainty disappears. Even though we do not know it, we assume that it has a certain form and we expect that this form is going to behave in a predictable way.

„I am personally fascinated by the way we recognize these expectations only when they are not accomplished. Most of all I am fascinated by formal paradoxes, the logic of contradiction. The fact that the structure can be orderly and disordered at the same time, and the exactness of geometry becomes vague sometimes“, the artist explains.