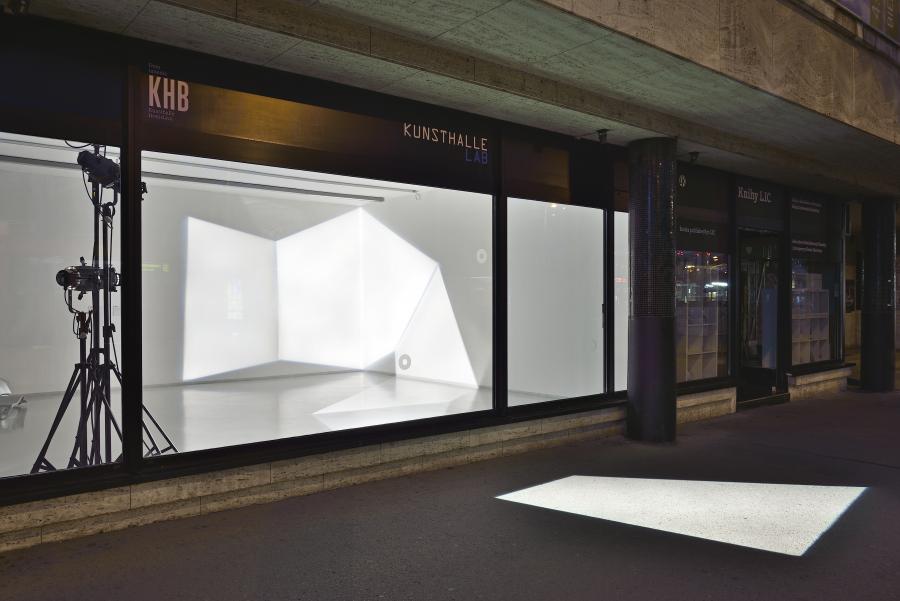 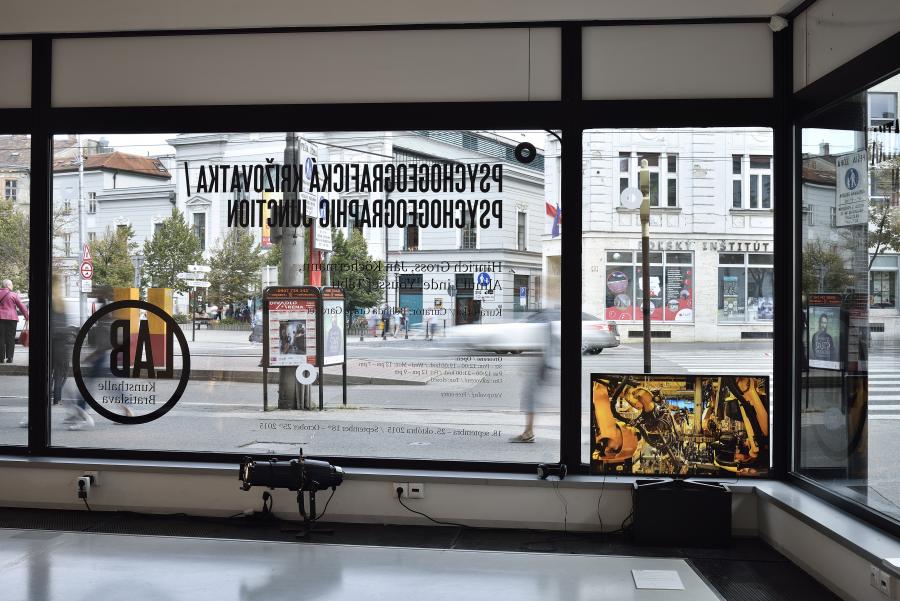 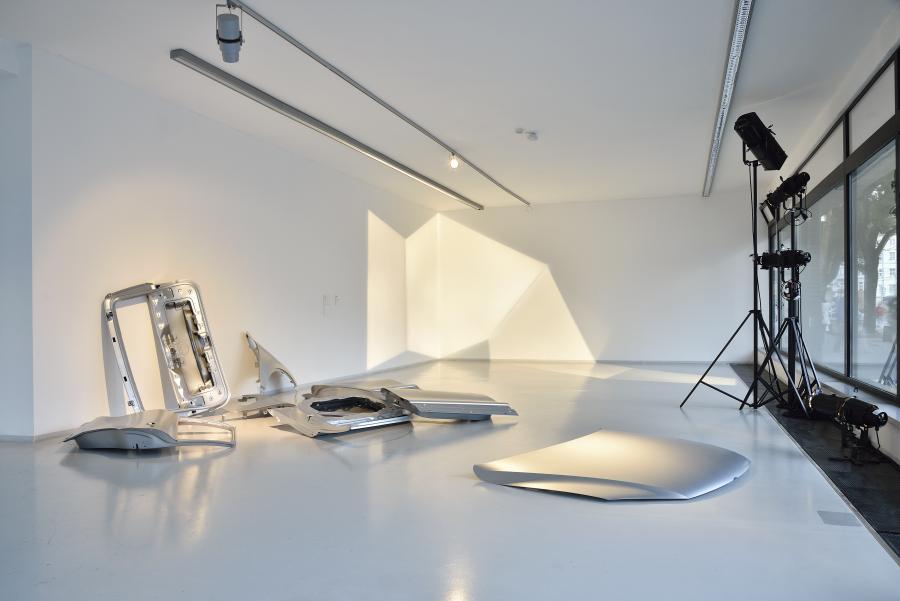 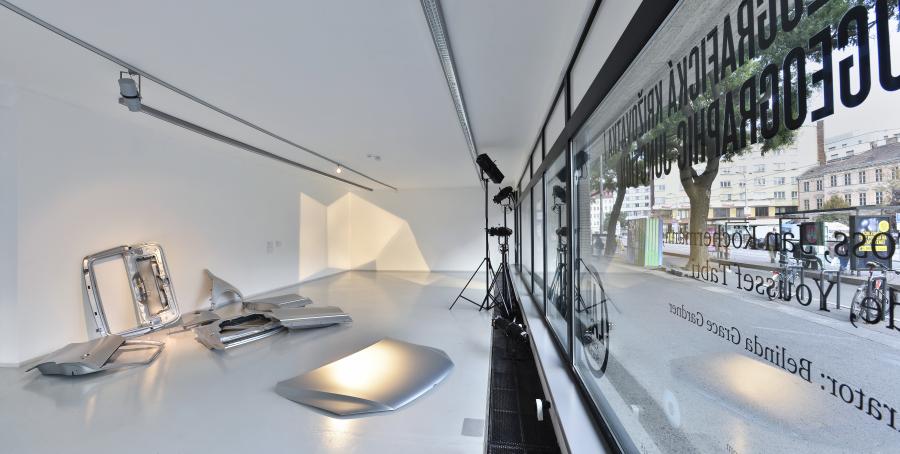 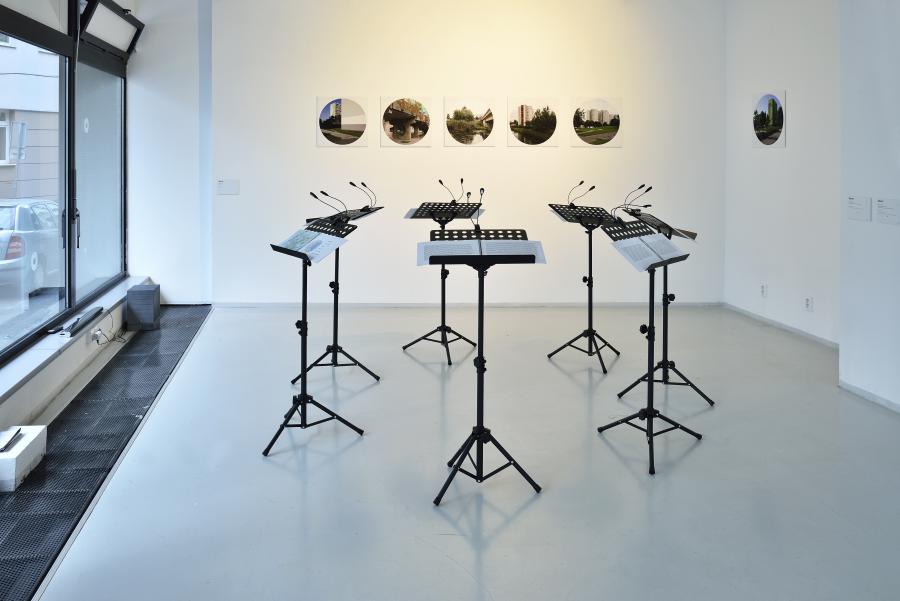 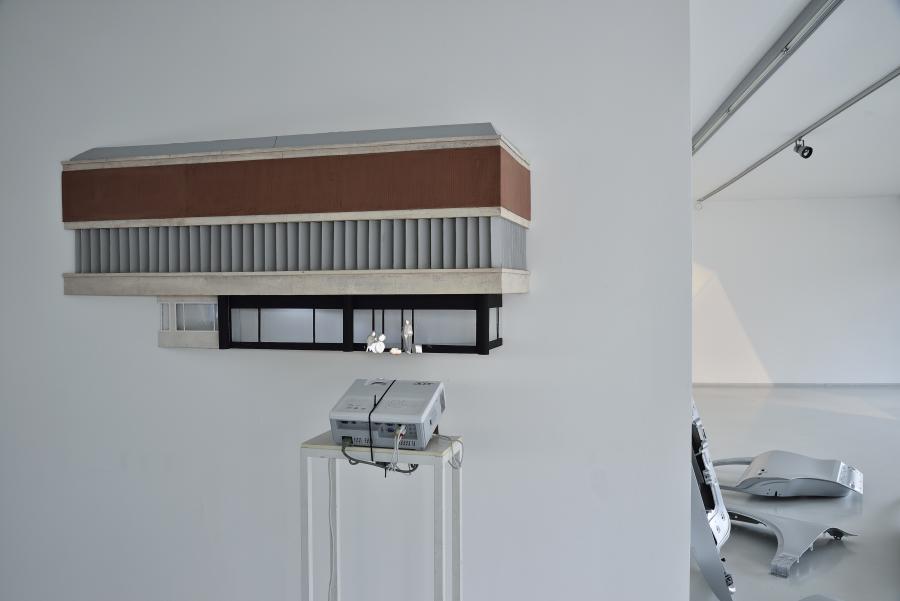 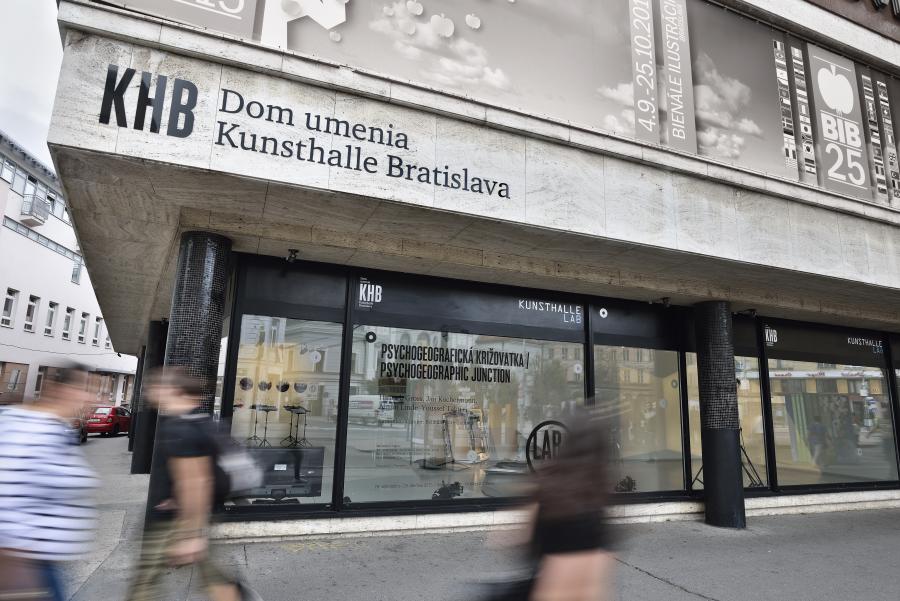 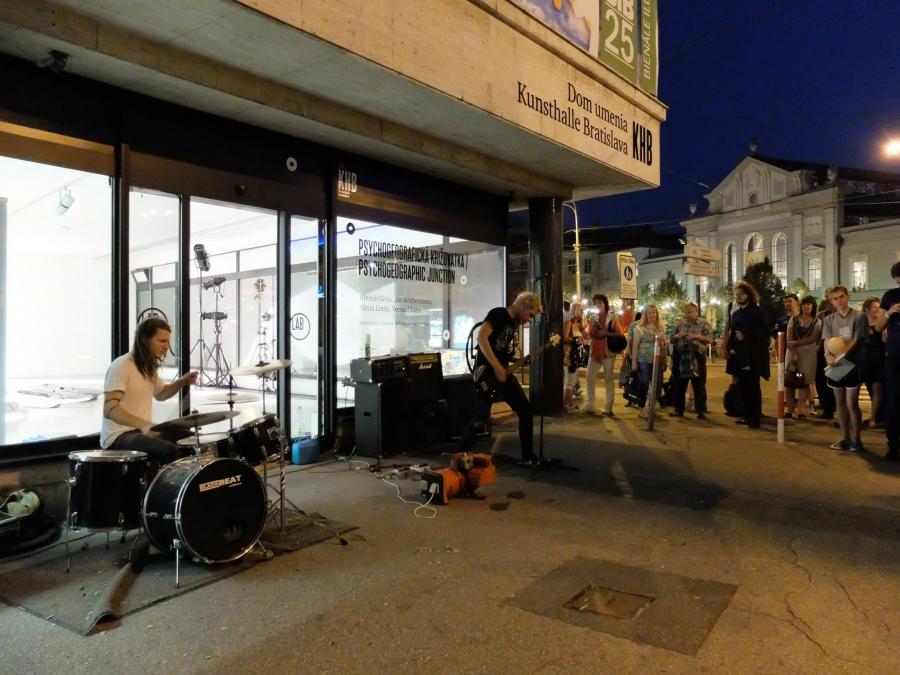 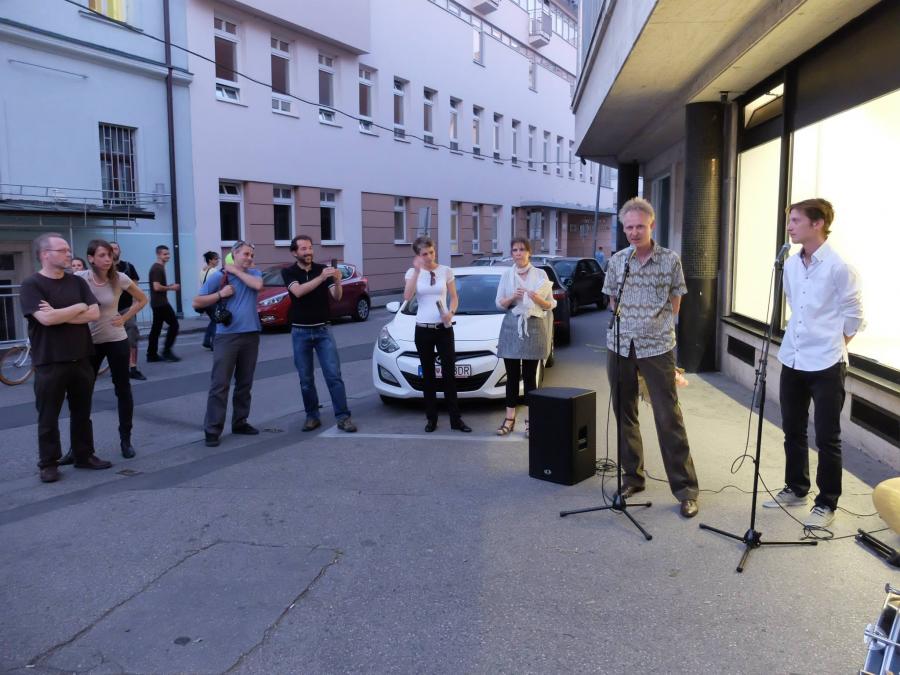 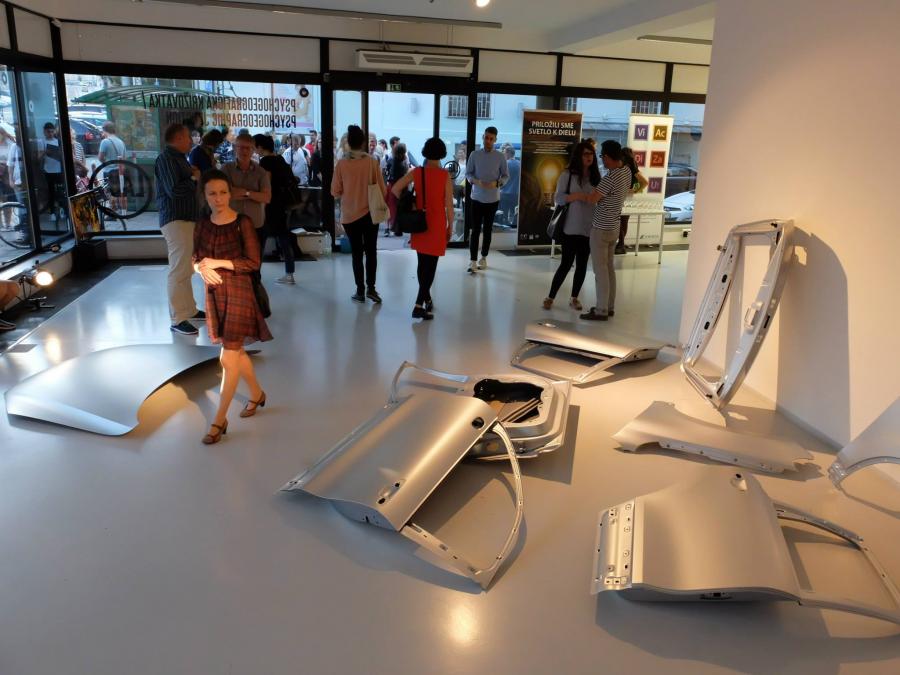 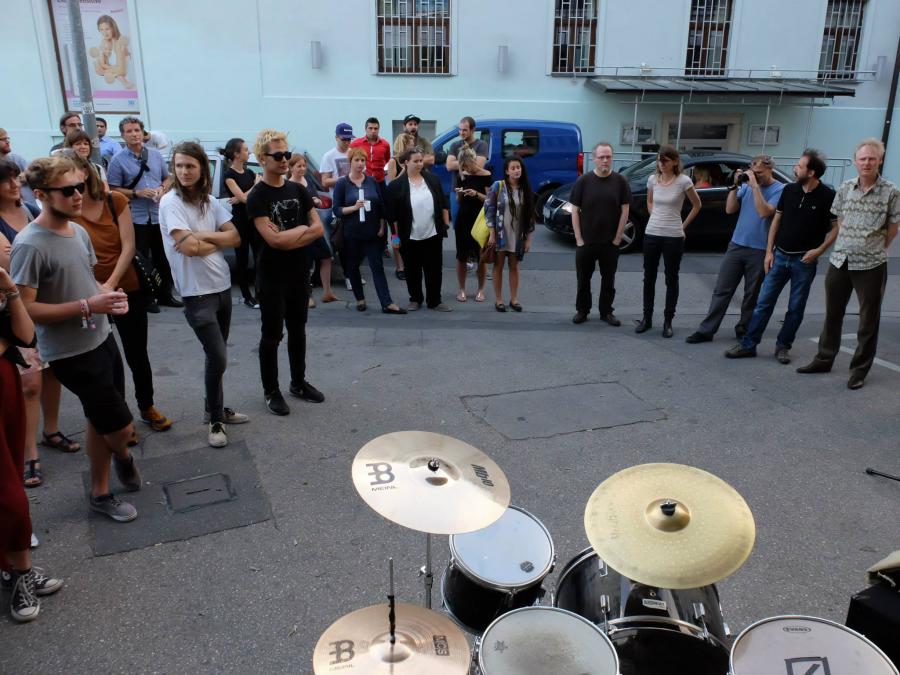 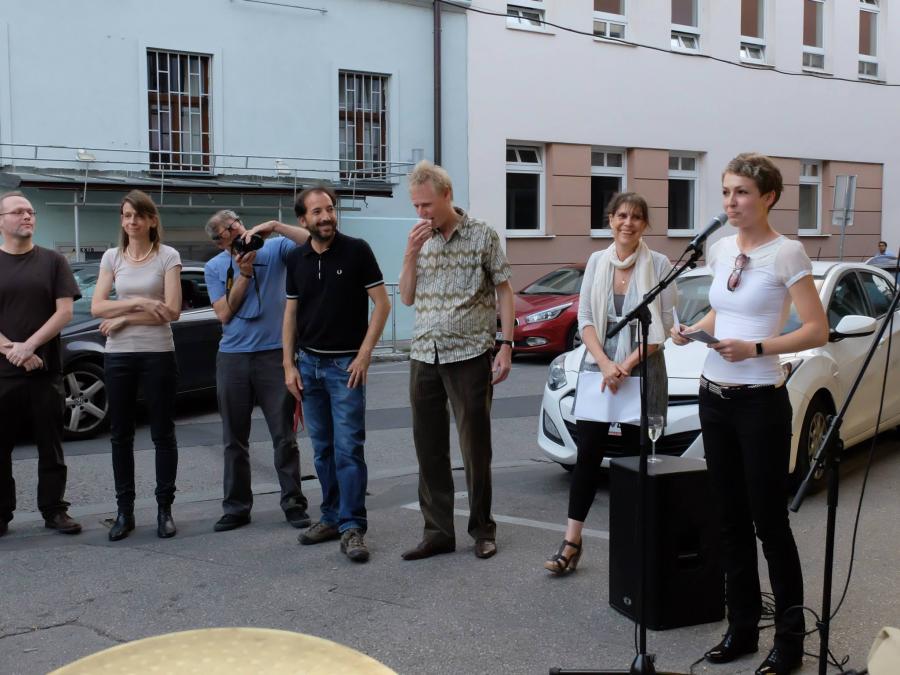 As the capital of Slovakia, situated in close proximity to Austrian’s capital city Vienna and bordering both Austria and Hungary, Bratislava conjoins the cultural paradigms, sociopolitical parameters, and histories of Eastern and Western Europe. As the former capital of the Kingdom of Hungary, the city’s turbulent past is strongly linked to the Habsburg monarchy, and to many major political events in Europe. Bratislava’s Eastern bloc era has been built into the fabric of the city in the shape of the high-rise building complexes of the Petržalka district and the futuristic Most Slovenského národného povstania bridge crossing the Danube. With its abundant landmarks and ornate buildings, including Bratislava Castle and the former coronation church of the Kingdom of Hungary, St. Martin’s Cathedral, the picturesque historical city quarters draw large quantities of tourists. At the same time, Bratislava is an epitome of the vast changes that have swept across Central and Eastern Europe as a whole following the collapse of Socialism. Prospering through turbo-capitalism’s impact on the region, numerous global firms have set up shop in Bratislava, which has become a hub of the international automobile industry and a home to major software companies.

Before this multi-textured urban backdrop, the exhibition Psychogeographic Junction was conceived for the specific site of the Kunsthalle LAB space, which was established by the newly founded Kunsthalle Bratislava as a laboratory for developing and experimenting with ideas and processes in the field of art. The exhibition emphasizes the role of the Kunsthalle LAB as a nodal point in the city. Creating an interface between public urban space and exhibition space with its large glass façade, it transcends the boundaries between inside and outside, everyday life and the parallel and/or alternative realities of art. The title of the exhibition relates, on the one hand, to the “psychogeographic” methods of exploring urban environments first practiced by members of the avant-garde, socio-revolutionary Situationist movement around Guy Debord in the 1950’s in Paris, which followed a subjective, playful, non-functional, and subversive systematic. The term “junction” alludes to the central point represented by the exhibition at the Kunsthalle LAB, where the various strands of reflecting, understanding, and perceiving the city meet and intersect in the artist’s contributions. Proceeding along various contemporary psychogeographic paths, the exhibition seeks to open up new readings of Bratislava via the various routes and lenses through which the four participating artists (Hinrich Gross, Jan Köchermann, Almut Linde, and Youssef Tabti) have entered into a dialogue with the city and its inhabitants.

The project is presenting works developed directly in Bratislava for the Kunsthalle LAB venue that are process-based, interactive, and reflexive of Slovakia’s multi-faceted capital. All participating artists are based in Hamburg, Germany, and together cover a wide range of media, extending from soundscapes to video, photography, light installations, and spatial ensembles, up to outdoor architectural sculptures and performances. The Munich-born artist and architect Hinrich Gross, who studied architecture and fine arts in Hamburg, creates light installations, which mirror, overlap, redouble, obscure, and enhance the given structures through the ephemeral medium of illumination. He has realized numerous exhibitions and projects in Germany, Europe, Japan and the United States. At the Kunsthalle LAB, he is redefining the site through the medium of light, transcending the boundaries of inside and outside. In his new work created in situ, Interference Space VI (2015), light expanses extend in overlapping layers and folds across the wall and the floor. They merge with the sunlight entering the space, projecting reflections onto the windows of the exhibition space and visual reverberations onto the sidewalk adjoining the LAB. Playing upon given spatial preconditions, Gross’s ephemeral light sculpture is open to a spectrum of interpretations. As the artist himself has pointed out, it revolves specifically around the interrelationship between the urban space and the exhibition space, conflating the “ivory tower” of art and the mutable states of the urban environment. On another level, it subtly addresses the eventful history of Bratislava situated at the margins between East and West, while symbolically inverting and refracting the geopolitical situation, and, in the artist’s words creating “a space and counter-space as a metaphor for both its destiny and potential.”

More materially concrete architectural interventions are at the center of the work of the Hamburg-based artist Jan Köchermann. Born in 1967, Köchermann studied at the University of Fine Arts, Hamburg, and has exhibited his works in various museums and art institutions, as well as in public spaces between Hamburg and Oslo. Drawing upon various media, including wooden constructions, punk-rock music, and sputtering, diesel-fueled generators supplying the electricity for live events, the artist intervenes in urban spaces and exhibition venues by transforming given structures and by mediating between inside and outside, converting places of transit into places of focus and reception. His architectural spaces refer directly or indirectly to urban underpasses and other thoroughfares in the city, and have served as stages for sound/music performances of his own or of others. In Bratislava, Köchermann is collaborating with various local music bands. Their live performances, taking place prior to the exhibition, are incorporated in the shape of miniature projections in model constructions based on urban sites found by the artist on his walks through the city. As fragments of the urban space, Köchermann’s models convert exterior sites into the interior space of the exhibition, while serving as reflections upon the nature of urban spaces per se as transitory sites and platforms for human activity and interaction.

The Hamburg conceptual artist Almut Linde, born in 1965 in Lübeck, Germany, studied at the University of Fine Arts Hamburg as a master student of Franz Erhard Walther and Bernhard Johannes Blume, and has exhibited her works internationally in museums and art institutions. She coined the term “Dirty Minimal” for her aesthetic approach of conjoining everyday materials, found objects, and phenomena of real life in a reduced, visually charged formal language. Her multi-media works, which encompass spatial installations, sculpture, and video, are frequently based on interactive collaborations and are engaged in analyzing institutionalized social processes and power structures, as well as methods of organizing production and distribution in our economically permeated time. For the exhibition at the Kunsthalle, LAB Linde has conceived a two-piece installation relating to Bratislava as the site of a major Volkswagen plant that features the Volkswagen Group’s largest stamping facility. In collaboration with VW Bratislava, the artist is presenting her new sculptural installation DIRTY MINIMAL #103.1 — VW TOUAREG (2015), which is composed of all of the sheet steel elements that comprise a luxury car produced in Bratislava. Her video DIRTY MINIMAL #103.2 — MOVEMENTS (2015) contrasts the quick, graceful movements of industrial robots at the VW Bratislava Plant with the speed and precision of the machines generating body elements in mass production.

The French conceptual artist of Algerian descent, Youssef Tabti, was born in Paris in 1968, where he also studied art and art history. He has been living and working in Hamburg since 1994, and has participated internationally in exhibitions in Murcia, Basel, Istanbul, Marseilles, and other cities. Tabti works in a wide range of media, extending from sound and video installations to photography and spatial installations. He employs methods of mapping, documenting, and archiving as research tools, critically analyzing and reflecting socio-political issues in post-colonial environments, urban settings, and shifting societies. For his presentation at the Kunsthalle LAB in Bratislava, he conceived the collective Project Petrzalka. Realized in collaboration with local citizens, it is comprised of a soundscape, visual mappings, and photographic images documenting the participants’ “psychogeographic” routes through the city’s largest and most diverse borough, including the artist’s own observations in the area. The spontaneous, intuitive wanderings through various parts of Petržalka, driven solely by the participants’ subjective feelings, whims, and inclinations, which served as the basis for Tabti’s installation, bring together inside and outside perceptions of the given topography in a multi-voiced scenario, revealing unexpected aspects of the familiar.

Engaging with the urban terrain of Bratislava, which in itself is rich with multifarious (hi)stories, the explorations, interventions, and reflections of the four artists conjoined in the exhibition Psychogeographic Junction offer new, surprising, idiosyncratic, and poetic modes of re/reading the city: an invitation to the viewers to look afresh at familiar surroundings, and to discover the hidden corners of the environment through which they move with an open mind.