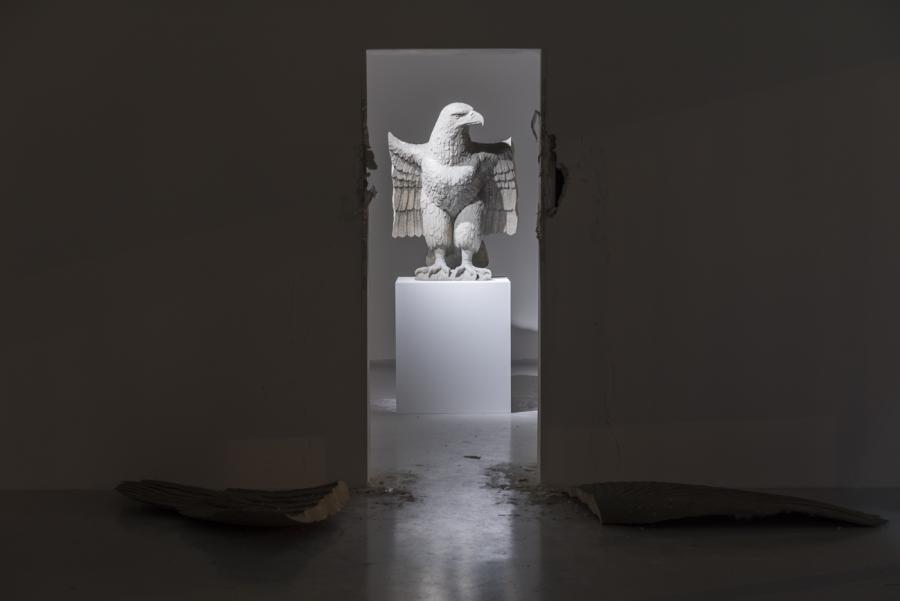 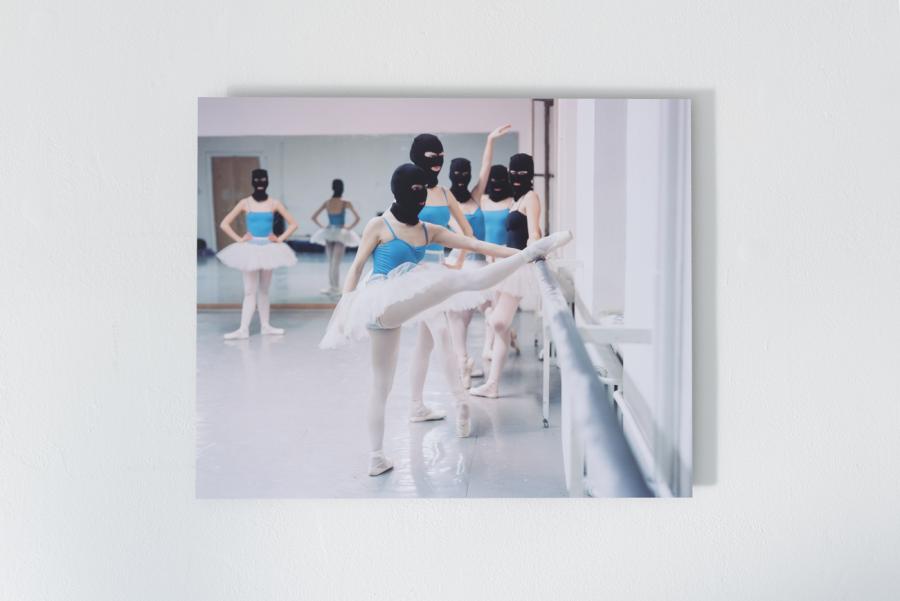 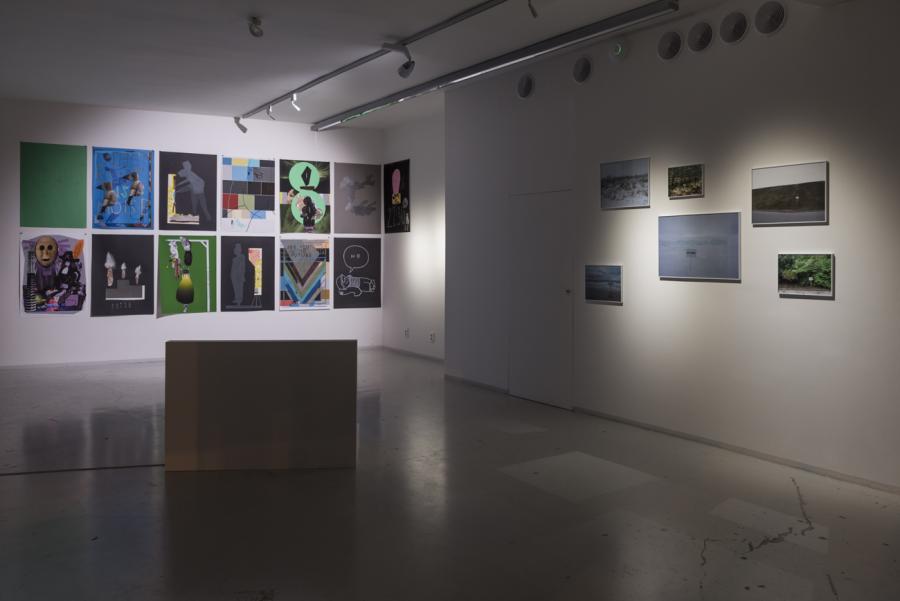 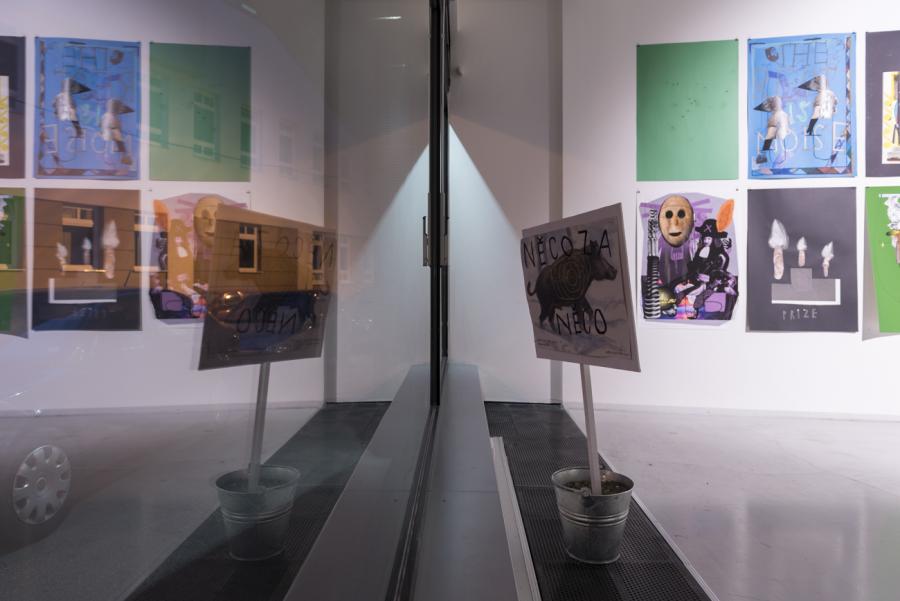 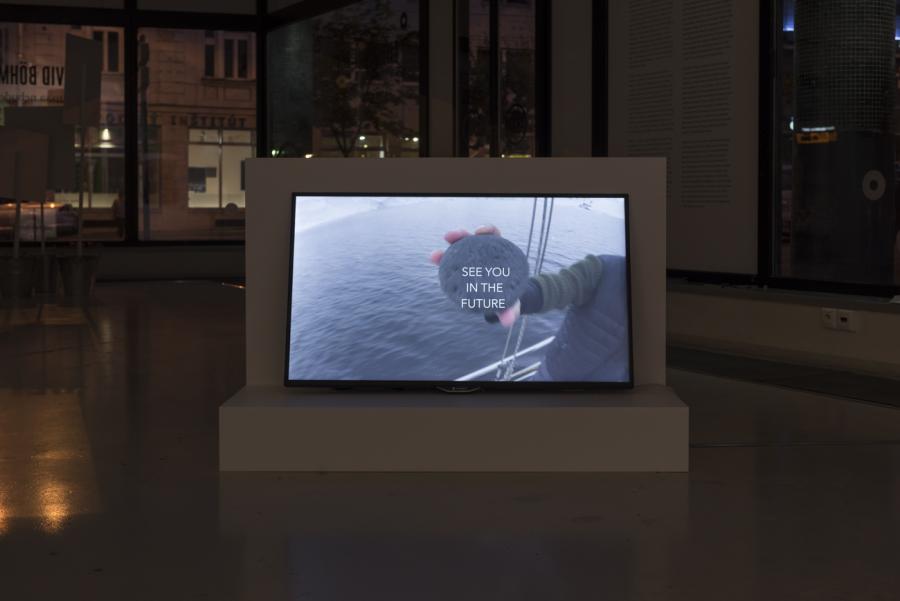 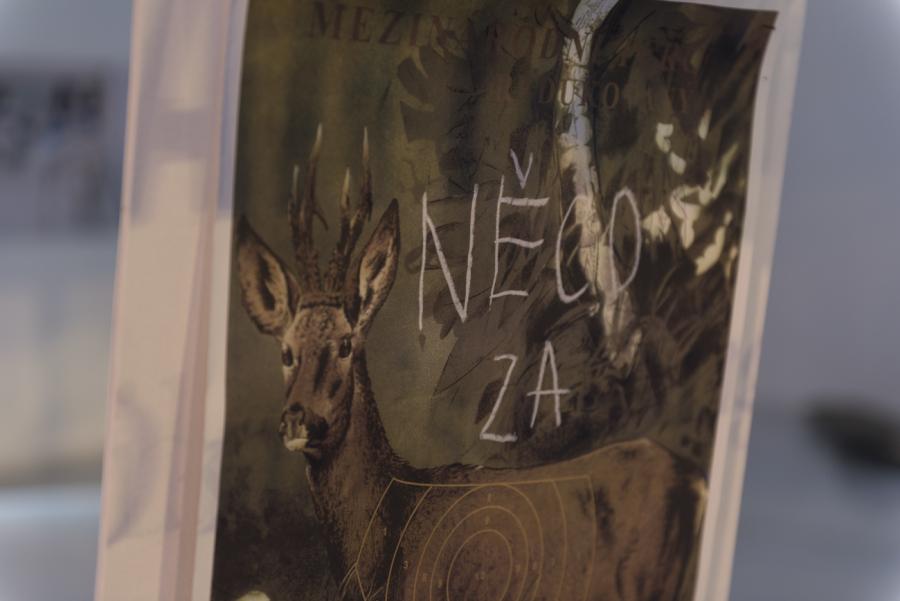 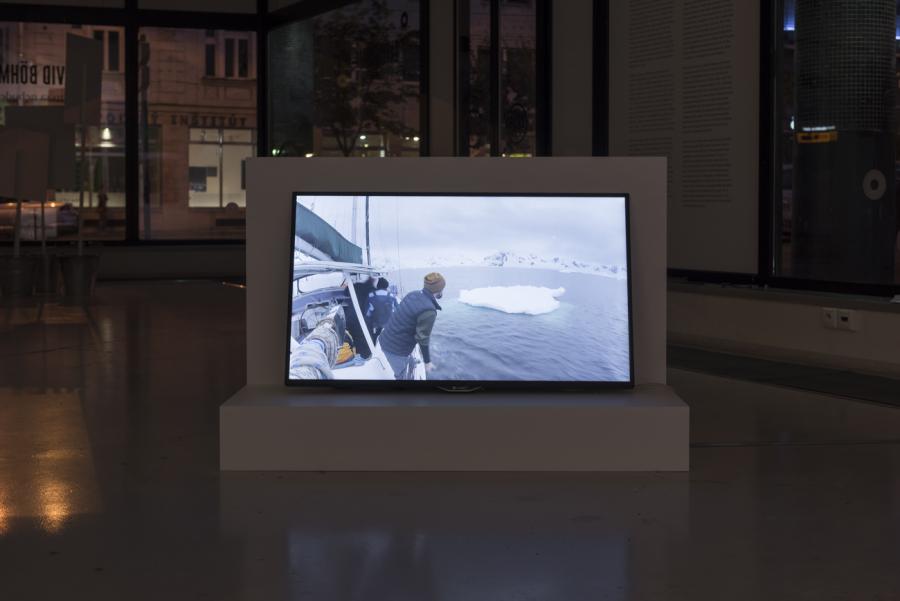 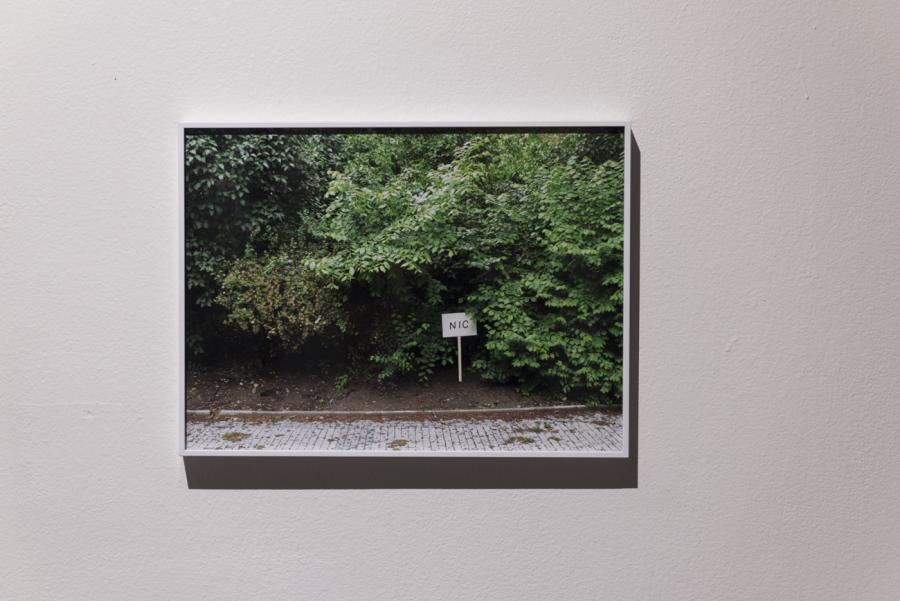 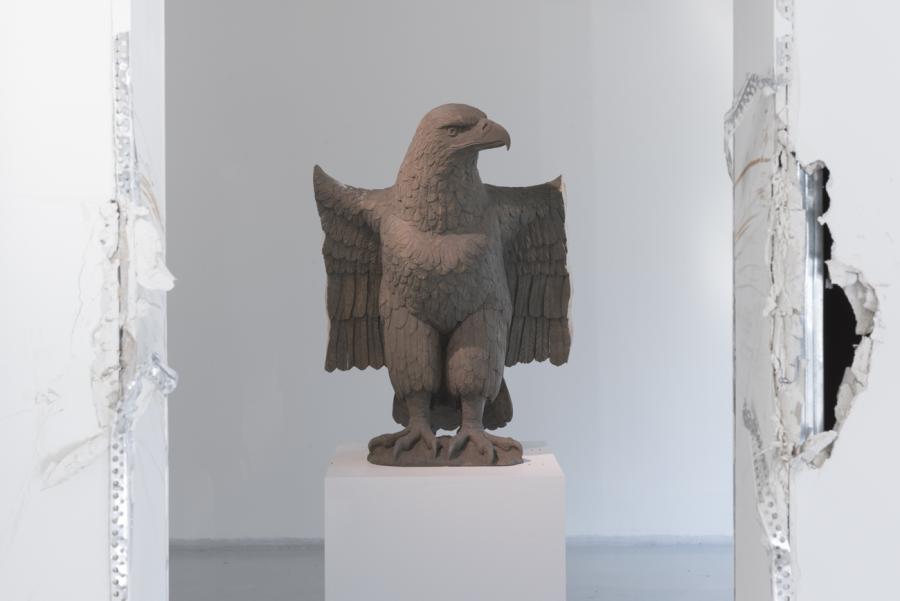 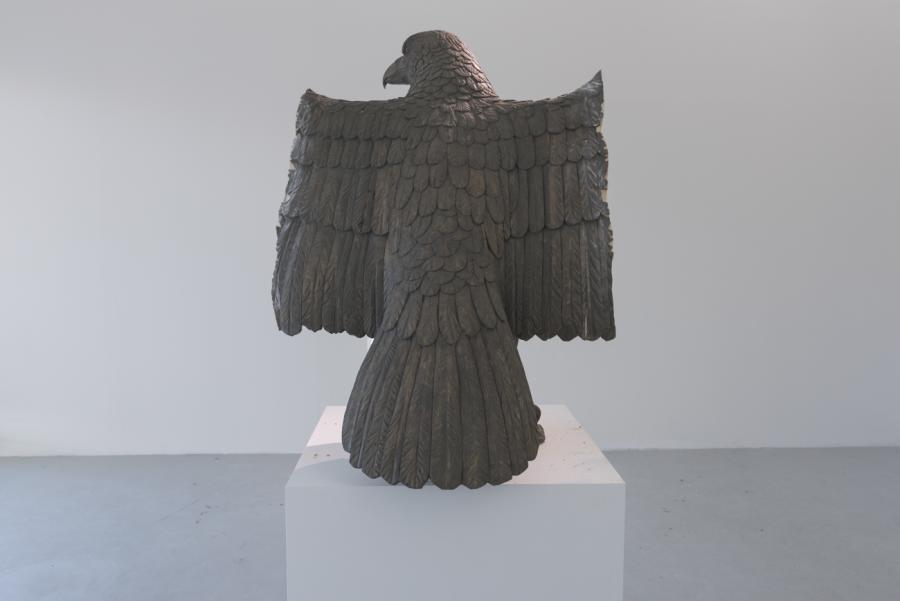 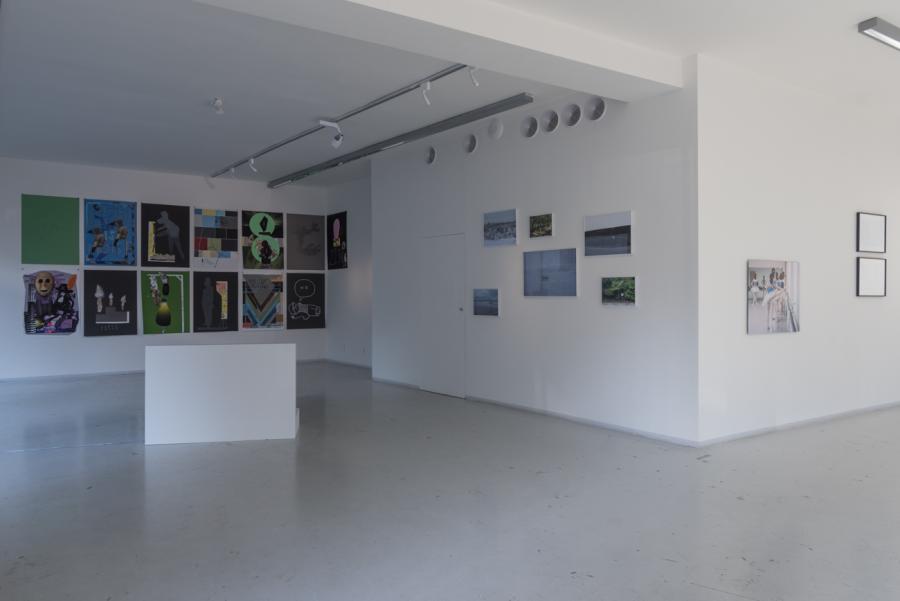 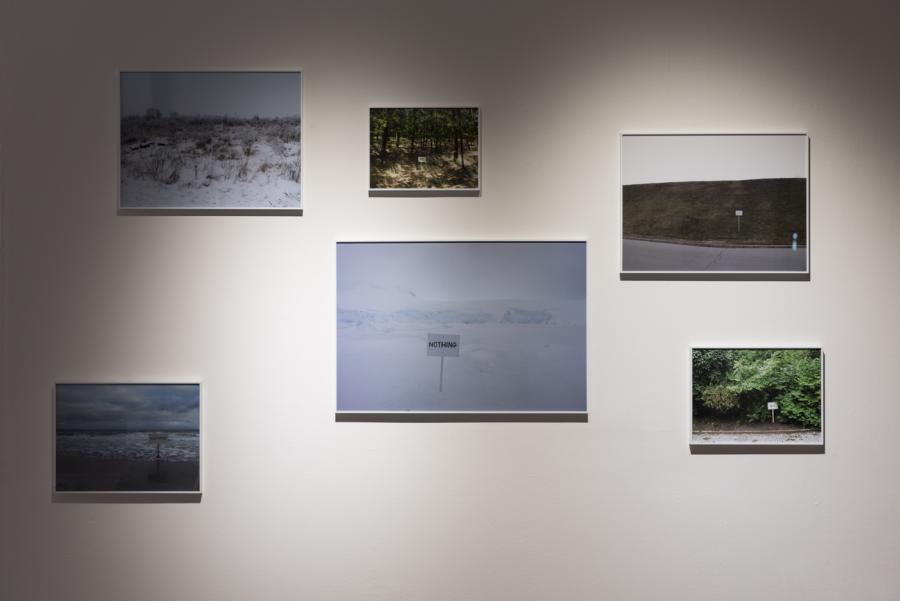 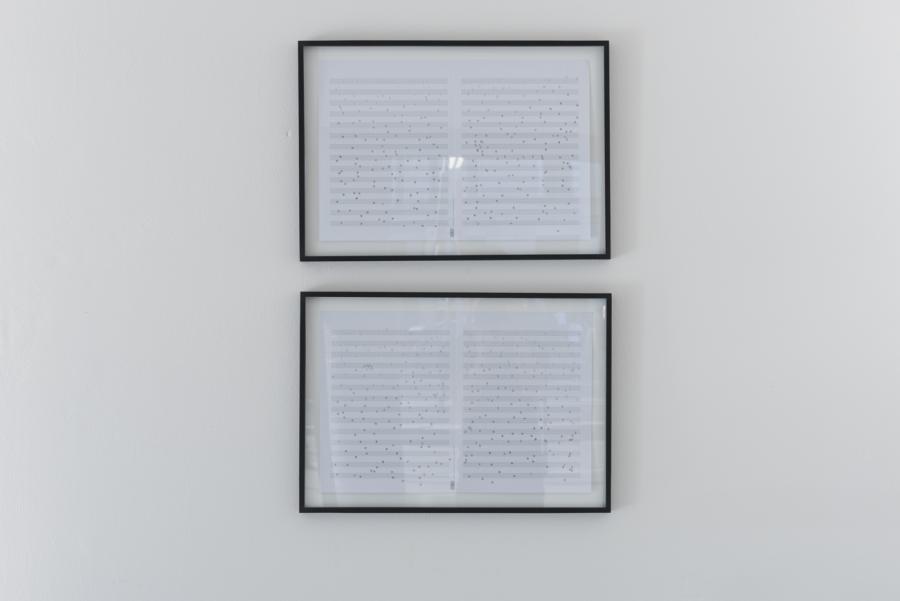 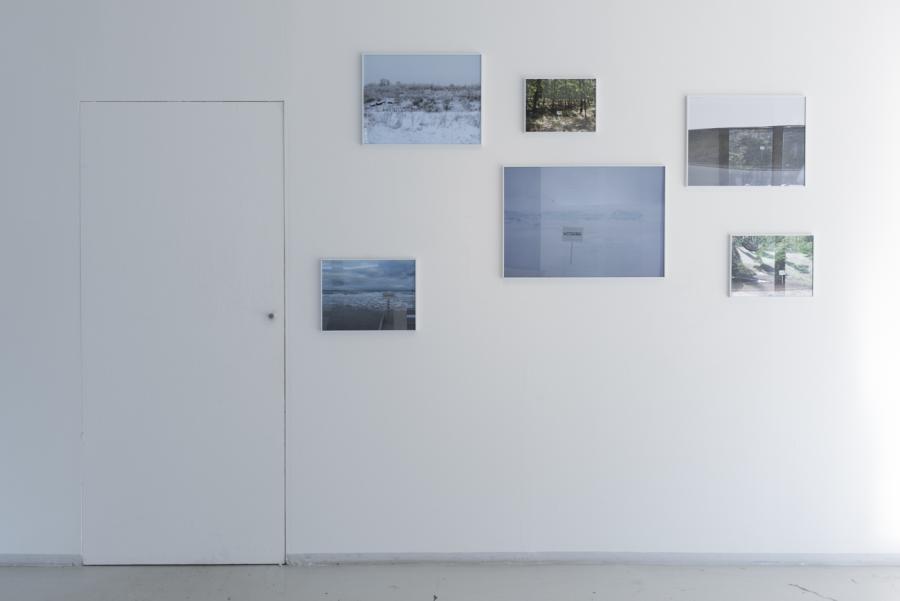 No One’s Going to Laugh!

Since 2006, when they first began operating as a creative duo in the field of visual art, Jiří Franta (*1978) and David Böhm (*1982) have successfully held numerous exhibitions at home and abroad. These projects are distinguished particularly by an attempt to seek new contexts and significant overlaps of the classical medium of drawing, examination of its physical limits, and also, for example, thoughts on the wider relationship between image and text structure. Their joint presentations, however, also include performance, videos, spatial installations, interventions in public space, wall paintings, and last but not least, publishing activity. With their spontaneity and heuristic approach, this artistic pairing provokes creativity and imagination among audiences, who are drawn into the game in an original and captivating manner by the artists’ relaxed, participative approach, which is open to a cumulation of associations.

This is equally true of their current exhibition in Bratislava’s Kunsthalle LAB, which presents a thematic cross-section of their joint work from recent years. It comprises works not previously exhibited and also some of older date, which are set, however, in a new context. Precisely by reinforcing the relationships and bonds between individual works, No One’s Going to Laugh! attempts a greater conceptual coherence compared to what was hitherto typical of this mildly undisciplined artistic duo. Only individual works appear here from extensive cycles, and what emerges from more than a decade of partnership between the two artists is the dominant features that distinguish it: interactivity, unceasing friendly dialogue (of which play is indispensably part), an almost automatically generated humour and wit: all this stretches like a red thread through a fertile and frisky period of collaborative work.

In contrast to another legendary Czech duo, the vigorous bears in Pojar’s animated bedtime story How They Met at Köln, Franta and Böhm first met during their studies at Prague’s Academy of Fine Arts. From that moment onwards their story has been working itself out more or less similarly: they play, they go crazy, they annoy and provoke our imagination, and above all, they never lose hope in each further idea. In fact, it is not by chance that we have chosen an example from the animal kingdom (even though fictional). Only relatively recently did scientists reveal to us the fact that laughter is by no means exclusive to ourselves, the human beings. During the last ten years a number of symposia, workshops and conferences have been held on the theme of laughter, smiles and humour among the higher primates, among whom we may observe these manifestations during playful behaviour. For them play functions as a key to the solution of problems and a means of obviating conflicts; it can be adapted to their needs and may take on a number of forms, of which some are quiet, inventive, resourceful… For ourselves, who are in some respects their slightly developed cousins, things are similar: it is playful curiosity that drives us to examine things, to mutual interaction – and then we create unexpected associations, which are the cradle of our entire creativity. The gamut of the possible forms of humour among human beings (Franta and Böhm being no exceptions) is naturally much more wide-ranging, and its forms more sophisticated than, for example, among baboons. It does not have to involve mutual tickling, loud guffaws, or slagging and thigh-slapping each other.

Humour may touch even upon serious themes and express emotions which are not directly connected only with joy. The question arises whether in one form or another it is not an essential component of every good work of art. In particular, its more complicated, subtle and multi-layered forms, which operate also on a certain plane of disquiet or melancholy, may be recognised immediately in some of the artworks in this exhibition. Hooded ballet dancers, or a musical score created with a gun: all of that is straightforwardly humorous only until we mentally connect it with what is occurring in the world around us. Lonesome labels rather melancholically indicate places where there is nothing at all interesting to see. A stone with an incised message, thrown right in the face of eternity, somewhere in the midst of nothing, at the very end of the world … or, for example, an apparently mutilated eagle, symbolizing the dullness and arrogance of state power and all its“noble” ideals, which are so often in direct contradiction with immediate reality.  It is ridiculous and rather chilling. Simply, human beings are more complex than monkeys. Fortunately, Franta and Böhm are here to show us that all the good and vital things which we hold in common with our primitive fellow-pilgrims are by no means lost, and that playful interaction is still a considerable magnitude, indispensable in the field of visual art.

Jiří Franta (*1978) and David Böhm (*1982), both graduates of the Academy of Fine Arts in Prague (Painting Studio II /School of Vladimír Skrepl), have been working together since 2006. As an artistic duo, they have had numerous exhibitions at home and abroad. Their solo exhibitions include: Blind Man’s Dream (Fait Gallery, Brno), Behind Paintings (Moravian Gallery, Brno), Echolog (Jiri Svestka Gallery, Berlin), Almost Nothing Is Complete (Karlin Studios, Prague), It Is Not What It Could Be (Galerie NOD, Prague). They have appeared three times in the final of the Jindřich Chalupecky Prize. Alongside their joint free creation, they are involved in illustration, publishing, and teaching. Their works are included in collections of the City Gallery Prague, Moravian Gallery in Brno, Olomouc Museum of Art, Fait Gallery, Gallery of Fine Arts in Cheb, Adam Gallery, etc. Jiří Franta is also a member of the Rafani art group.

Pavel Švec (*1980) lives and works in Prague. From 2002 to 2008 he studied in Vaclav Stratil’s Intermedia Studio at Brno University of Technology. Since 2009 he has worked as an assistant, administrator of collections and occasional curator in select Prague galleries, including Jiří Švestka Gallery, SVIT Gallery, 35m2 Gallery, Hunt Kastner and Nevan Contempo.