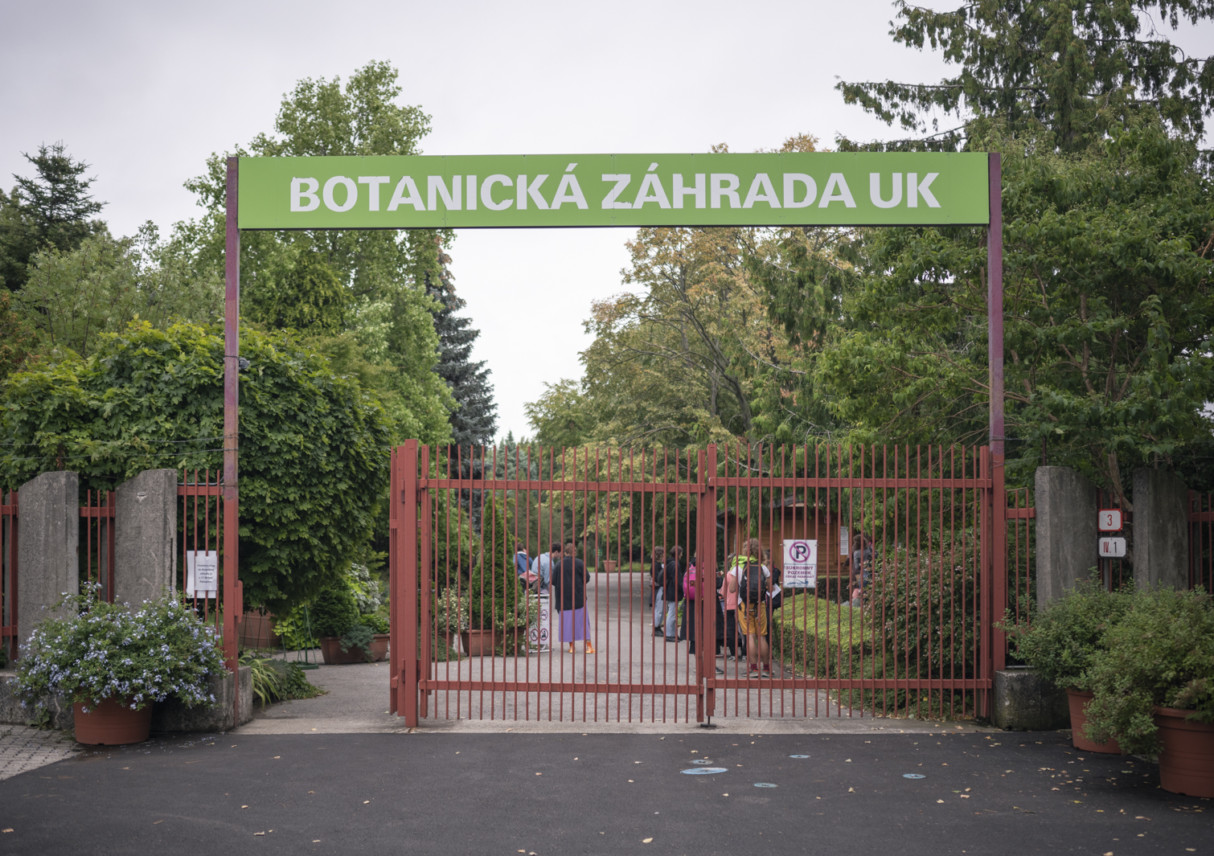 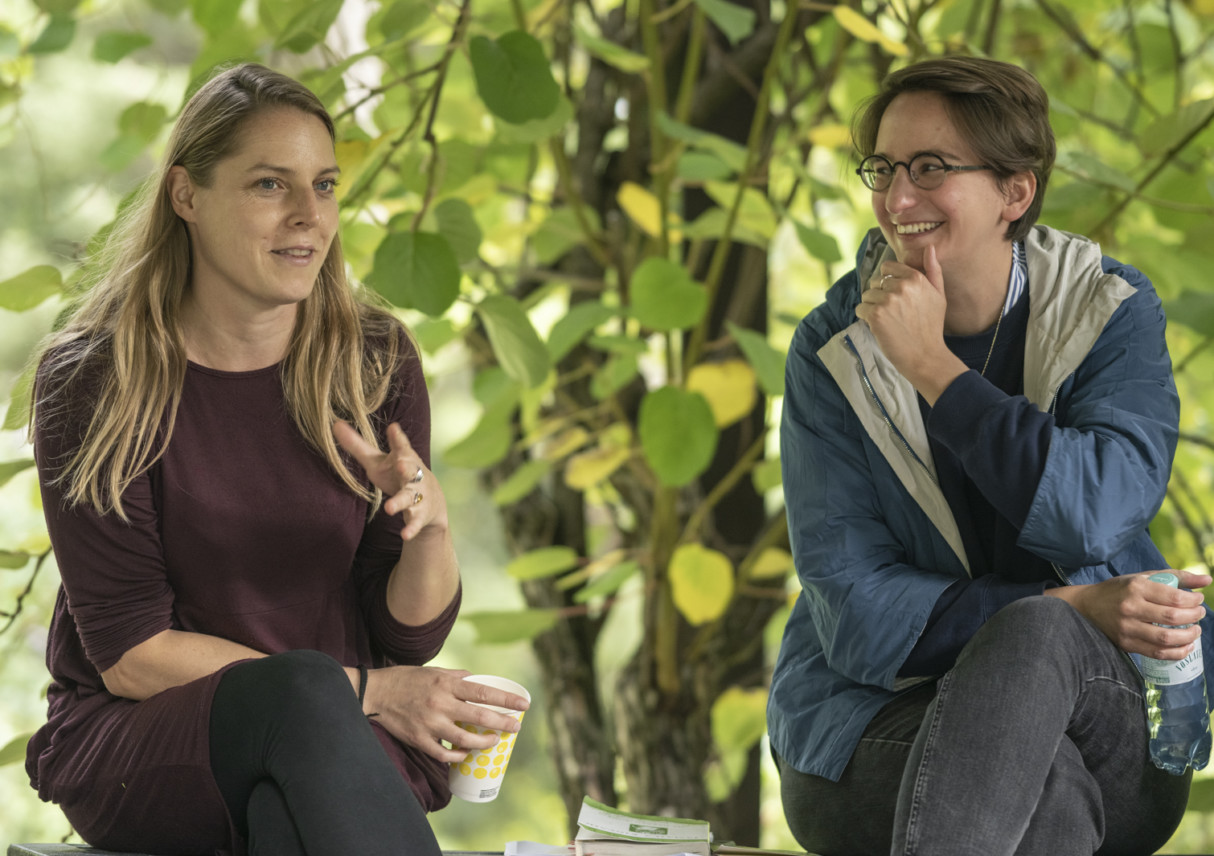 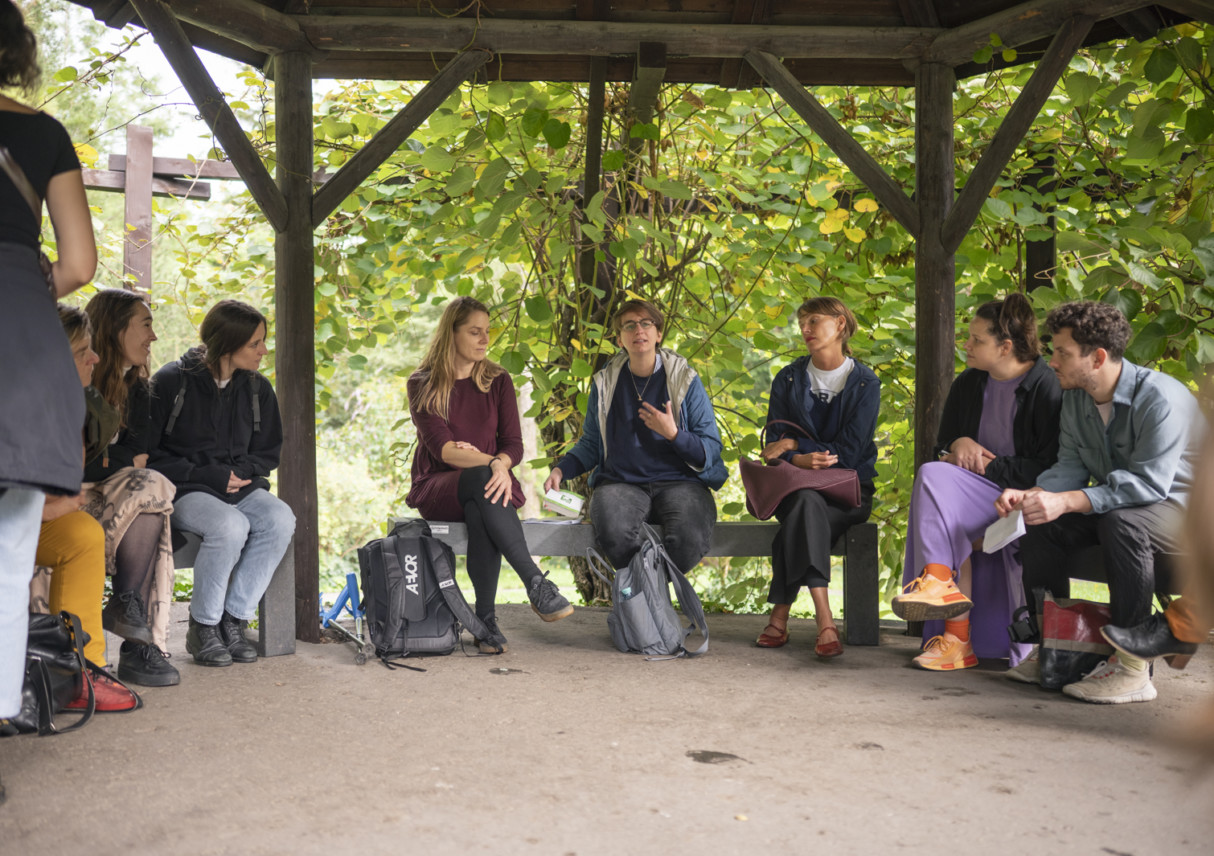 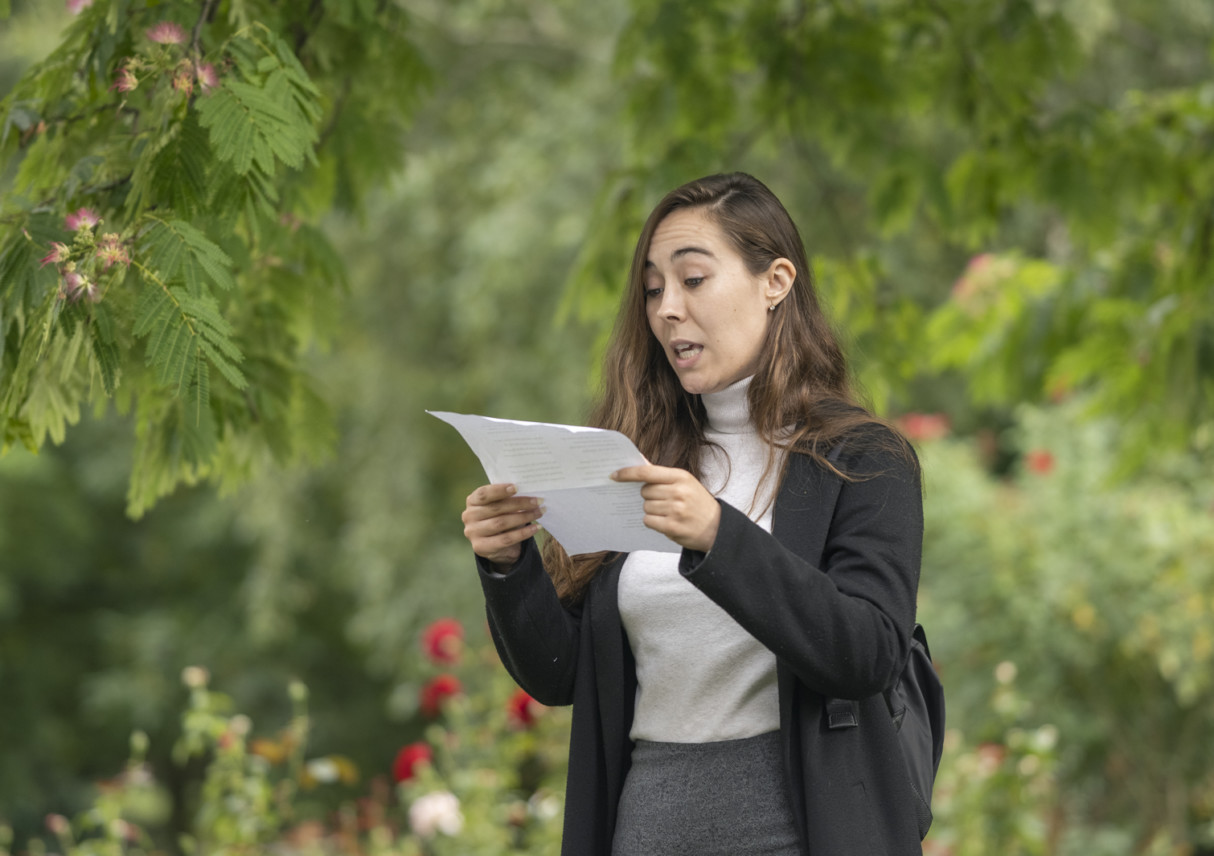 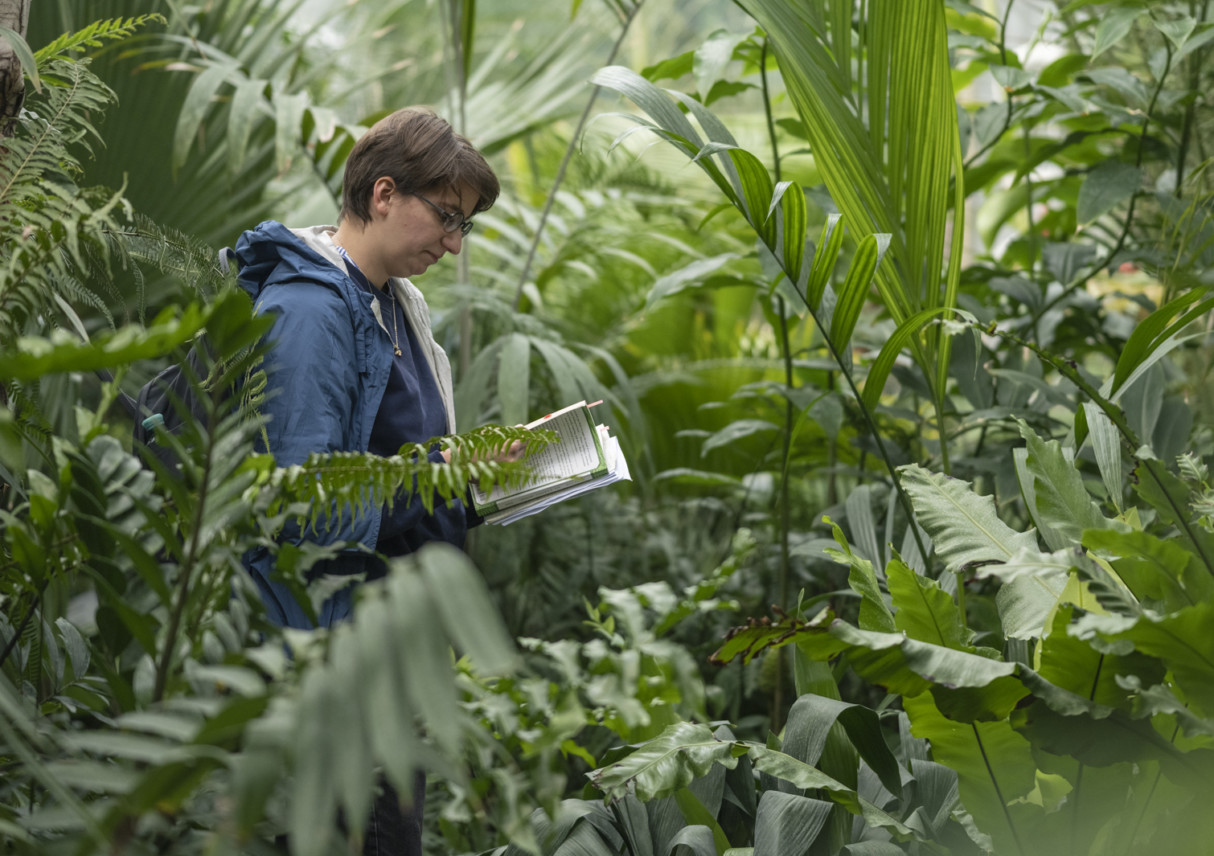 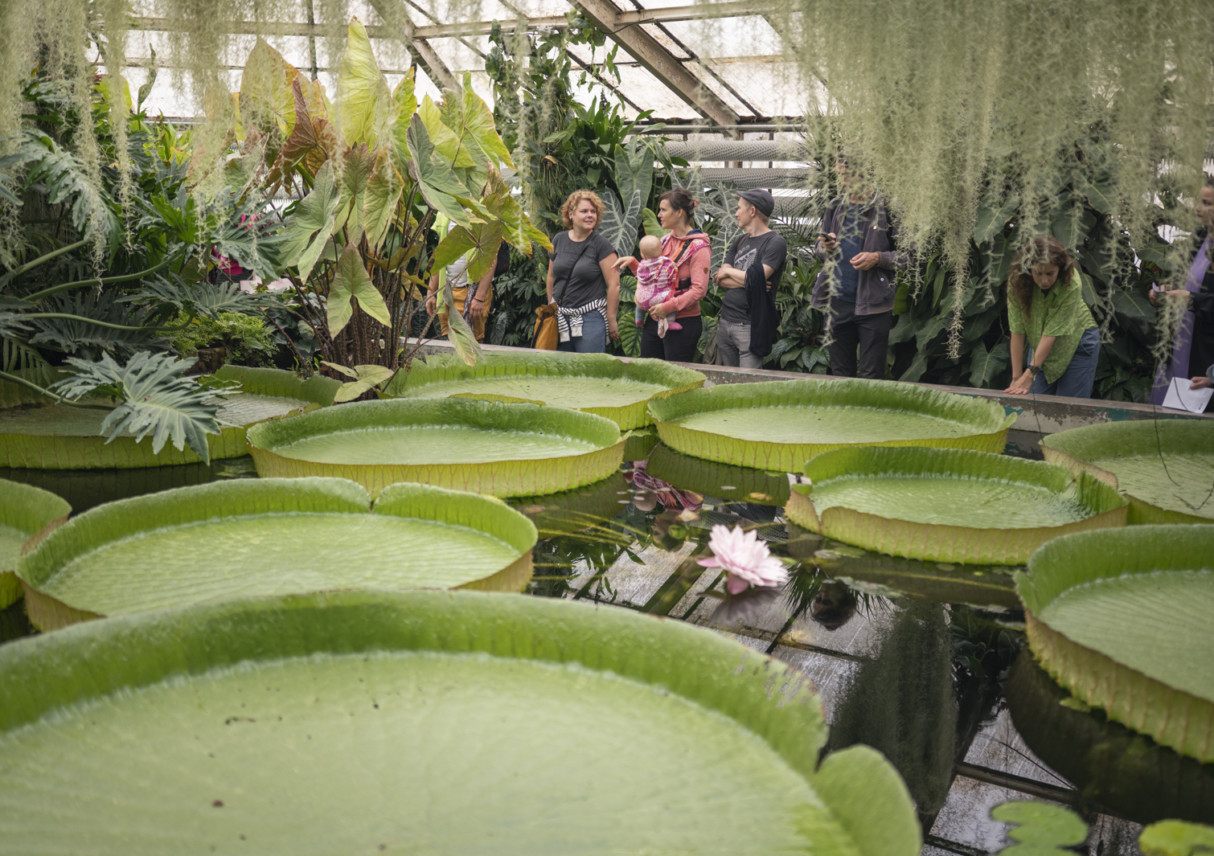 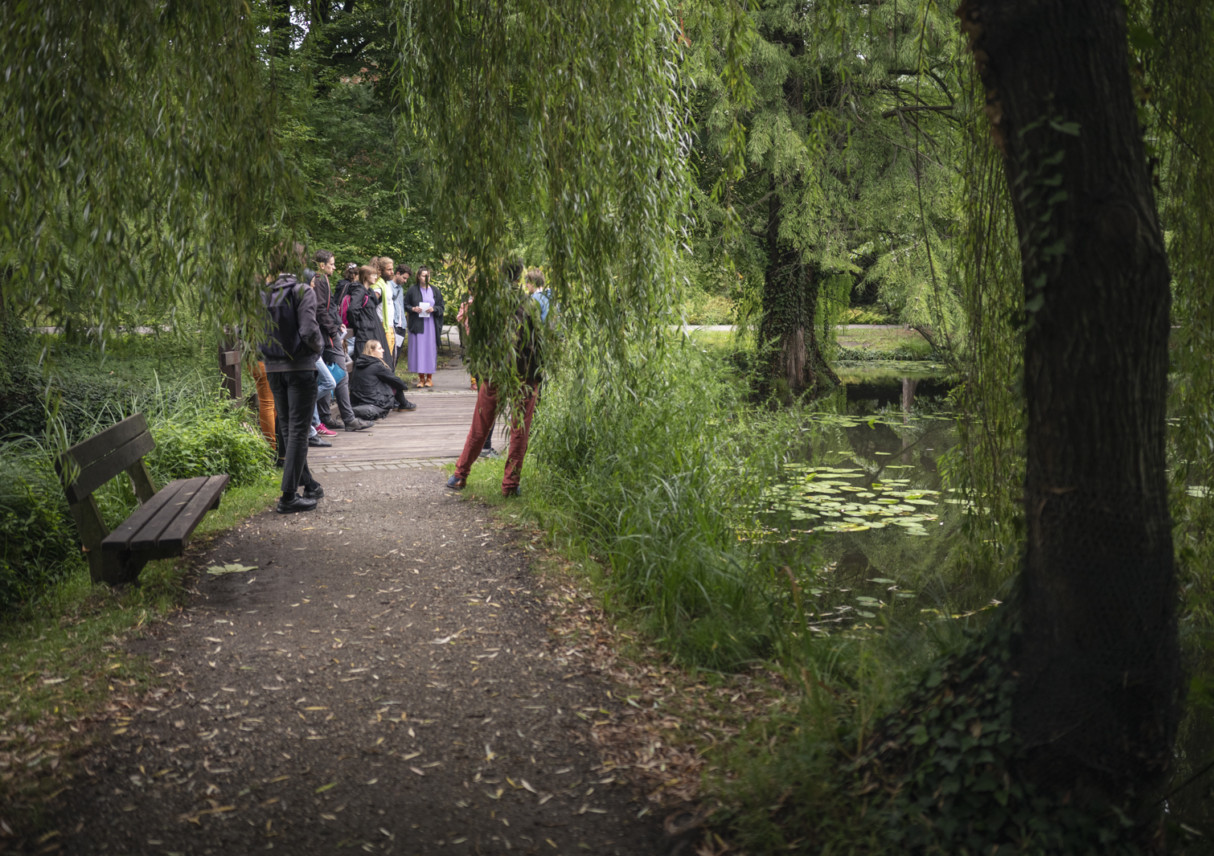 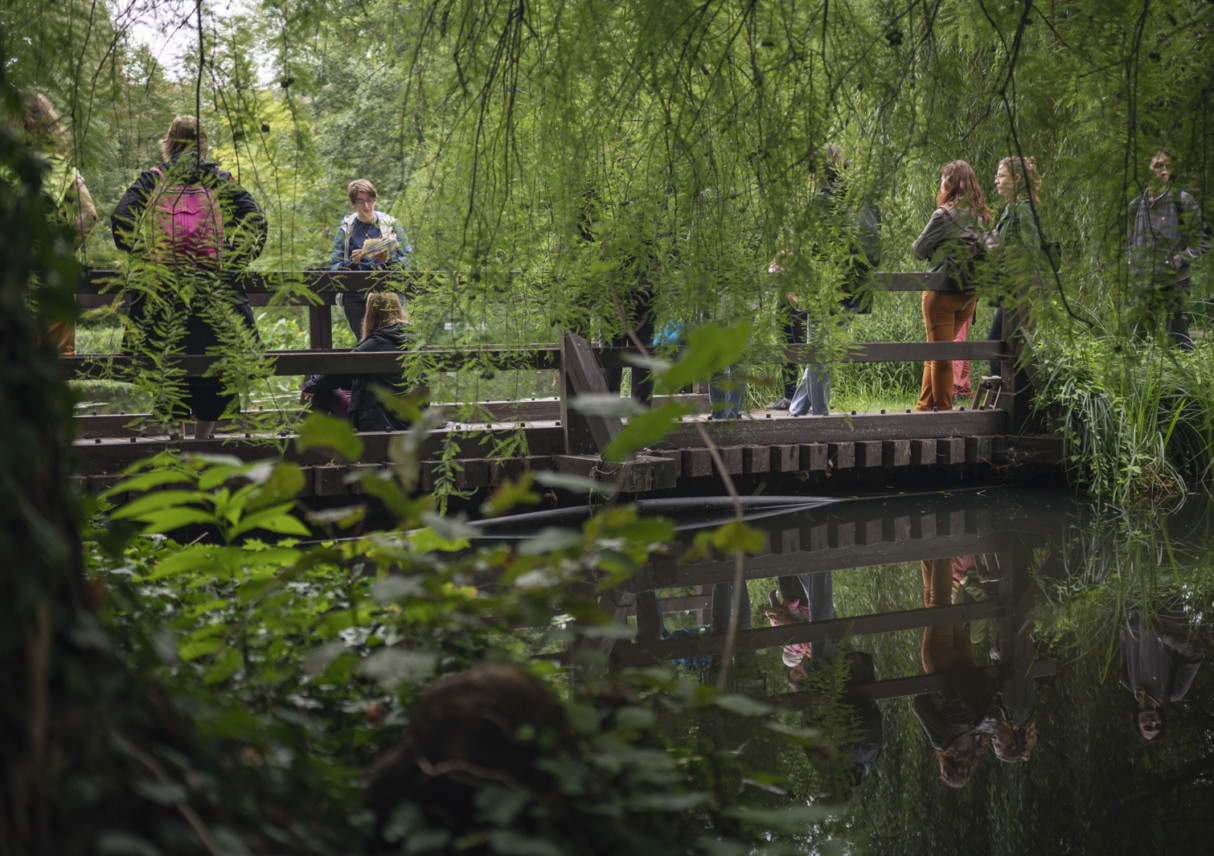 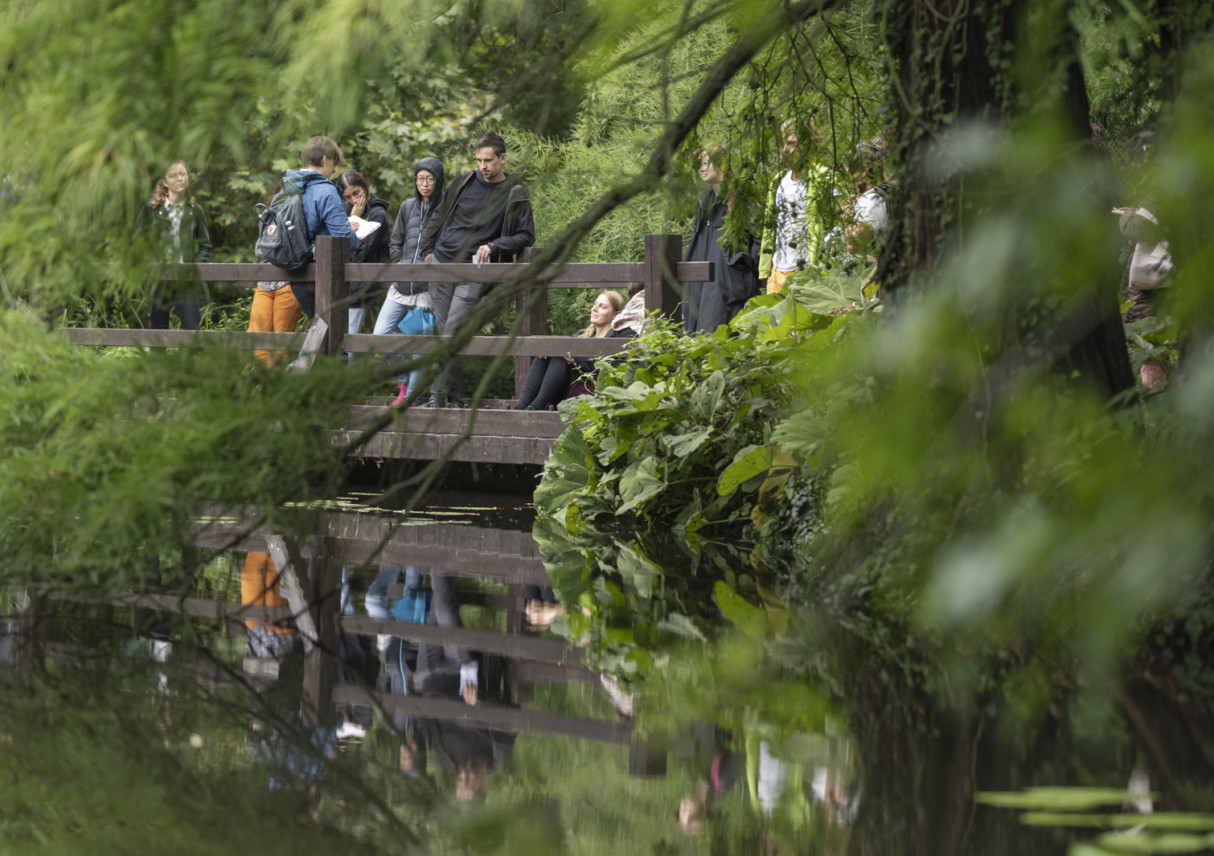 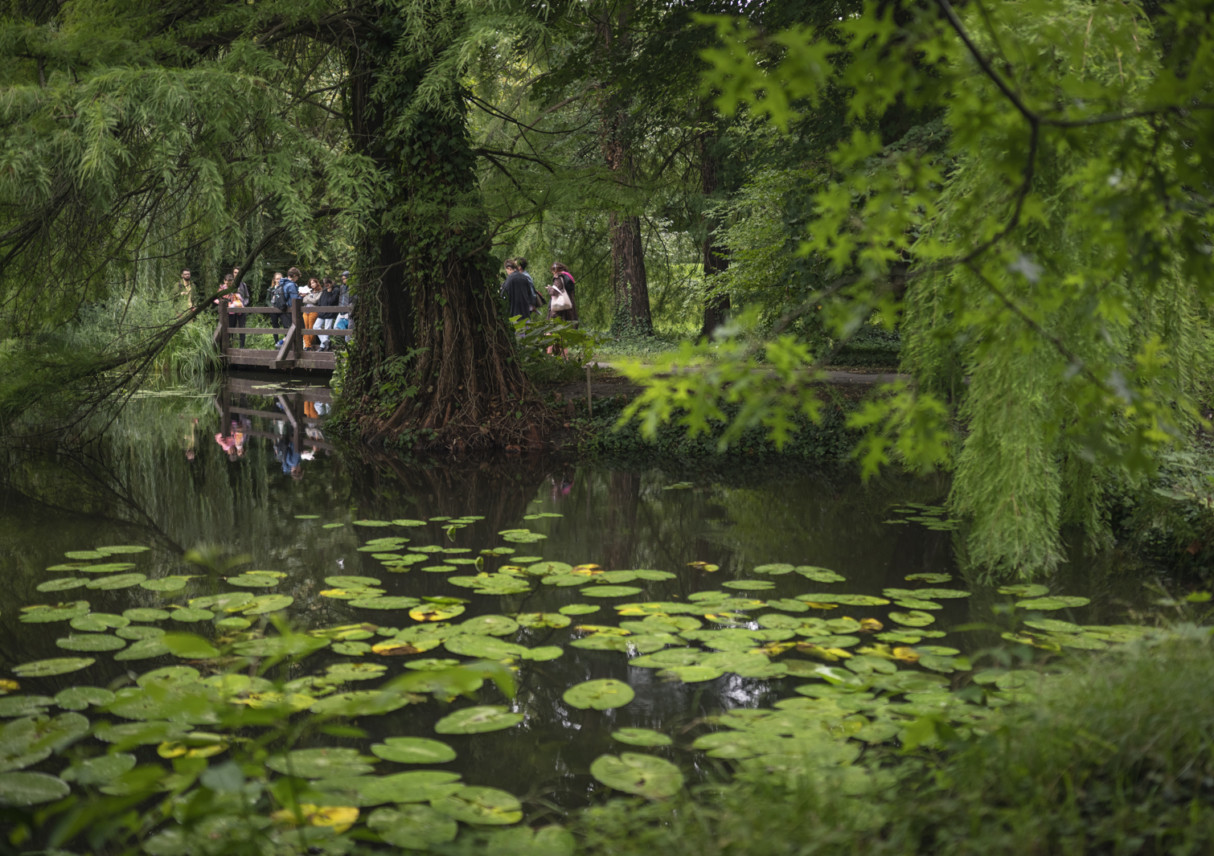 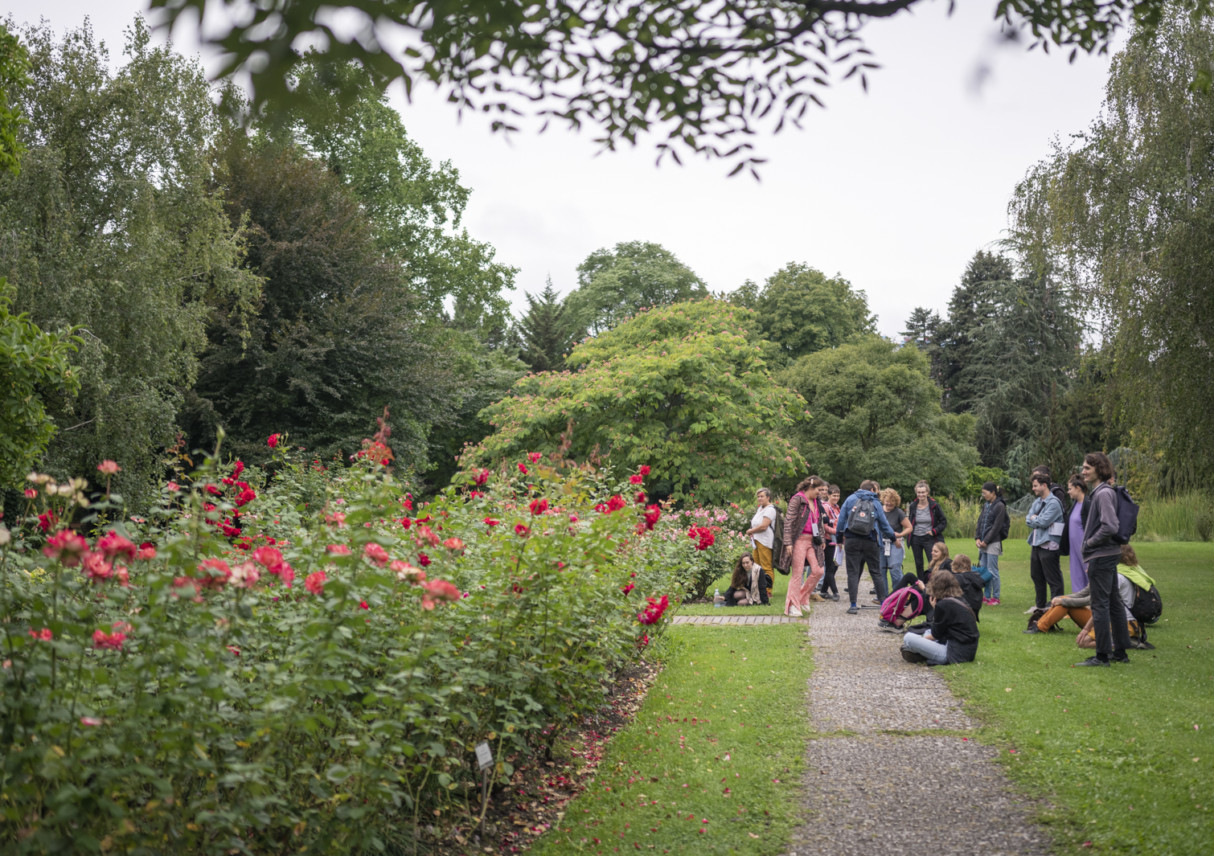 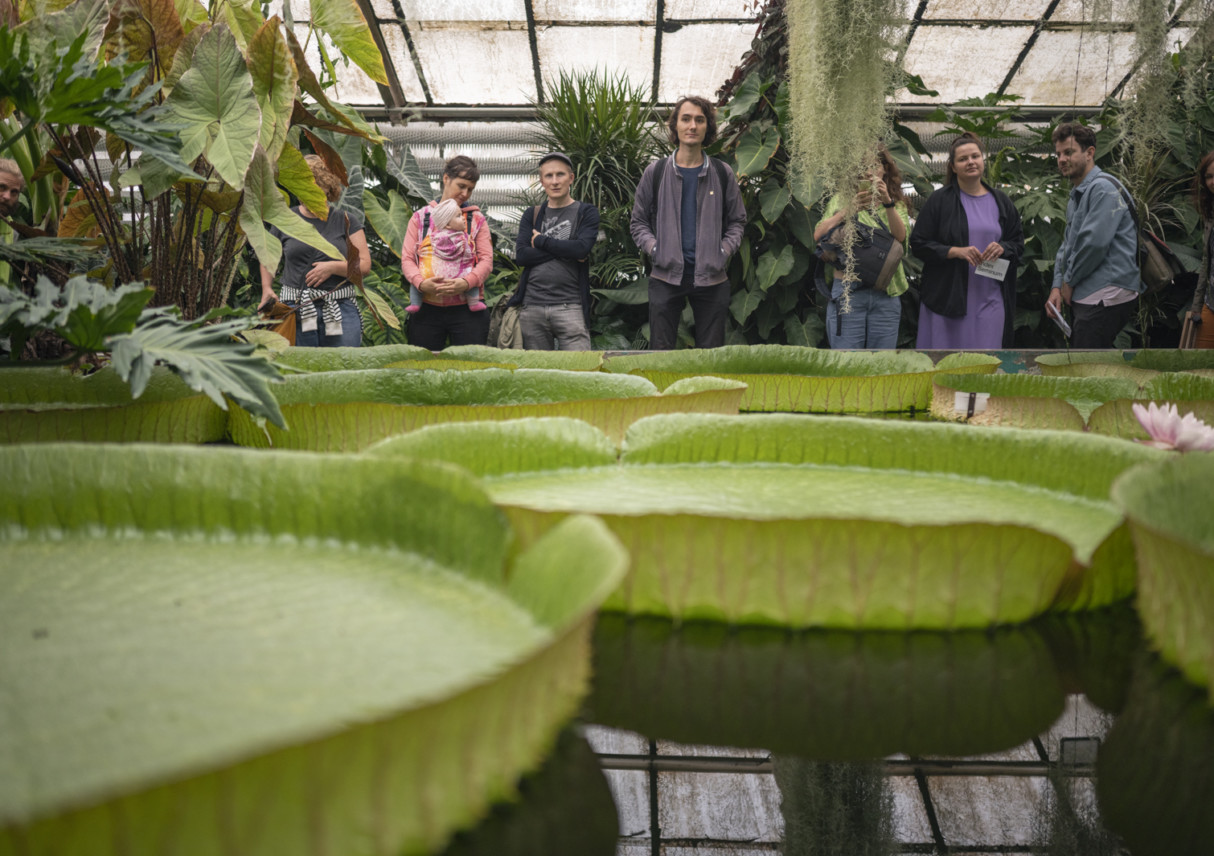 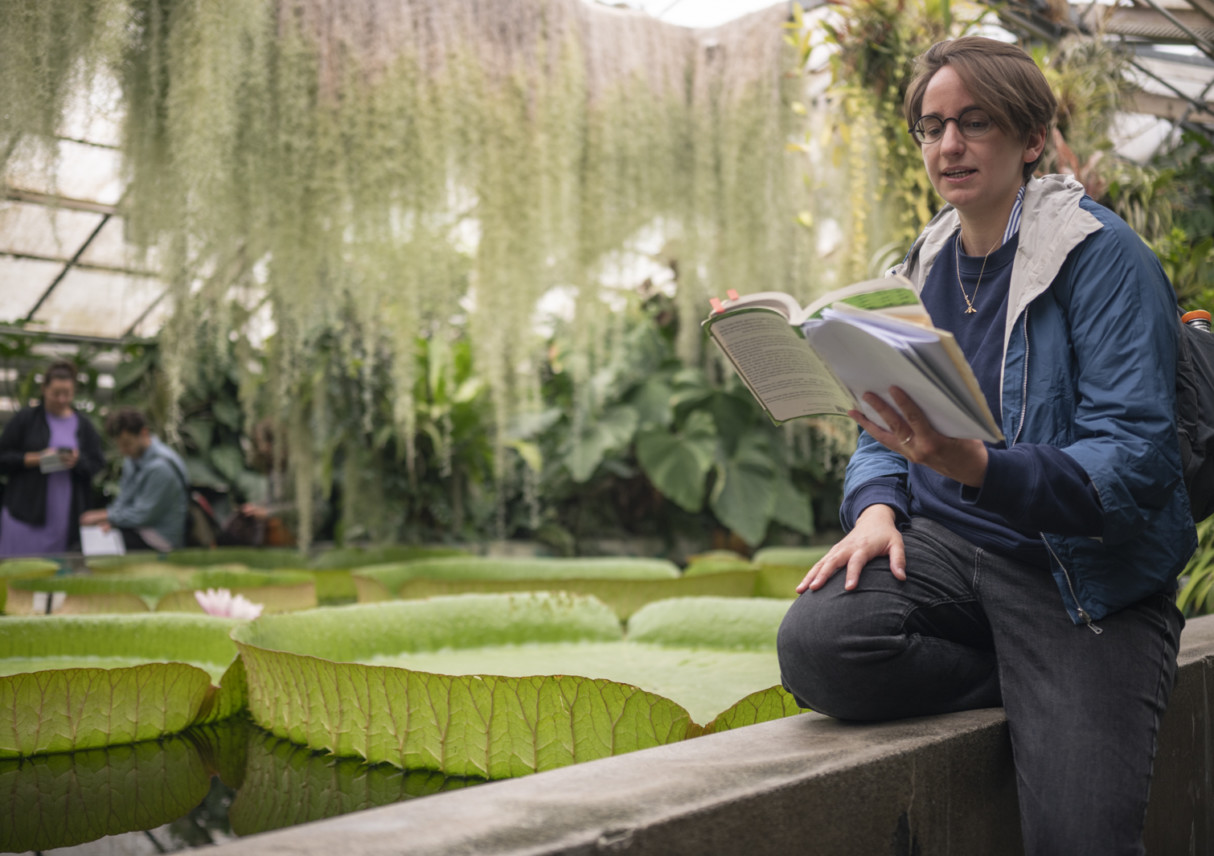 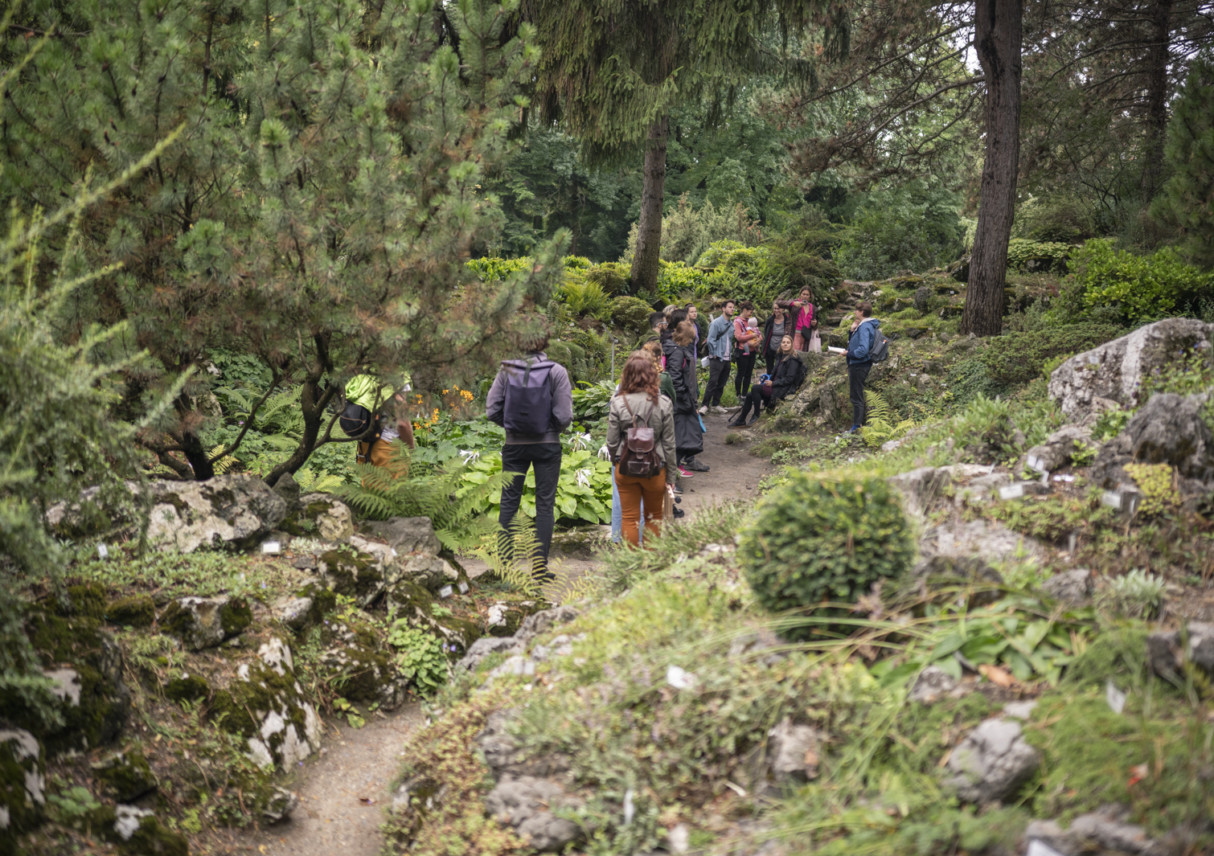 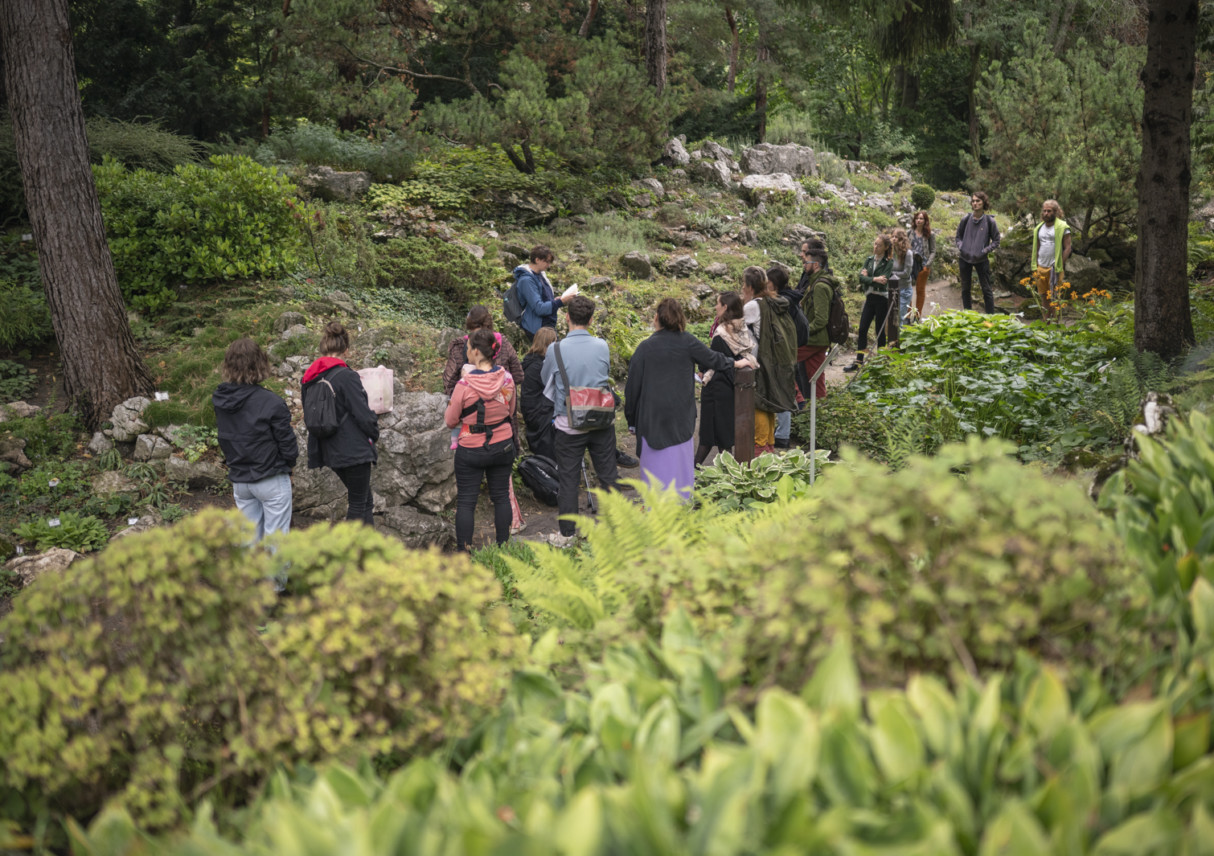 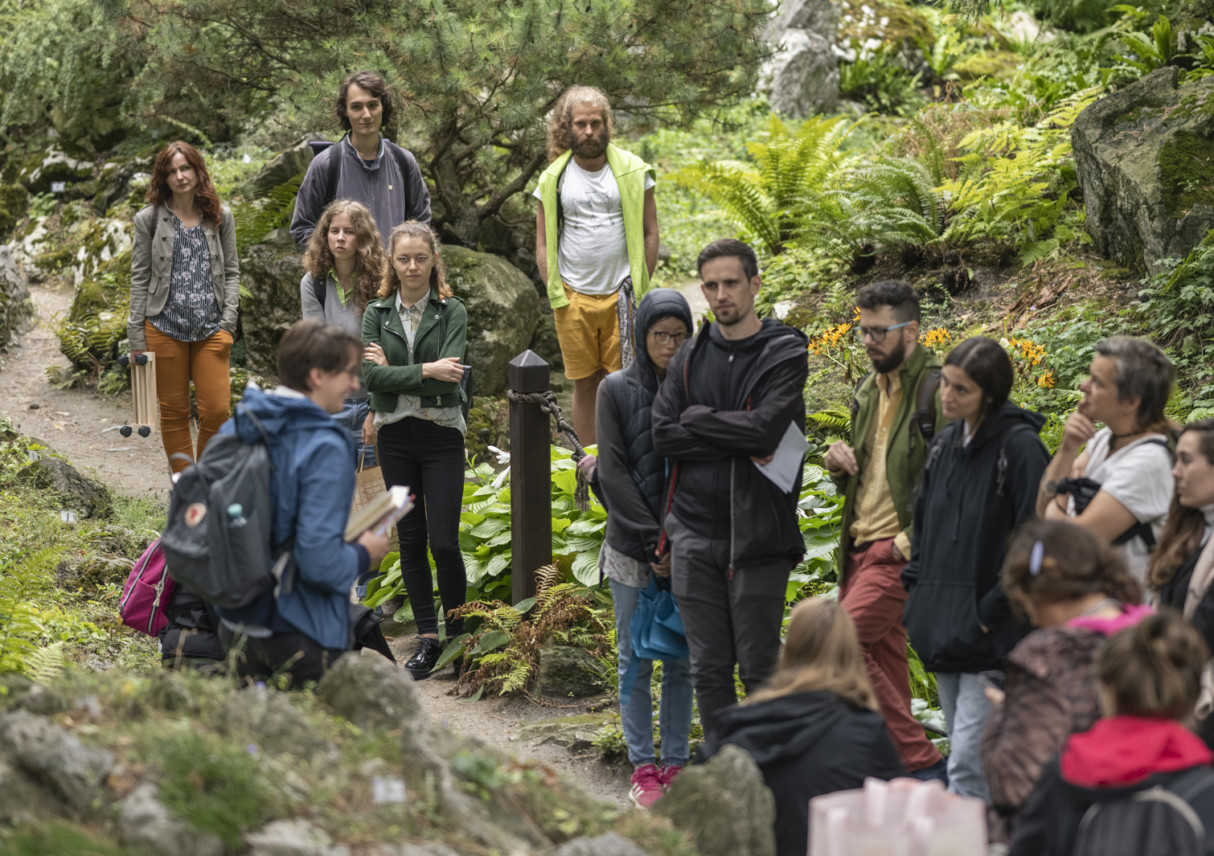 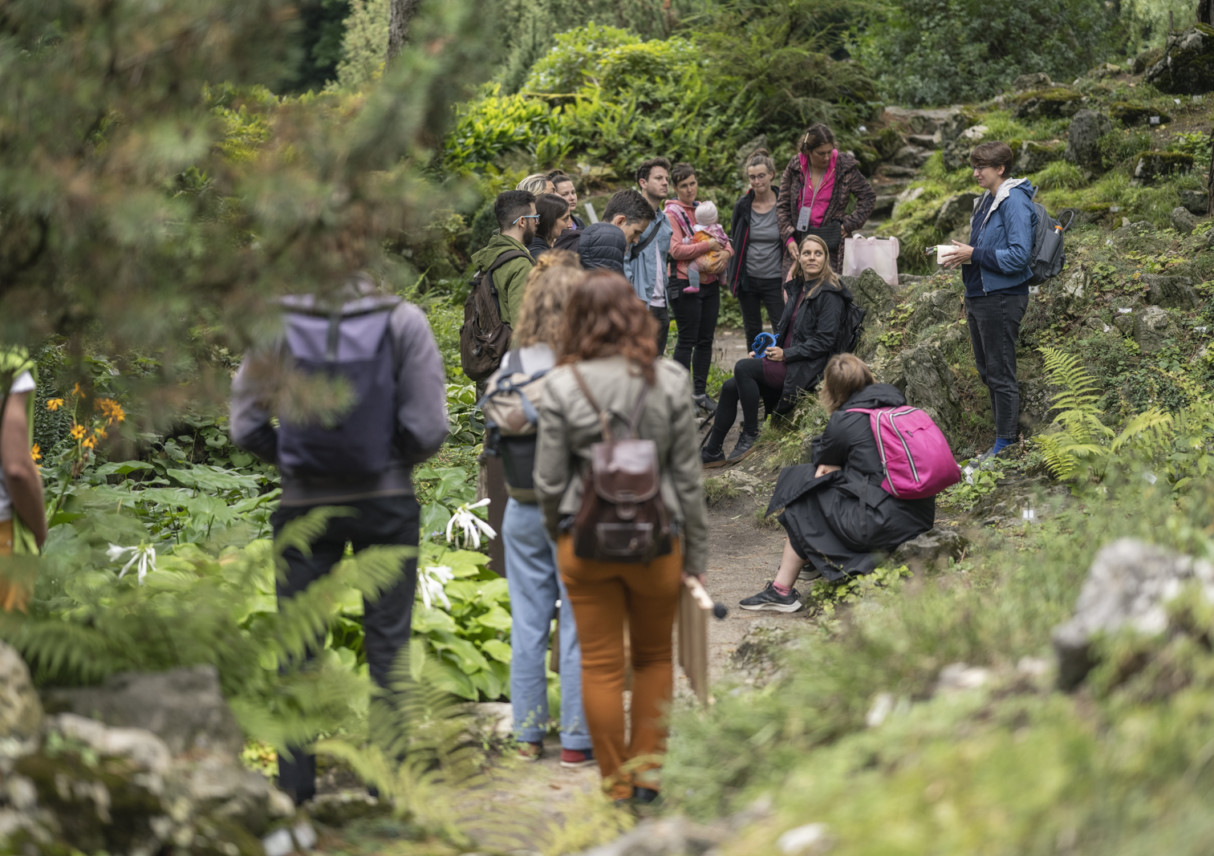 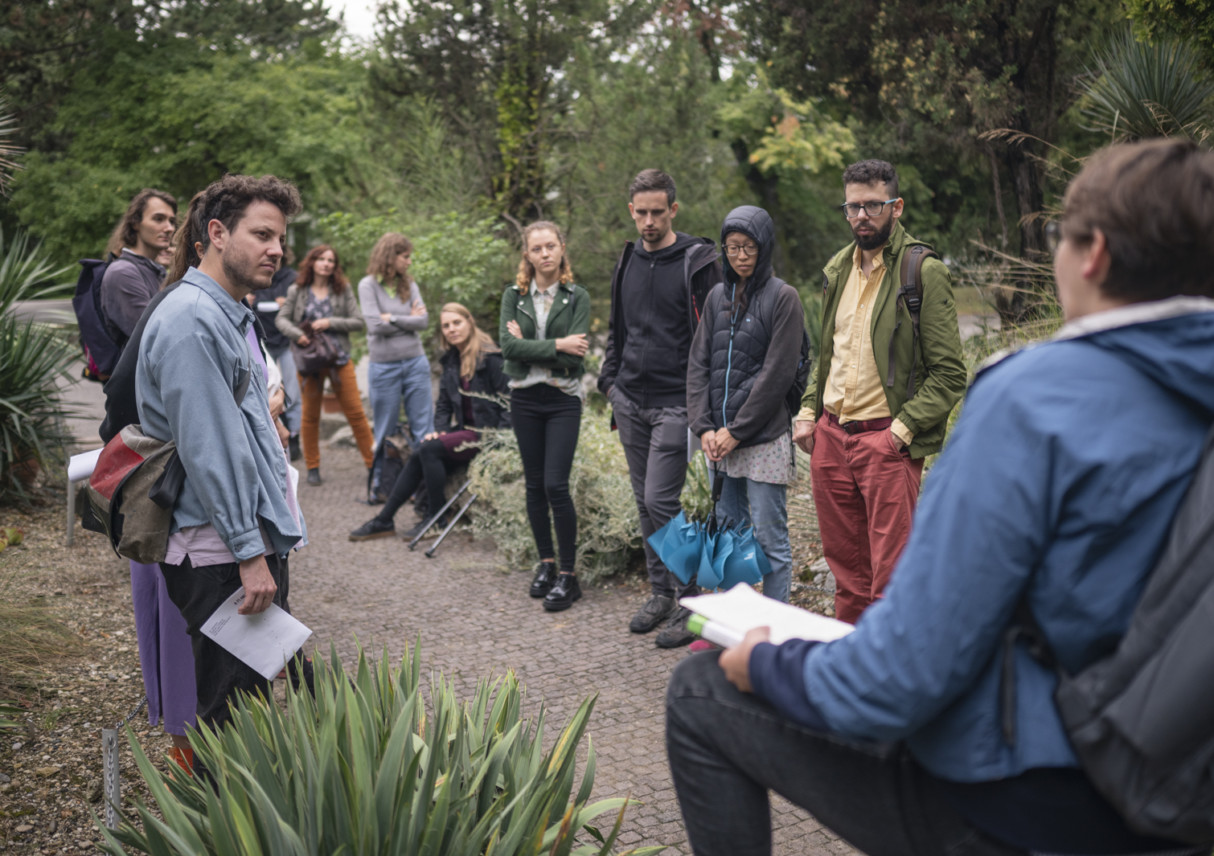 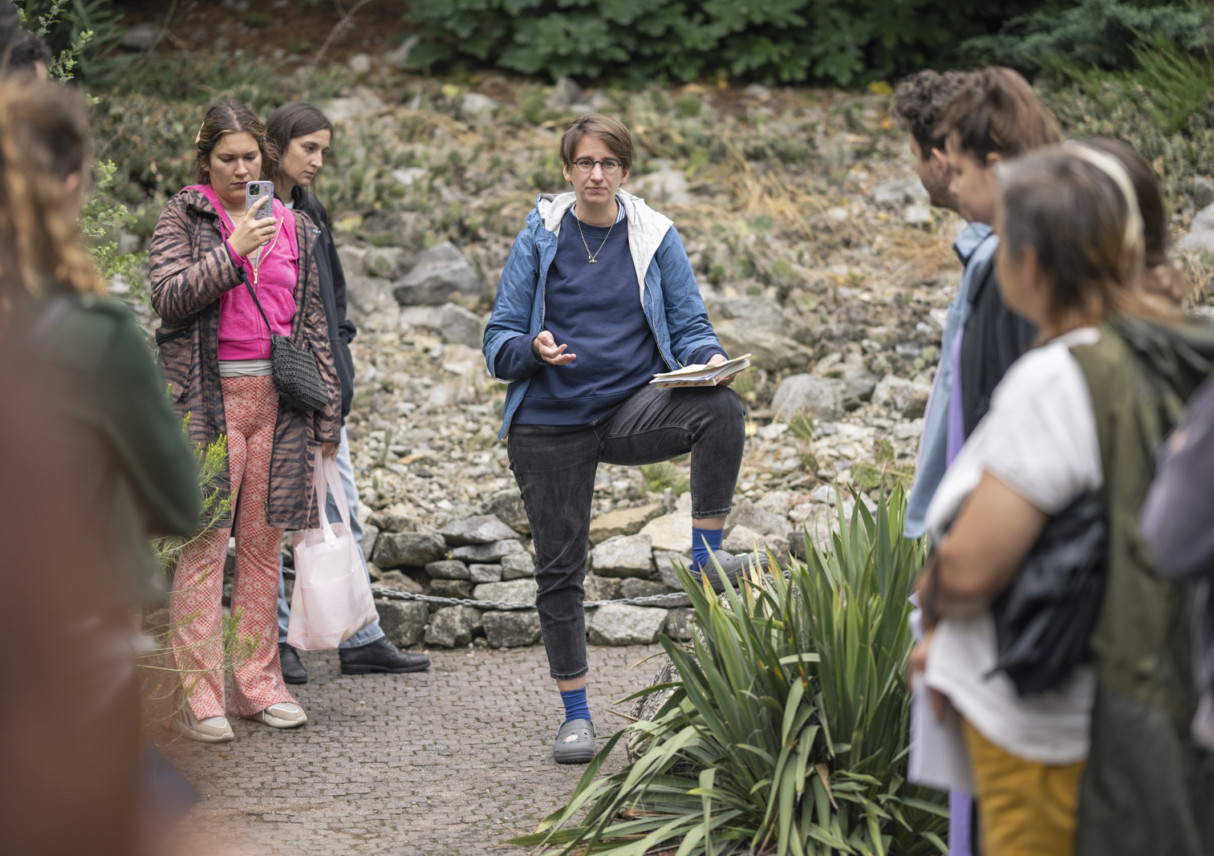 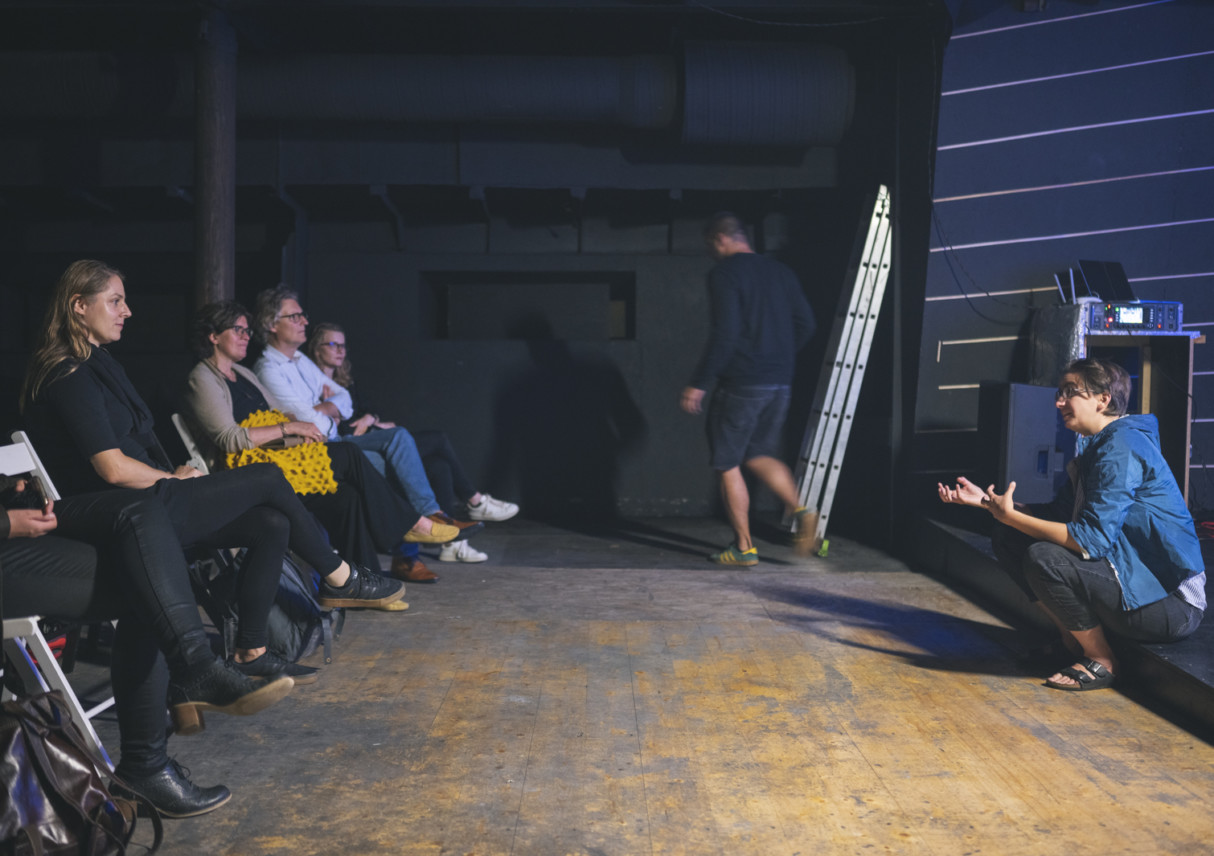 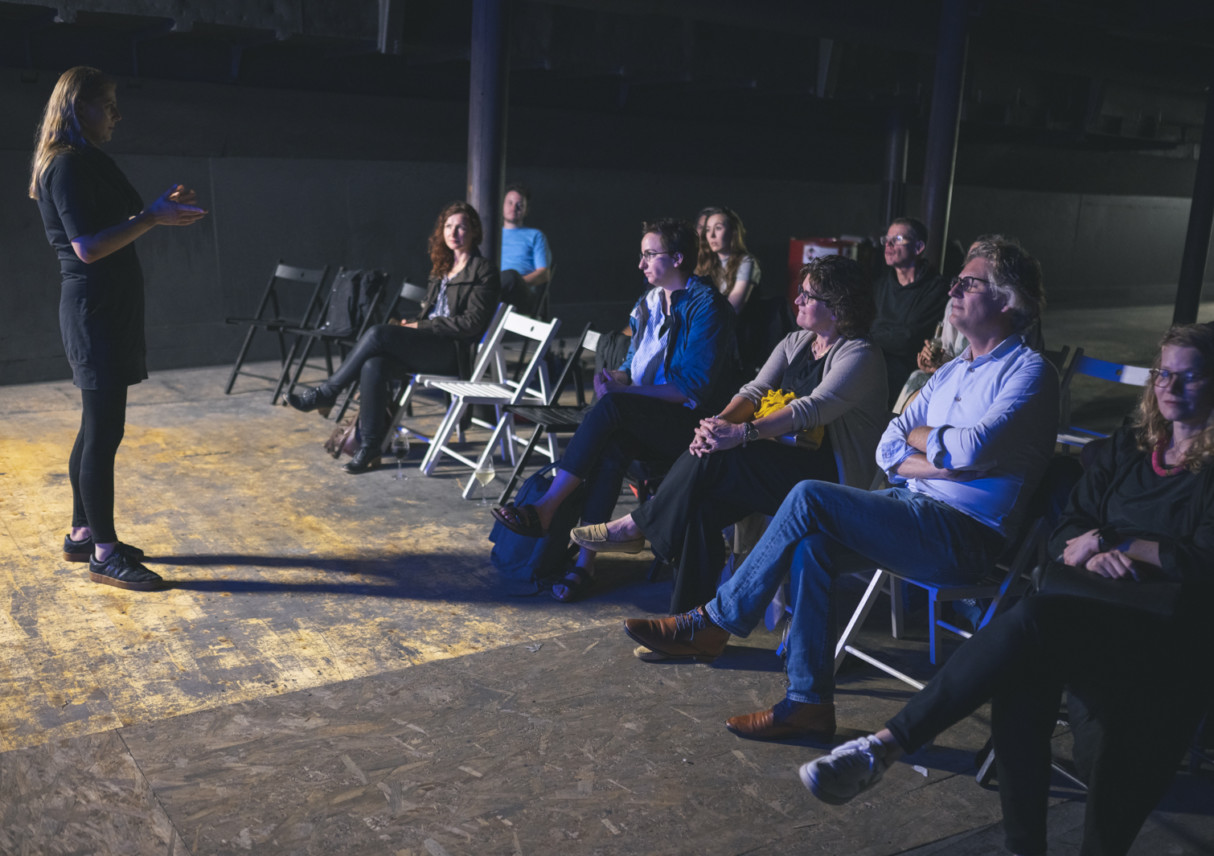 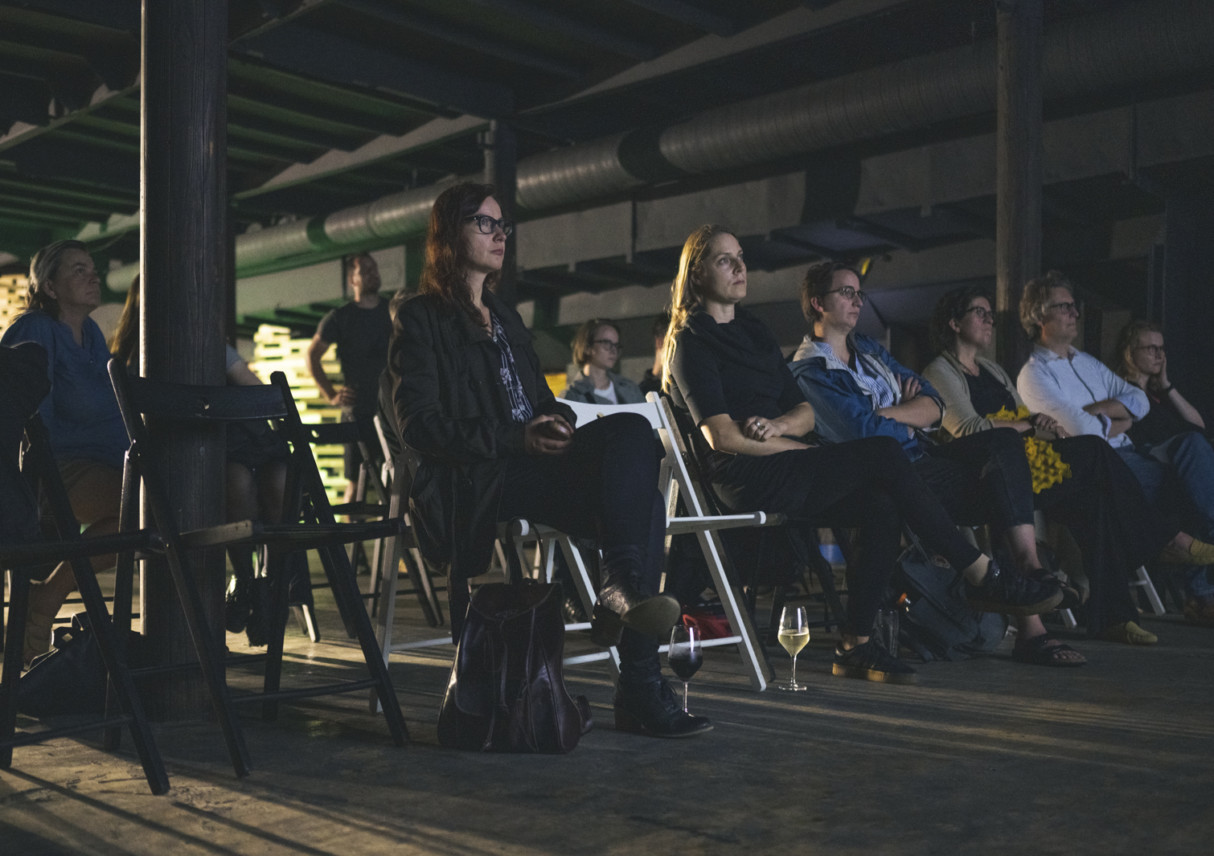 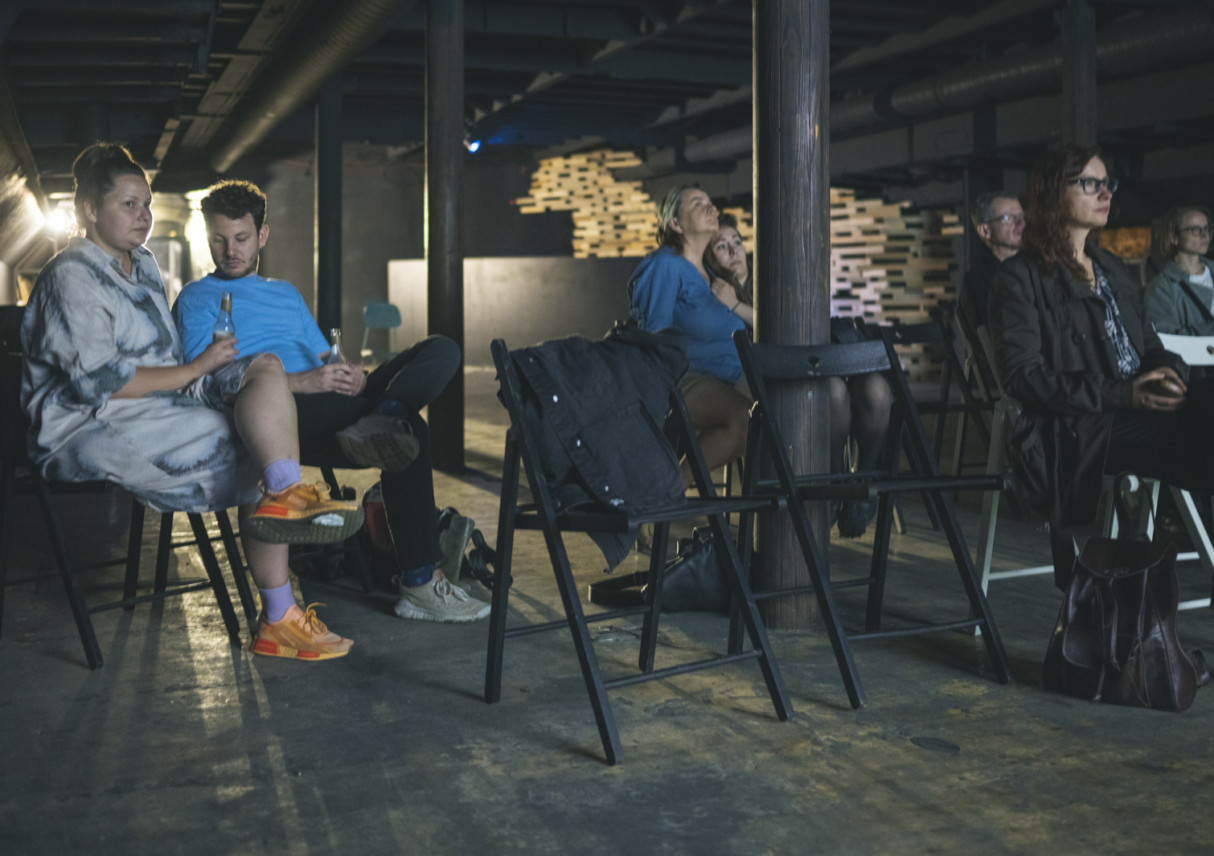 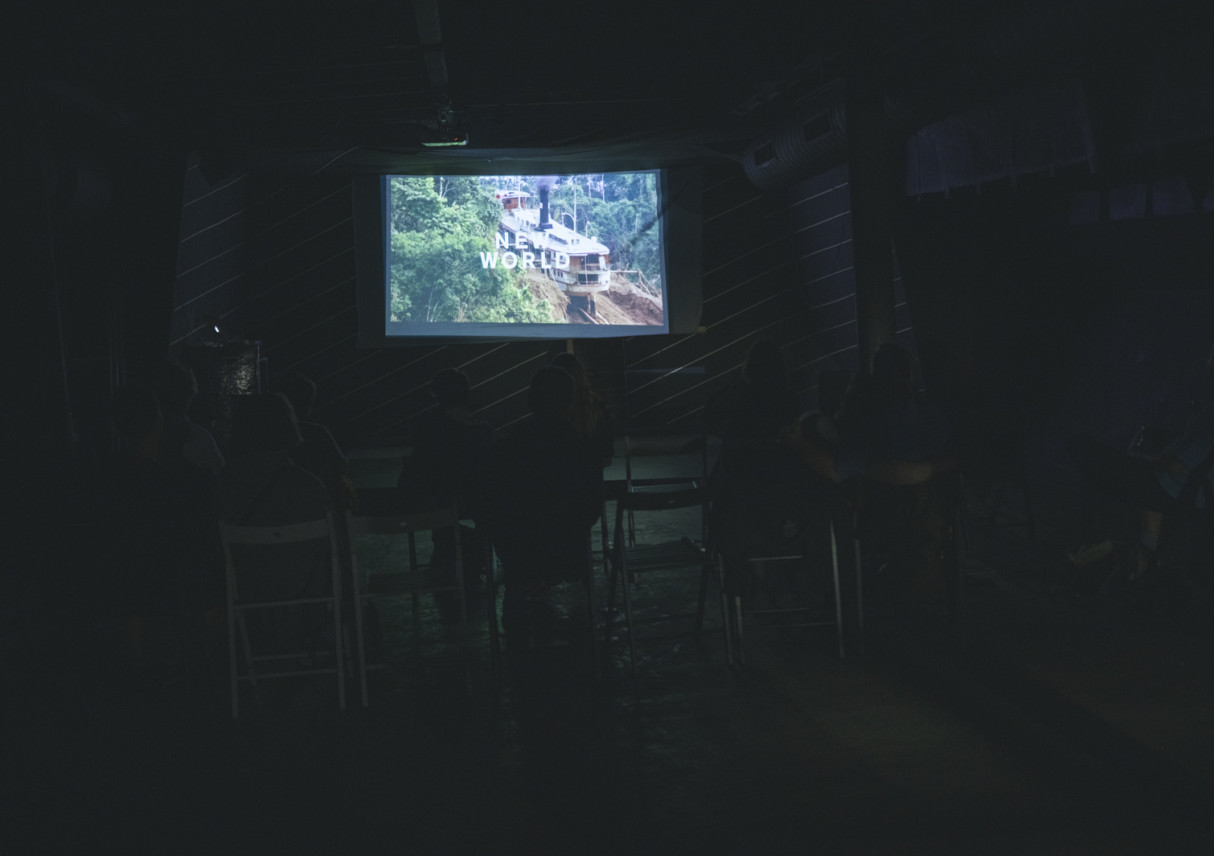 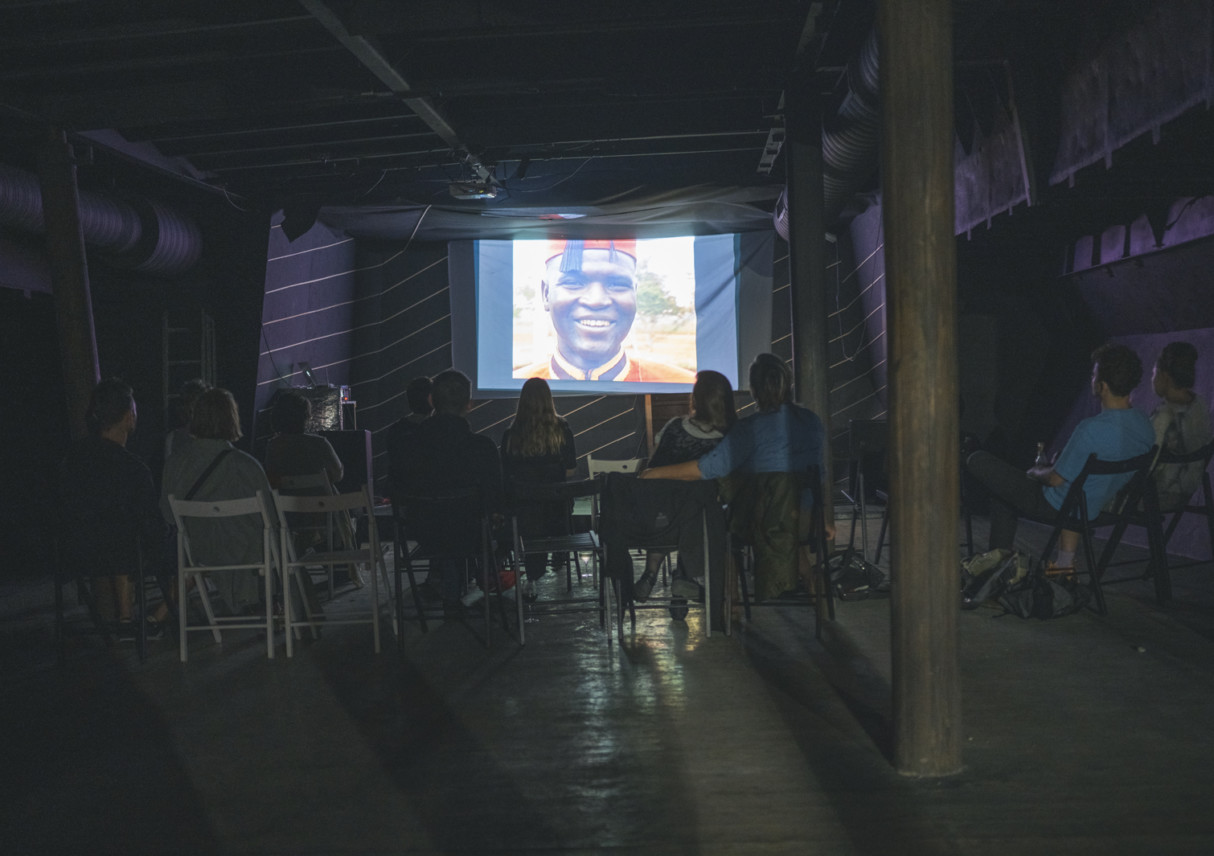 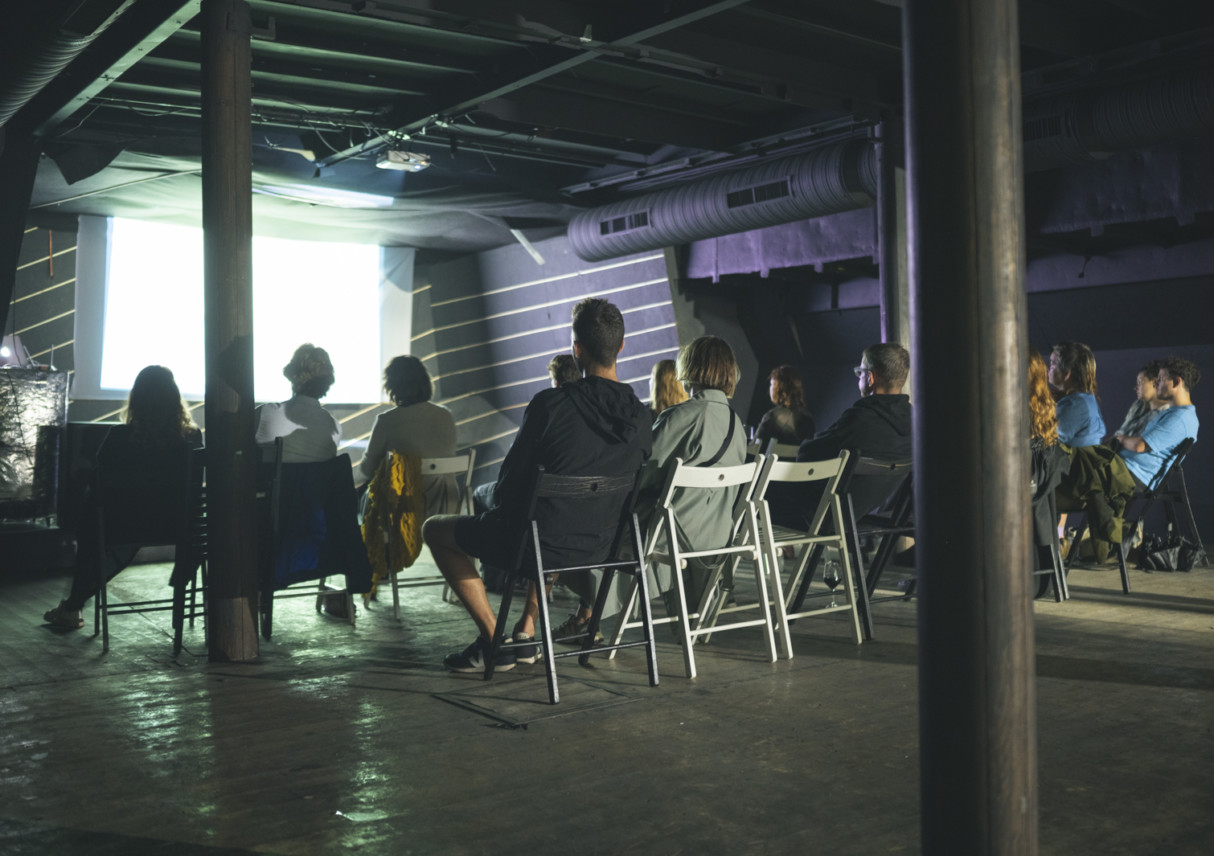 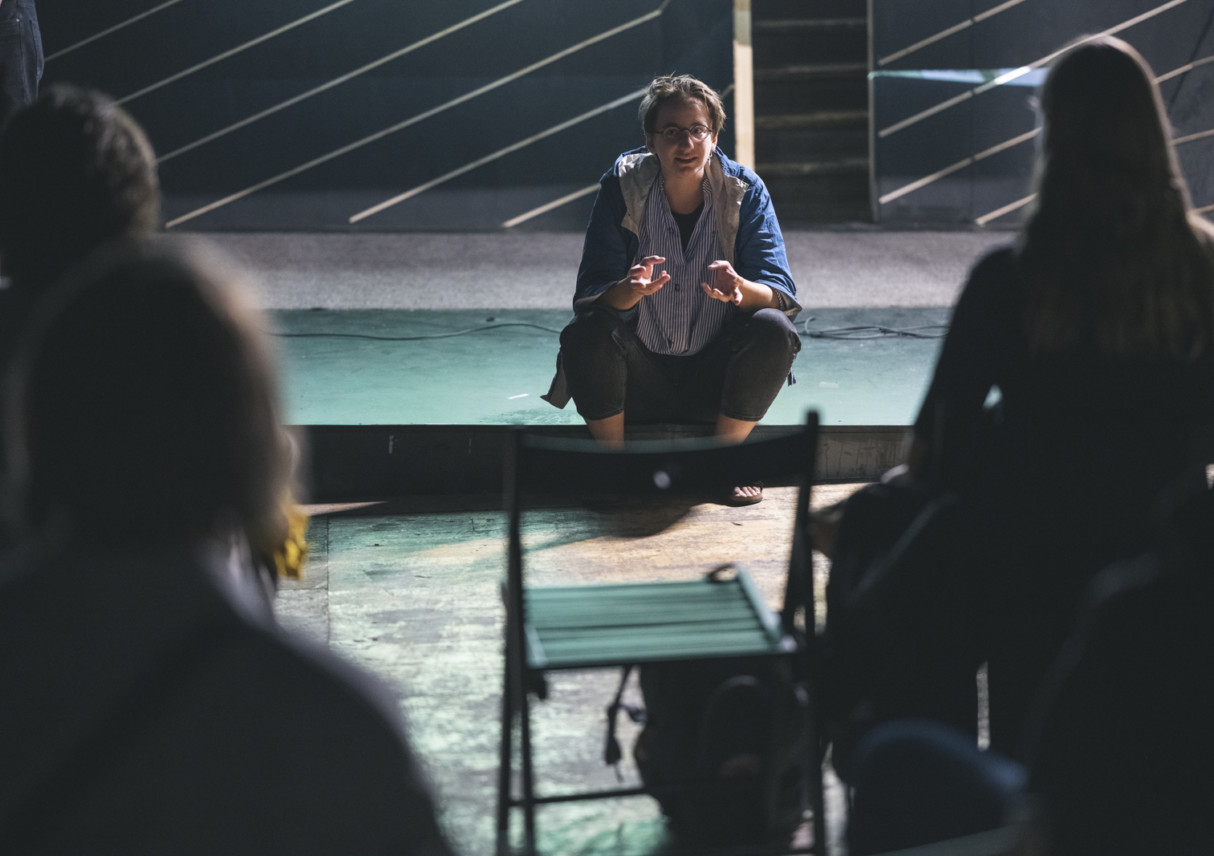 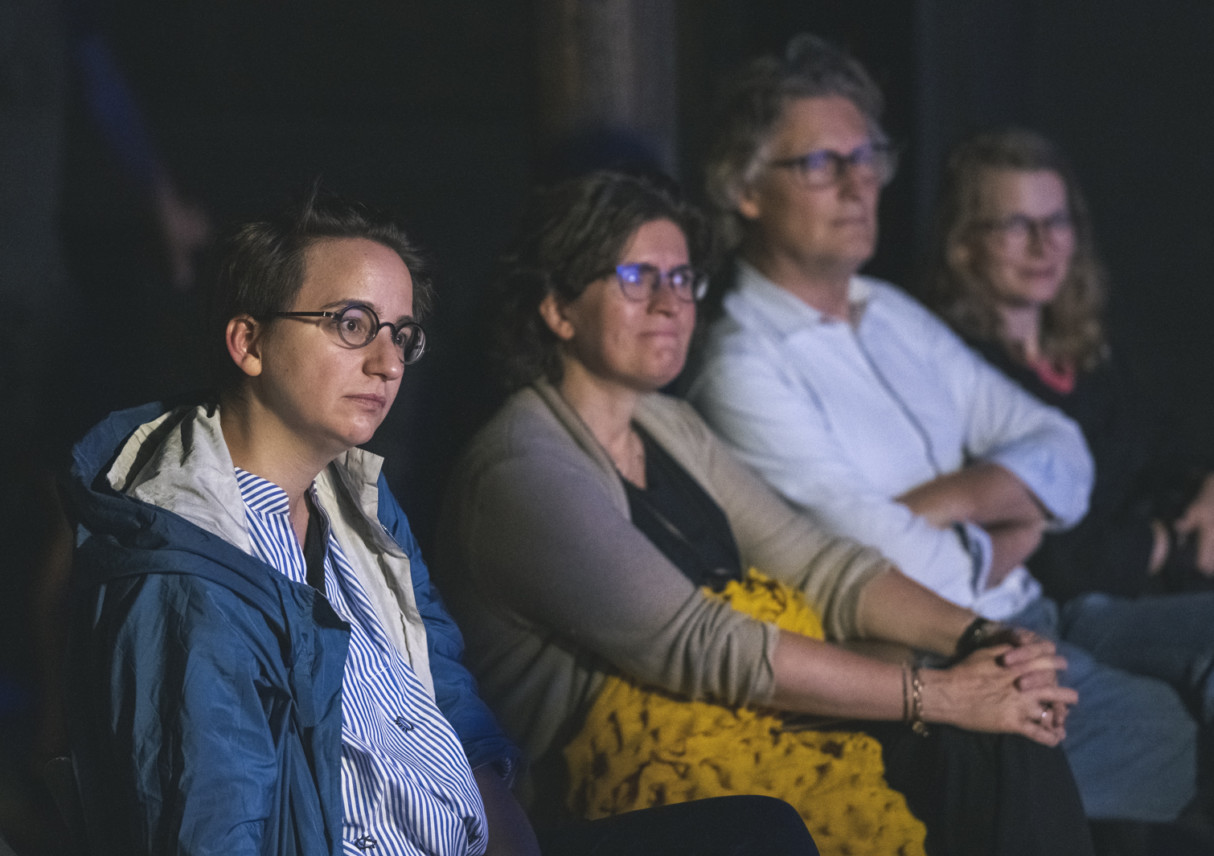 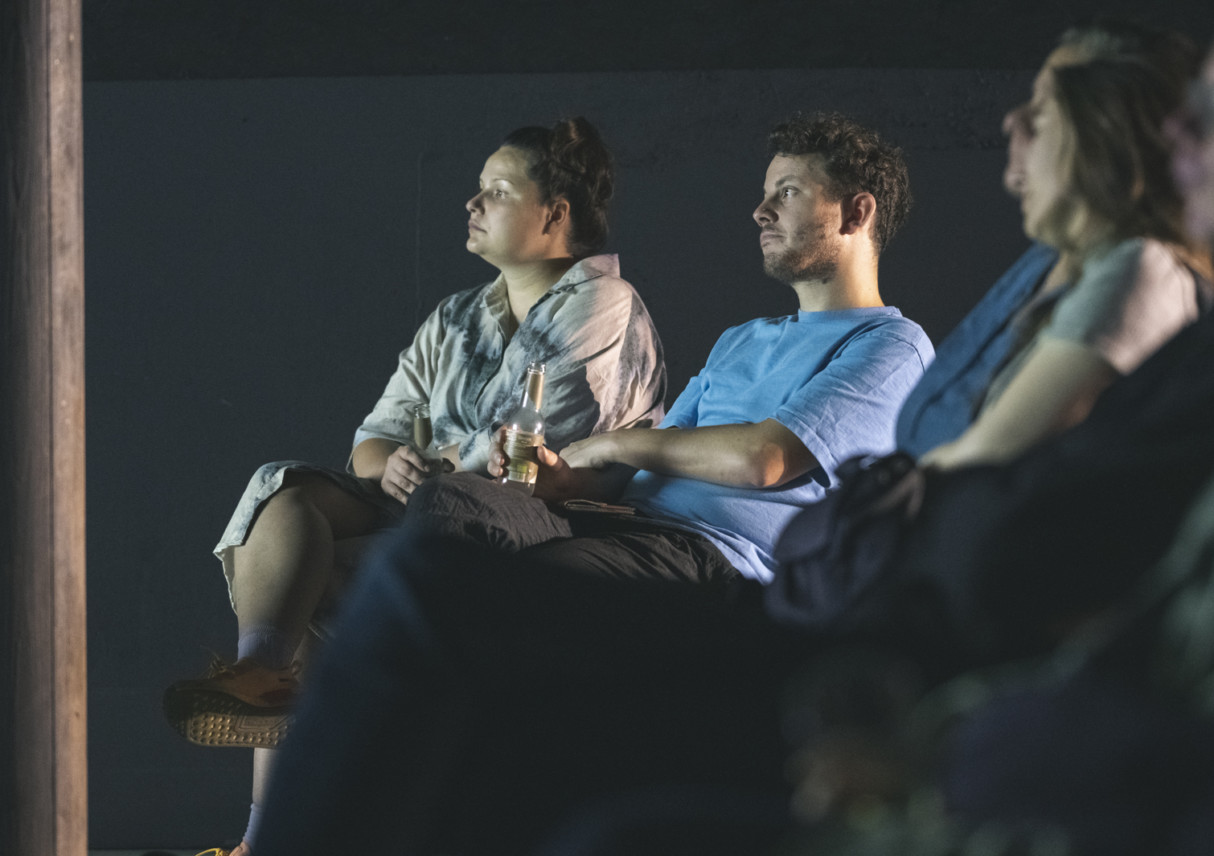 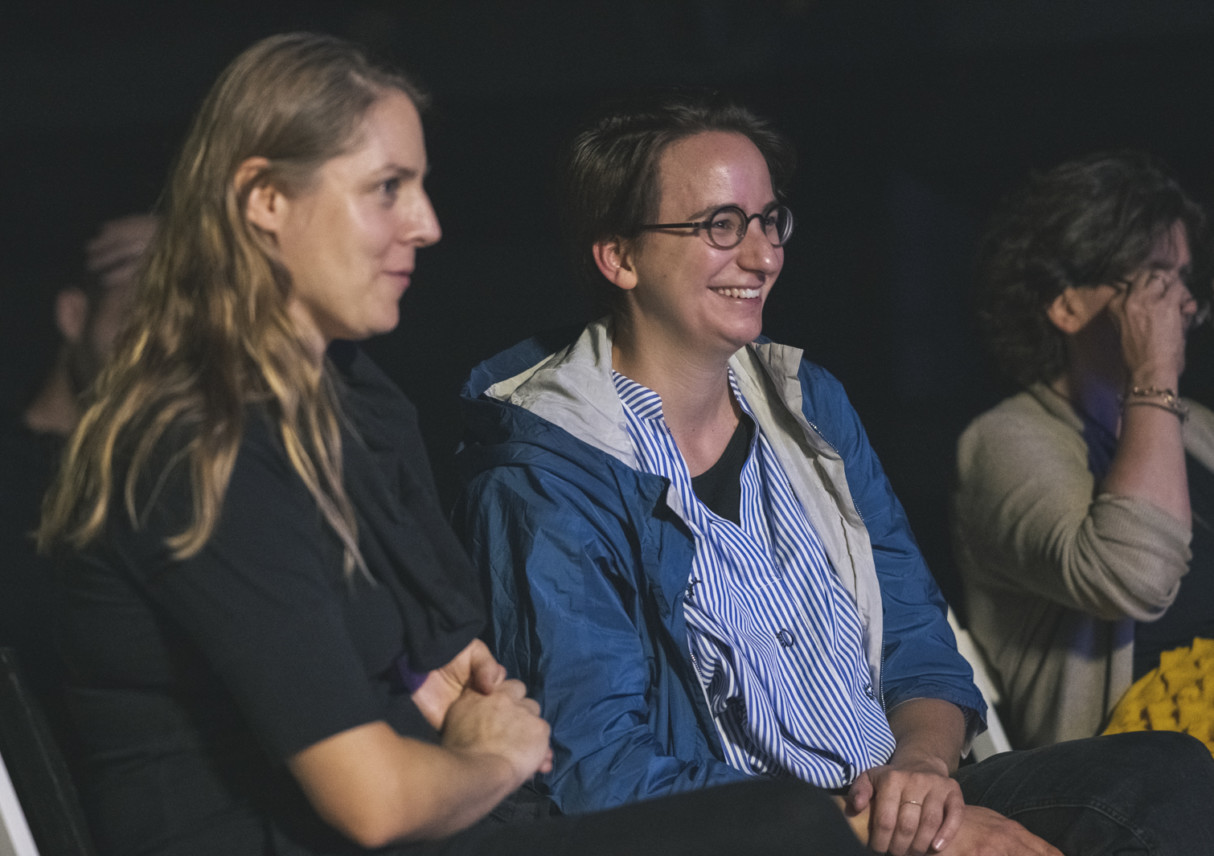 Performative reading of texts and screening of films about plant seeds from the point of view of (de) colonization. One of the main scientific outputs of the Comenius University Botanical Garden is the management of the Seed Index (INDEX SEMINUM), which will be the central theme of this event. “A very important task of the botanical garden is to publish the Seed Index. Through the Seminum index, the Botanical Garden exchanges seeds with 530 botanical gardens in the world. The exchange has been successful since 1952. ”

The programme includes performative readings of texts that reflect on colonial journeys of knowledge, the creation of botanical gardens as aspirational and colonial structures, and their role in the collection, banking and dissemination of seeds and species. Texts will be gathered from multiple sources: writings by colonial travellers, information from scientific journals, texts from the environmental humanities, philosophy and science fiction. The readings will be aligned with different habitats in the botanical garden and the narrative will be a journey across different times and places. The performative reading in English will be followed by an open discussion led by Borbála Soós.

Texts will include sections based on multiple sources of information: including accounts of colonial travellers, information from scholarly journals, environmental humanities texts, philosophy and science fiction. Readings will be aligned with the different habitats in the botanical gardens, narrating a journey through different times and places.

Registration: lydia.pribisova@kunsthallebratislava.sk
Participants of the event have free admission to the Botanical Garden

The works in this screening programme reflect on the filmic representation of nature, and how nature is culturally, politically and cinematically constructed. They follow colonial journeys of discovery in tandem with using the camera to narrate a certain relationship with the surroundings. While some of the films consider the creation of botanic gardens as aspirational and colonial structures, as well as their role in collecting, banking and spreading seeds and species and ultimately contributing to the rapid change in biodiversity across the globe, others unfold how contemporary techniques such as GMOs, terminator seeds, fully automated greenhouses and extractivist corporations exacerbate these issues. Together they explore that the current ecological crisis is intimately intertwined with the crisis of representation as well as political, health, economic and social crises.

The ecologic crisis is a political, economic and social crisis. It is also cinematographic, as cinema coincides historically and critically and descriptively with the development of the Anthropocene. “A Film, Reclaimed” is a conversation, an essay that reads the terrestrial crisis under the influence and with the help of the beautiful and terrible films which have accompanied it.

The narrative of the “Journey to a land otherwise known” is based on the first accounts made in America by European scientists, conquistadors and missionaries including Bernal Diaz del Castillo, Hans Staden, Jean de Léry, Charles de la Condamine. Shot entirely in the Tropical Greenhouse of Lille, France a brutalist building constructed in 1970 by Jean-Pierre Secq, this setting becomes the theatre of a rainforest, presenting the explorer’s speech and his visions. The film unravels the notion of exoticism as defined by scientific colonisation. Huertas Millán criticises the political construction and the “othering” places and peoples, the foundations of which lie in ethnographic and botanical expeditions.

“The Ague” focuses on the Royal Botanic Gardens, Kew in London. Plants from all over the British Empire were taken to these botanic gardens to be studied for their commercial and other applications. Today Kew houses the world’s largest seed bank, and in many ways still represents the heart of the colonial empire. Mata Dupont transports us into this world through the case study of the Cinchona tree and by adapting Virginia Woolf’s short story “Kew Gardens”, in which Londoners wander through the gardens in a dreamy state of semi-consciousness. In her adaption of the story, the scientific claims of the gardens acquire increasingly irrational traits, whereby truths and misinformation, colonial histories, and our ecological future coalesce.

As the images of plants and genomes pile up, we follow the voice of an astronaut in outer orbit, on his way to colonize a “twin” planet Earth in another galaxy. Through his male voice, the film asks: Is there a deterministic, evolutionary line connecting modern botany to contemporary transgenics? Gathering modern botanical drawings by European naturalists in Latin America and Southeast Asia, plant genome representations, contracts and United Nations documents about the legal status of transgenic seeds, as well as early depictions of the reproductive systems of flowers and humans, this short film essay explores the sexual imaginary of botanists such as Carl Linnaeus to consider the post-natural conditions governing current biotechnology, the colonial management of reproduction, as well the representation and indexation of life forms past and present.

Following the question “What is it that prevents us from cultivating our garden?” Molinos​ ​Gordo​​ ​decided to tackle the bureaucratic obstacles in agriculture and address one of the most controversial plant biodiversity laws introduced over the past few decades in Turkey; the Seed Law no. 5553.​ ​In close collaboration with independent researcher Ayse Ceren Sarı, Molinos conducted meetings and interviews on the transformation of agriculture with several people in Cappadocia and across Turkey, among them farmers, agriculturists, gardeners, environmental activists, PhD students, academics, researchers, villagers and seed traders.​ ​Focusing on the specific case of Seed Law no. 5553, Ayse and Asunción tried to understand seed policies and what these policies imply for the region through the opinions and comments of the interviewees. “Purpose, Scope and Penalties” was produced by Asuncion Molinos Gordo in the context of the Cappadox Festival (Uchisar, Turkey) “Let Us Cultivate Our Garden”, 2016. Curated by Fulya Erdemci and Kevser Guler.

​”​Agrologistics​” ​looks at recent technological transformations in contemporary industrial agriculture. Tulip bulbs, chrysanthemum stems and vine tomatoes are processed through cameras, feeding datasets that regulate their own growth. During the day, the greenhouse is a cinematic device, an automated film set optimized for the mass production of fruits and flowers. At night, the factory stops: without an inside or an outside, the greenhouse becomes an oneiric chamber where plants, animals and machines f​o​rm new entanglements​.​

The film explores how the climate crisis is interpreted and weaponi​s​ed within various ideological discourses.​ ​While liberal climate propaganda argues that ecological collapse is the responsibility of human individuals, rather than extractivist corporations, libertarian climate propaganda considers the climate breakdown as a new resource for geomarkets and interplanetary coloni​sation. And while conspiracist climate propaganda claims climate change is nothing but a hoax to enforce population control, eco-fascist climate propaganda takes it as an opportunity to double down on the question of who, in ecosystem collapse, has the racial right to survive and who does not.​ ​Through examples of popular and political culture, from the nature documentaries of David Attenborough to the Marvel superhero franchise, the video study attempts to dissect the conflicting realities each of these climate propagandas brings about​.​