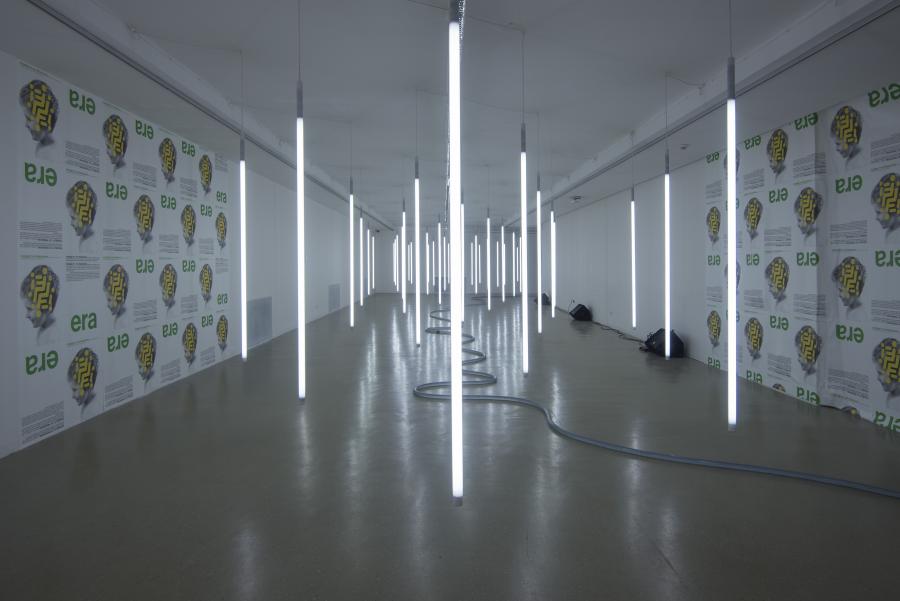 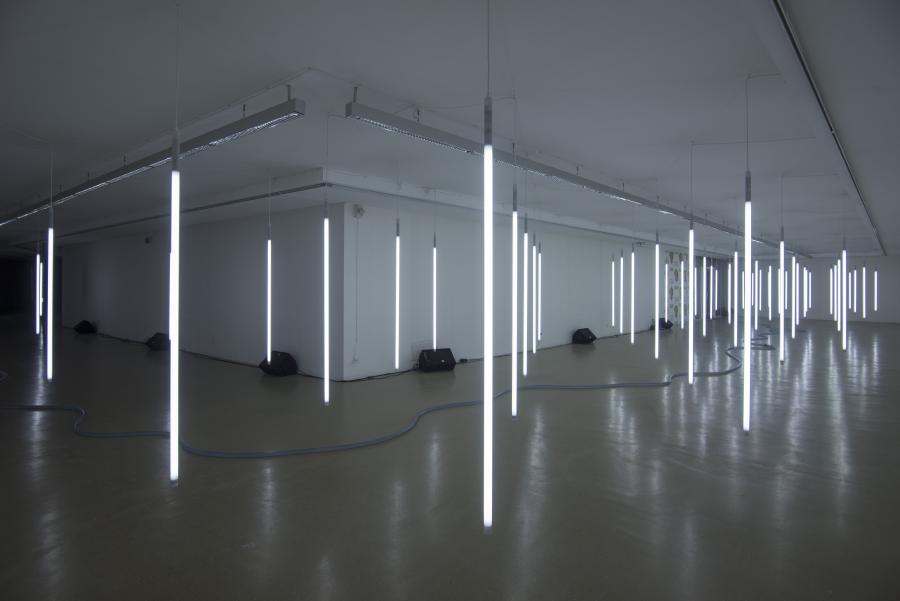 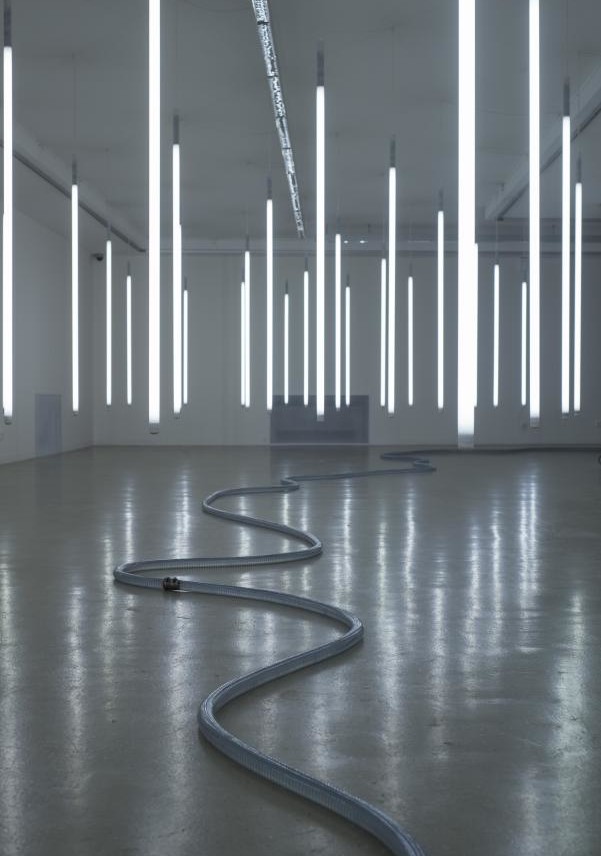 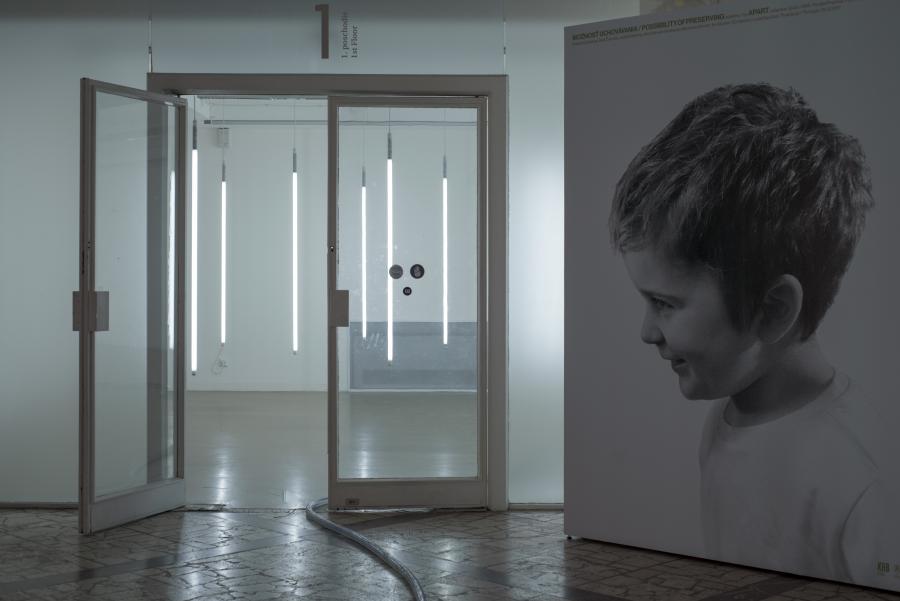 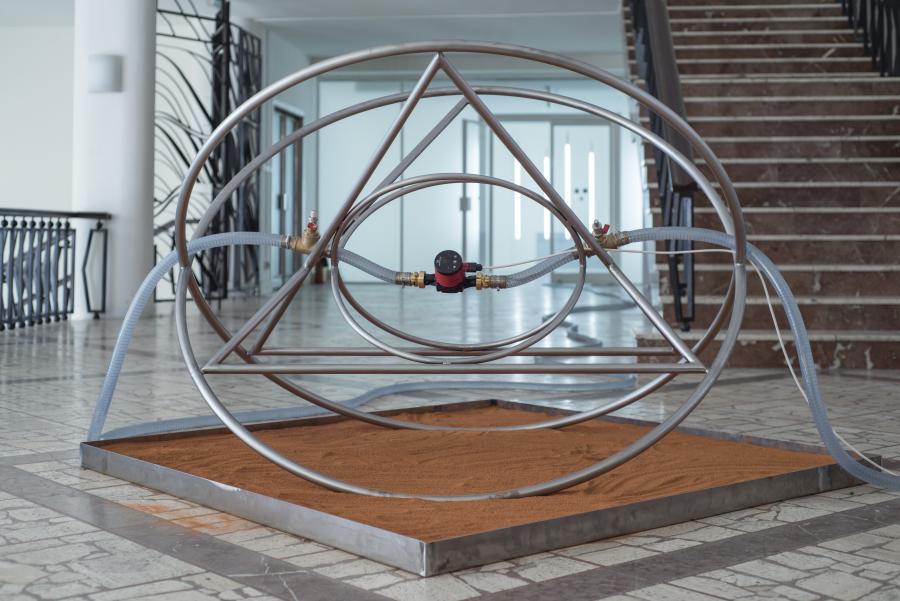 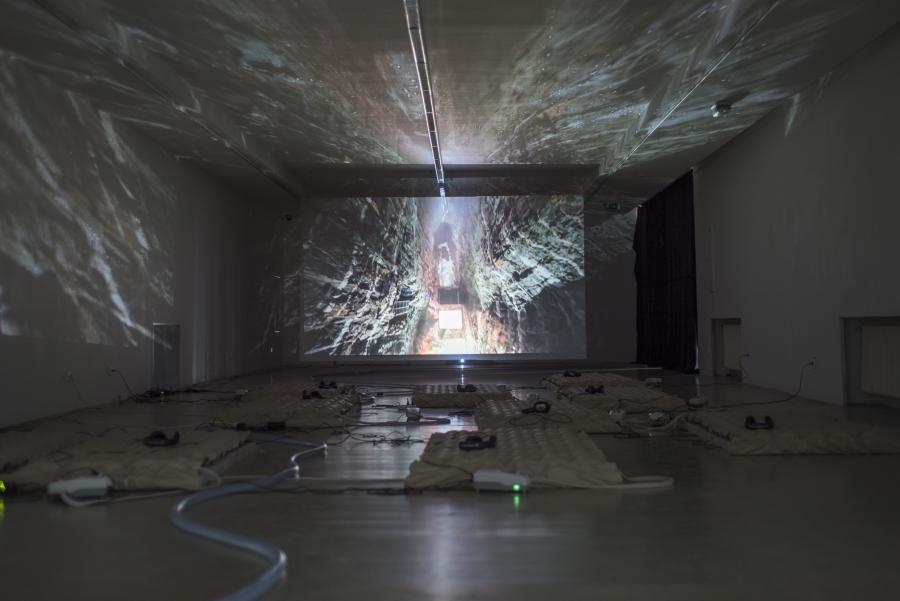 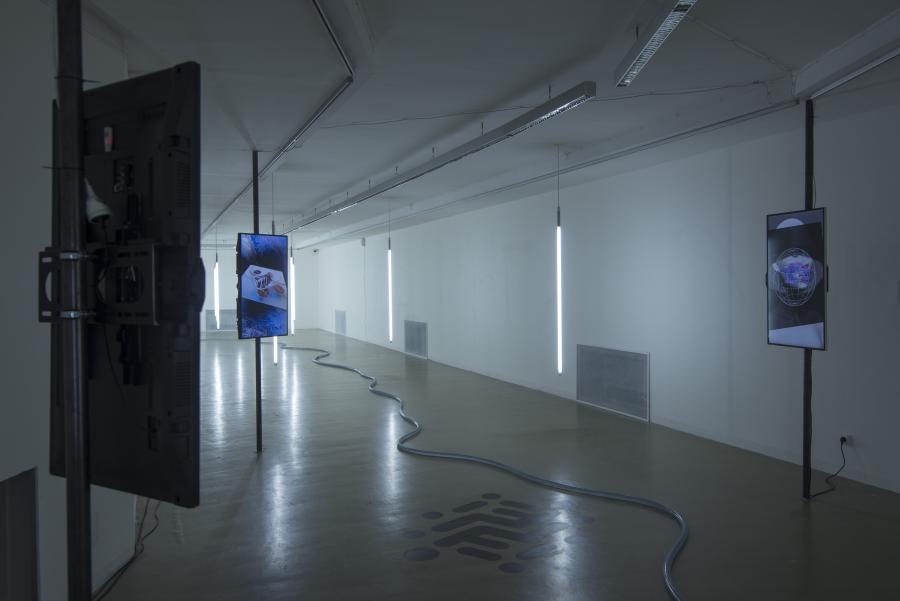 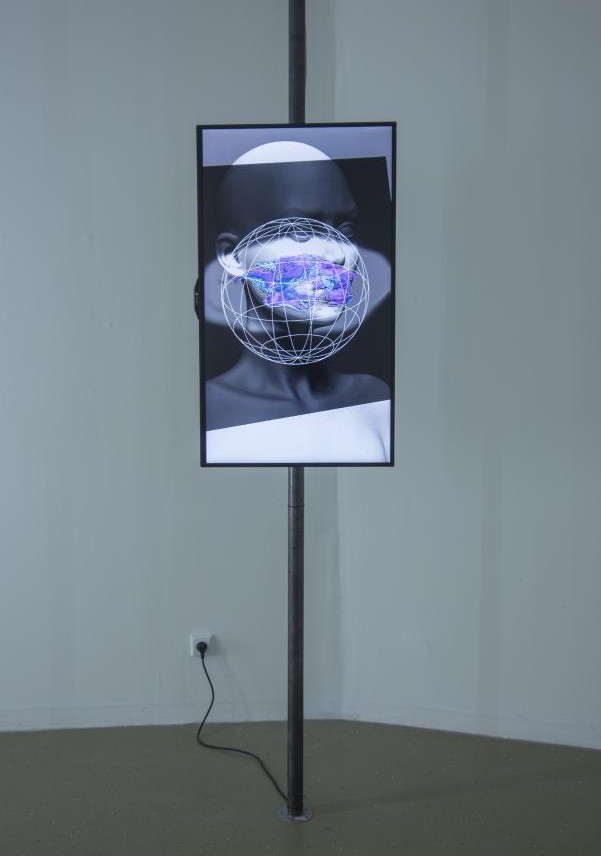 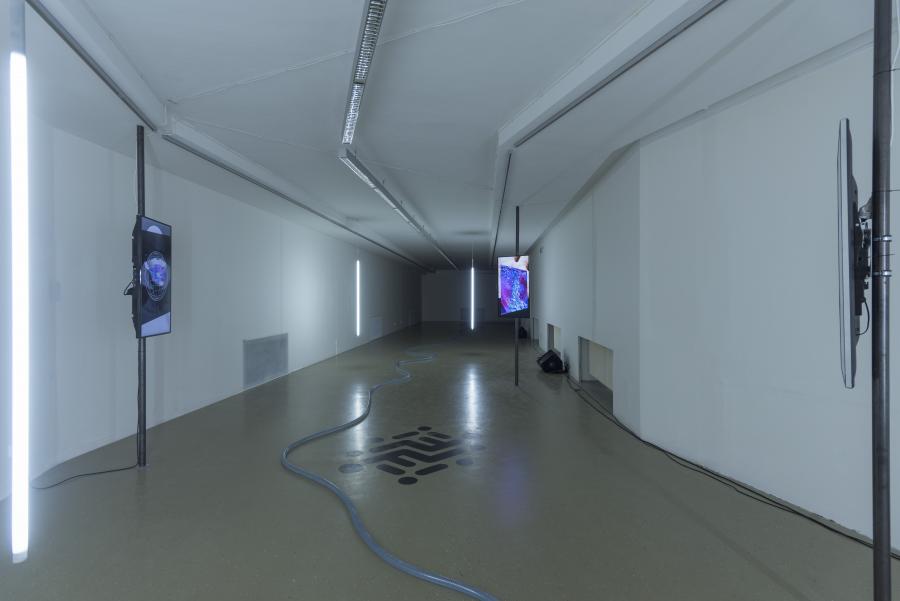 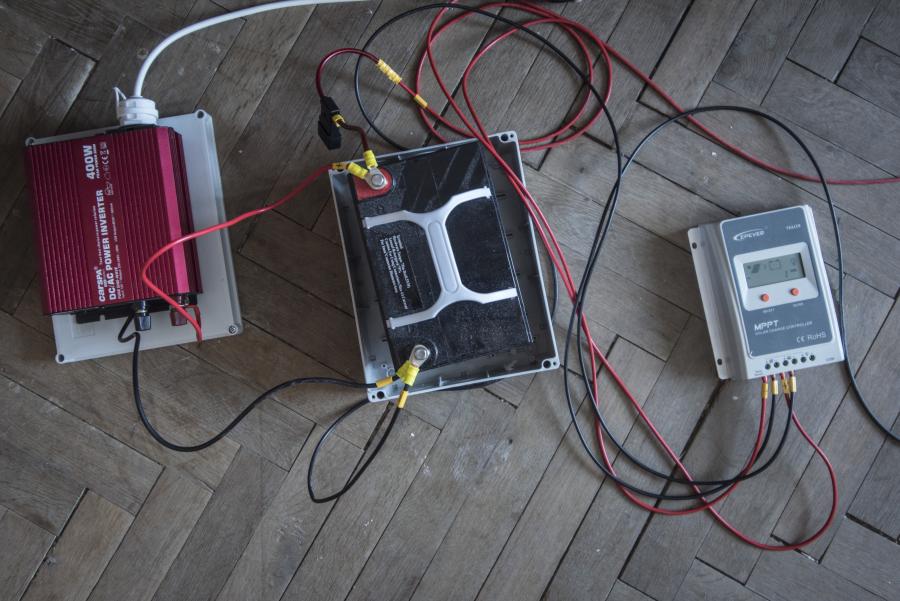 The work of the group is not limited to author’s production only, but also includes the organization of activities related to the advancement of the discourse on contemporary visual arts (editorial, curator’s, and exhibition activities as well as cultural activism). Each aspect of the way the group functions is also reflected in the way it approaches the creation of the exhibition. The core lies in interconnecting various perspectives and settings, including also other invited authors from the field of visual arts, based on the method of trial and error. Here, the primary importance is put on the process itself, while the final output remains unpredictable and, in principle, secondary. The authors enter a dialogue, exploring the fragile boundaries of artistic production – (non)production by way of subverting and questioning the approved procedures. Pursuing the collective approach to the project, they, by definition, challenge the work of art in its final form – as an ultimate artifact. Similarly, they test the exhibition format through their directorial, regulative, and stage-managerial inputs. The viewer thus encounters and becomes part of the emerged situations, legitimizing them through his or her very presence.

The alchemistic symbol of transformation is a principal element of the entrance object of the exhibition – a pump propelling water circulation through the whole exhibition area in the shape of a gallery. The circulation is secured through the supply of solar energy, generated by way of a solar panel that has been installed by the authors on the roof of the House of Art building. Its physical placement in the space navigates the viewer to move around the exhibition area, dominated by the light gradient of transition from absolute glare to darkness enabling one to perceive film screenings in the end of the exhibition area. Towards the end of the exhibition the viewer is encouraged to change his or her vertical position to a horizontal one when invited to lie down, to free him or herself from the context of the exhibition/institution/surrounding environment and to perceive without interruptions the flow of consecutive screenings related to the theme of the exhibition. The omnipresent vocal accompaniment introduces the visitor to a vision of the future era, characterized by the full automation of human labor. Thus, it outlines a possible state of affairs in the “hereafter“, metaphorically embodied by Pangea Proxima as the ultimate form of an ancient-new arrangement of the continents. The authors interconnect various notions, while drawing from the ideas of Russian cosmism and manifold contemporary speculations about transhumanism and the evolution of humankind in the future.

They use a database of texts to choose passages that – in their new arrangement – create a meta-text responding to the authors’ visions of a human gathering based on ADA, a collective artificial intelligence. The latter has transformed society for human’s sake and enabled an ideal state of society where work is not required as a necessity, generated by the capitalistic system. Rather, work is transformed into the principle of creative thinking/ art production. Art has become the ultimate social capital. It has become everything; the definitive phase is emerging when art permeates everyday life. ADA describes the newly-emerged society and how it must have defined itself over against the presently existing social problems. The authors call the new establishment ERA (Earth Recharging Association). This is meant not in the sense of a corporation. Rather, it is envisaged as a society that may represent a business entity, but also (and especially) a human gathering – a system of collective human existence and interaction.

The exhibition is a utopian and futurological story that draws from the contemporary discourse on the issues of minorities, gender questions as well as the issues such as corporeality, mortality, social establishment, identification, culture, and overall world order. However, it offers neither answers nor solutions. Instead, it asks questions and admits failures. The key moment represents the conditions that predetermine human transformation and emancipation into a higher form of being, with the machine becoming equal to the human as the former begins to feel for itself. The environment of the exhibition is supposed to evoke the ideal state of affairs, when a being is introduced into and becomes an inseparable part of a total artistic installation. The being is encouraged to pursue a frame of mind when no energy output is required; to become one with the environment and to resign oneself to the care of technology.

The ideas and points of departure of the exhibition are integrated in the image of a child that symbolizes the exhibition’s visual identity. It represents a straight-forward answer to the question of what the world will look like at the moment that work ceases to exist. Is preservation possible? Everyone (not only parents) would like that…